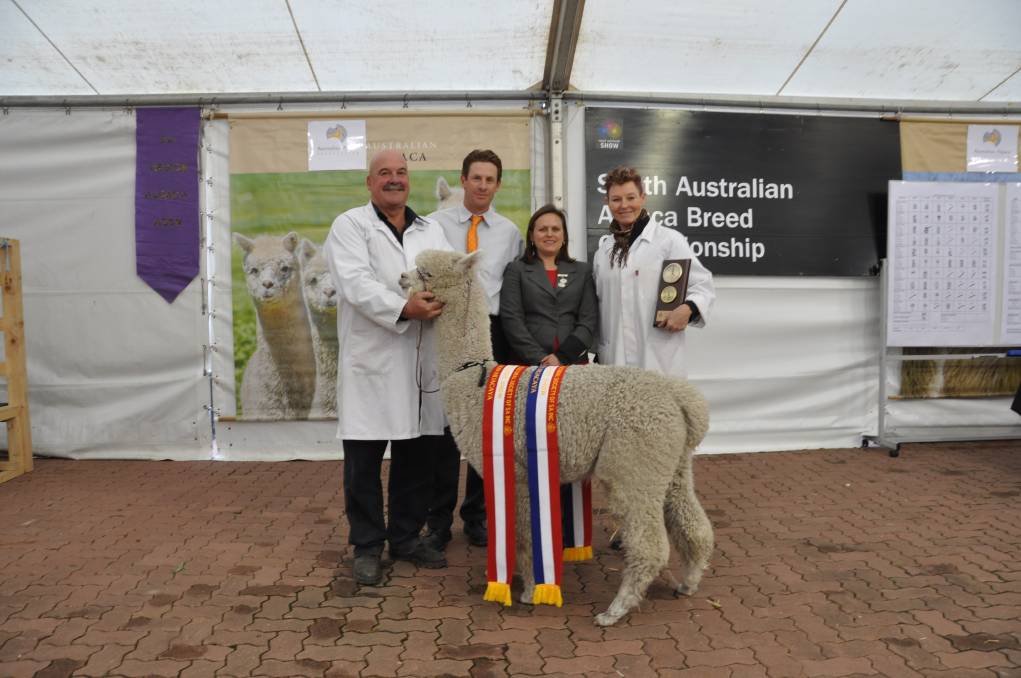 Judge Marc Mullette, Shahrizai, Tansey, Qld, described her as having a soft crimp with lovely style.

"She is just as fine as the younger animal she was up against which was really appreciated as well," he said.

Mr Mullette said she had a lot going for her, being a big, strong girl with a lovely fleece with great consistency.

Marquez Alpacas took out the title of grand champion Suri for the second year running with their junior male Marquez Luciano.

The seven-month-old was described by the judges as having a lovely frame, brilliant lustre and a growing fleece.

They said he was also growing himself out while producing a quality fleece.