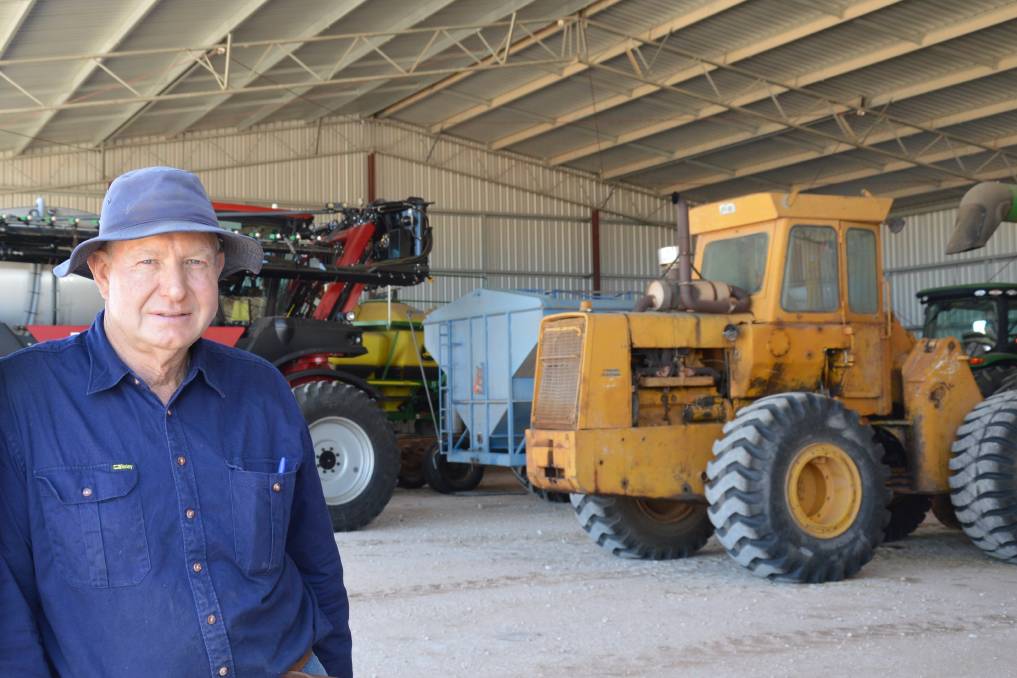 DESPITE a premium of up to $20 a tonne for non-genetically modified canola, croppers are increasingly turning to GM technology.

DESPITE a premium of up to $20 a tonne for growing non-genetically modified canola, Australian croppers are increasingly turning to GM technology to improve yields and on-farm weed management.

That's according to Australian Oilseeds Federation executive director Nick Goddard, who was a guest speaker at a Future Farming Forum in Adelaide on Monday, where GM crop technologies were the focus, in particular canola.

GM crops are grown in Vic, NSW and WA, while SA has a GM crop moratorium in place until September 2019 and Tas until November 2019.

This year, about 13 per cent of canola grown in Vic will be Roundup Ready, 11pc in NSW and 30pc in WA, according to Monsanto Australia.

"Since WA started growing GM (in 2010), the uptake has been phenomenal," Mr Goddard said.

"It fits so well into their farming systems and their weed management programs."

Mr Goddard said this was despite overseas markets paying a premium.

"The European market want non-GM because it gives them a choice of either using it for human consumption or biodiesel, and then canola meal as livestock feed after that," he said.

"But even with a premium, WA growers continue to grow GM because they are seeing a benefit in-field for weed management."

Mr Goddard said the AOF was neither for or against GM crops.

"Our role is to make sure market choice can be met," he said.

"However, our expectation is that the GM canola industry will continue to grow, particularly as that is where all the major seed companies are focusing their breeding research."

But Mr Goddard said there would always be a premium for non-GM crops.

"That premium is needed to fund growers that are going to end up recording poorer yields, paying higher input costs on weed management, and eventually paying higher segregation costs," he said.

"Once that GM portion overtakes non-GM, it will be harder to manage in the supply chain, and higher costs will be associated with that."

Forum attendee and Grain Producers SA chief executive officer Darren Arney said the economic benefit to SA graingrowers of remaining GM-free had yet to be quantified.

"The state government's moratorium is based on a supposed price premium, but they haven't showed us the marketing advantage of staying GM-free," he said.

"Segregation has been successful interstate, so farmers that wished to remain non-GM would not be disadvantaged by farmers that were growing GM.

"GPSA believes the moratorium should be lifted to give farmers the choice of whether they grow it or not."

"Part of the problem is that the science is not well understood, but nor should we expect everyone to understand the science, it is complex technology," he said.

State Agriculture Minister Leon Bignell said retaining the moratorium meant SA had a "competitive edge in both domestic and export markets because of our clean and green status".

"I'm proud to say SA is fruit fly-free, phylloxera-free and the only mainland state where it is illegal to grow GM crops," he said.

"That statement makes people sit up and take notice because so few places in the world can match our exemplary record. Even our neighbouring states can't match it.

"Some SA companies are successfully using that claim in their marketing and they are receiving a premium price for their produce. But, if you're not doing the hard work in marketing, then you're probably missing out.

"While some people in one sector of our state may believe there are short-cuts to profits, they must realise that by giving into their requests to grow GM crops, we would be denying many more people in so many other sectors the right to seek a premium price."

The story Calls for choice on GM first appeared on Farm Online.