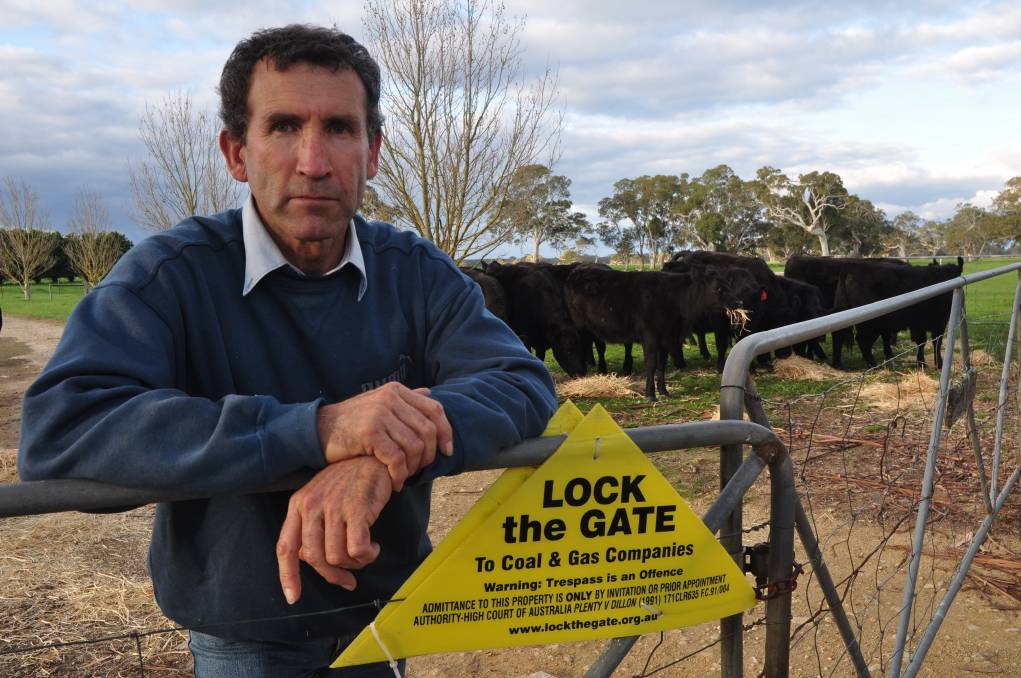 Kalangadoo farmer David Smith says he is deeply concerned about the effects of fracking on underground water and human health.

KALANGADOO farmer David Smith is more determined than ever that high-volume hydraulic fracturing should not be allowed in the SE.

KALANGADOO farmer David Smith spent hours randomly calling residents of the United States when he heard about the potential for unconventional gas projects in the South East but now that he has visited these areas, he is more determined than ever that high-volume hydraulic fracturing should not be allowed in the region.

"To see it and talk first-hand with professionals has confirmed my original thoughts that it looked too risky in the SE, in an area where we have intensive agriculture and closely settled population," he said.

"It would be crazy to bring it into this region."

The organiser of the week-long trip to the US said he was deeply concerned about underground water and human health and seeing families who were unable to turn on the tap in their houses close to well pads had confirmed this.

"If far more people don't want it than want it, it shouldn't go ahead," David said.

"Our community has just had a ceremony where 96 per cent stated they want to be gas field-free.

"We hope our concerns are being heard."

David has defended the itinerary saying he and Troy Bell tried to access various US mining company officials but to no avail.

The story ‘Crazy’ idea not worth risk first appeared on Farm Online.