IF SA's GM moratorium was lifted, farmers could be confident that coexistence could be successfully achieved, according to Chris Preston. 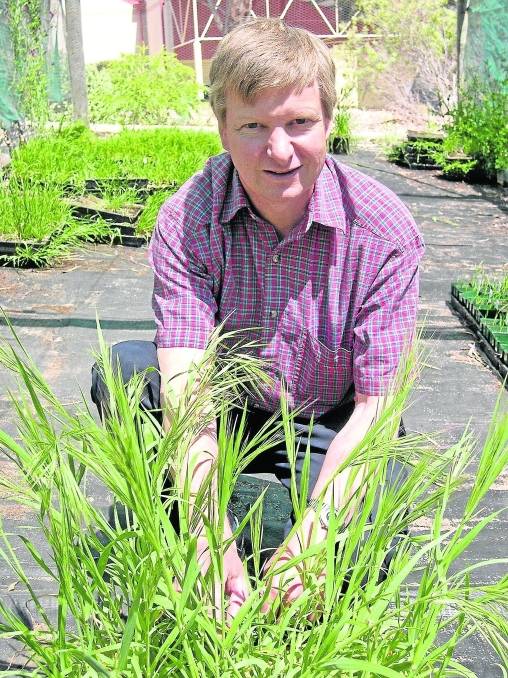 IF SA's genetically modified crop moratorium was lifted in SA tomorrow, farmers could be confident that coexistence with non-GM crops could be successfully achieved with good management, according to University of Adelaide researcher Chris Preston.

The School of Agriculture, Food & Wine Associate Professor was a guest speaker at the recent Future Farming Forum in Adelaide, where GM crop technology was a focus.

He said the past 20 years of canola research highlighted that many of the concerns about co-mingling could be readily managed.

"When investigating coexistence of GM crops in Australia, canola was considered the worst for management, particularly in pollen movement by wind and bees,'' he said.

"Canola can also shatter before harvest, particularly if weather conditions are difficult, so there can be a lot of seed around to produce volunteers the following year.

"There is a range of issues GM canola has to overcome if it can coexist with non-GM."

Dr Preston said they chose to study GM canola management because it was the second crop approved after GM cotton (which is nearly all GM in Australia) and there was already significant data on canola.

They first looked at pollen movement back in 2000, after Clearfield (imi-tolerant) canola was released.

"We used that research as our model, and have since incorporated Roundup Ready canola research as well," he said.

The Clearfield study showed in larger paddocks, 100 hectares or more, the foreign pollen presence was quite low.

"That's because when we looked at delivering a whole farm paddock full of canola, any little bit of pollen that comes from outside gets diluted," he said.

"So if you have a receival standard that accepts a small amount of co-mingling, you would quite easily manage your canola crops in the Australian landscape without having to worry to much about what your neighbour is doing."

This inspired a study into bee behaviour, and how to keep pollen movement to a minimum.

"If the crop was by itself, then the bee would stay at the one crop until it became unattractive and permanently move on to find another," Dr Preston said.

"However, we found the bee was encouraged to travel back and forth between crops when adjacent to each other, for as long as both crops stayed attractive."

The risk of cross-pollination was also high for very small crops of less than 5ha, but still below receival standards.

"So on-farm, pollen movement didn't really seem to be a major challenge."

On volunteer management, Dr Preston said they also studied whether croppers would be able to alternate between GM and non-GM.

"We investigated what size seed bank canola left behind and under normal management, how fast it declined," he said.

"And what we found was that unless you buried the canola seed, the bank went away quickly."

The research also found that on average, none of the seed was viable after two years under SA farm management.

"What that said to us was if you wanted to grow GM - and then wanted to grow non-GM - you would need about three crops in between to run the seed bank down," he said.

"If farmers wanted a little bit more insurance, then just go on the fourth year.

"This research showed that volunteers weren't as big an issue as first thought.

"And there are other things you can do to reduce the co-mingling risk further. For example, by not placing GM and non-GM crops next to each other in the landscape and not having tight canola rotations."