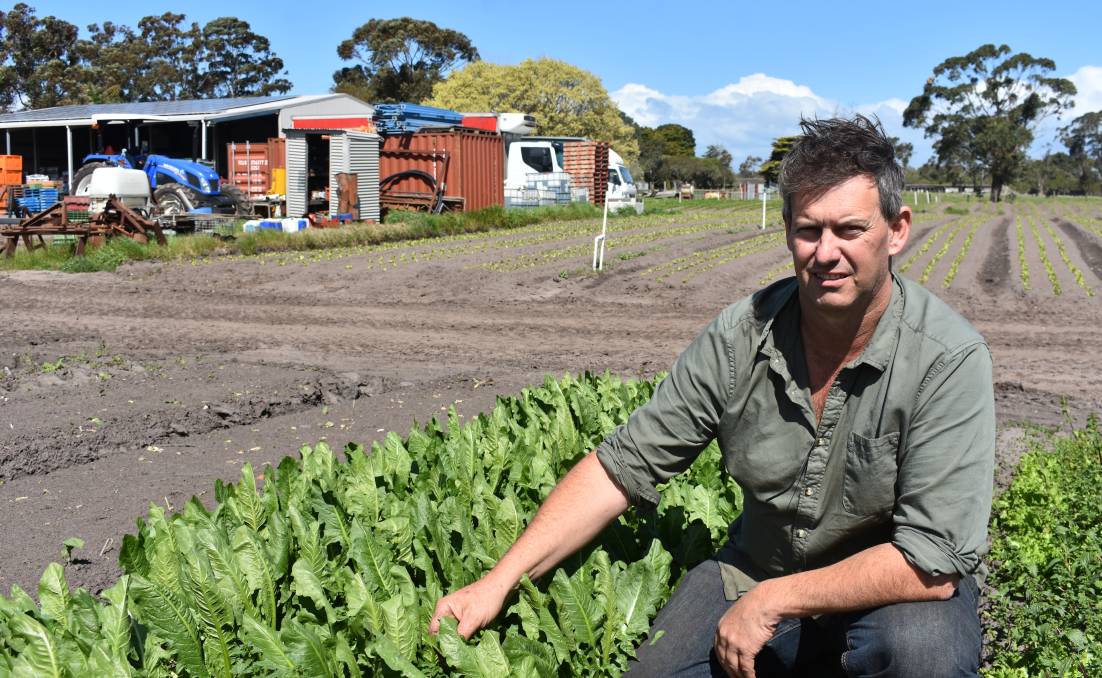 Victorian dairy processor Burra Foods chief executive Stewart Carson says it appears a backorder of rapid antigen test kits, which it would have used for its workforce, has been 'seconded' by the government.

Chief executive Stewart Carson said he did not yet know which government had taken the kits, which were due on Tuesday.

"Then it was Wednesday, Thursday, then today (Friday) and then the supplier said 'no, they won't be coming at all, because the government has 'seconded' the shipment," Mr Carson said.

"They are trying to say it's our responsibility.

"Employers are supposed to be responsible for RATs but the government is 'seconding' all the stock."

He said he was trying to find out which government had taken the kits.

"It means we are going to run out on tests, depending on the number of tests we need to do

"We probably have a week of tests, maybe two."

Burra had been proactive in sourcing kits and had a "safety net" of supplies, which it had been using on a daily basis.

"The challenge is getting more stock, and the volumes we need - as well as the cost; these things aren't cheap.

"You can't get your PCR test, you can't get RAT kits - we are consuming what we have got."

Burra had seen between five and 10 per cent of its staff away.

Victorian Farmers Federation president Emma Germano said she was concerned about the reports the government appeared to be "stealing" from businesses, that had tried to prepare themselves.

"We are in a position where they need to simply move out of the way of enterprises who have been managing risks, for a very long time, and have been doing a really great job of managing coronavirus."

The shortage of kits comes at a time when the loosening of contact rules for food manufacturing and processing workers were 'academic', without sufficient supplies of RAT kits, said those in the sector.

Changes this week in NSW, Victoria and Queensland to close contact arrangements for 'critical' workers in the grocery and manufacturing sector were expected to improve food and grocery supply chains.

The moves have been criticised by unions as risky and displaying a level of panic.

Ms Germano agreed the directions were contingent on having RAT kits available.

She said she had heard employers could not rely on getting more kits for at least four to six weeks.

"The government has been given plenty of warning and now we are at a point where the directions are getting in the way of good common sense, where sick people don't come to work.

"That's always been the case and should be the case.

"But every part of the supply chain is crying out and saying 'we've got a problem".

"The issue is we can't access the RAT kits at the moment, so the rules are academic," Mr Kingma said.

"We can't do what they are trying to get us to do."

He said he had put his name on waitlists and tried to order some of the kits on line.

"But, at the end of the day, I think the government should just take control of them and say human health is number one and we have to get food on the table, that's number two."

He said employed about 30 people and would need about 15 kits a week.

He said he had been asked to hold back 20 per cent of his pigs, about 100 animals, as the boning room where they would have gone was facing staff shortages.

"The way I sell my pigs changed three times, in the last week."

"The opening weekly slaughter figures for January 2020 have been well below the average January opening levels compared to the last five-year trend," Mr Dalgleish said.

East coast cattle slaughter began 2022 at 39,068 head, which was 60 per cent under the levels seen for the same week in January, based on the last five seasons.

"East coast lamb slaughter has opened at 189,621 head, 46pc below the five-year average for this time in the season."

Peninsula Fresh Organics co-owner Wayne Shields, who has properties at Baxter and Barham, said the major supermarket chains had to close down some distribution centres, due to staff shortages.

'They are picking and choosing their priority lines, if I don't have a priority line, it's getting left in the paddock now," Mr Shields said.

Staff shortages mean the majors were 'simplifying their supply chain.

"Instead of having three pumpkins and three people looking after three types of pumpkin, on three different shelves, they have one person doing one pumpkin on one shelf.

"At least the consumer can get a pumpkin."

He said certain types of lettuce were one line of produce the majors were cutting back on.

"It is what it is, you can't change it - we try and find another market, but everyone is in the same boat.

"Something's got to give, and at the moment it is lettuces."

But he said he was picking up volume in some places, while losing it another - "COVID has disrupted things, but there are winners and losers, the whole way through.

"It's just hard to read the play."

Mr Shields said he had a consistent group of workers, choosing not to use contractors.

"We have really only had one or two away, where farms around us have lost whole crews," he said.

VFF Horticulture group president Nathan Free said he had been left with 22,000 pre-packaged units of stonefruit, after one of the major supermarkets stopped orders.

He said things had improved slightly since; 'it might by up 1000 cases, but it's nothing like normal.

"They were just a bit stymied, with the lack of workers in the distribution centres."

The new rules could help, but were dependent on several factors.

Australian Dairy Products Federation chief executive Janine Waller said high supply chain disruptions were being felt across dairy manufacturing, with rates of up to 40 per cent of staff unable to come to work.

Product rationalisation was underway, a lack of drivers and delays at delivery centres were having an impact on product availability.

"A nationally consistent approach to the management of COVID-19 should remain a priority.

"The poor availability of RAT kits is a significant impediment hence prioritised access for dairy workers is urgently required."

Ms Waller said the costs imposed on businesses using kits to comply with COVIDSafe protocols was significant and underlined the need to have them provided free of charge.

"Governments should now turn to reducing the isolation period from 7 to 5 days," Ms Waller said.

"Countries overseas have made this change reflecting the latest information regarding the transmissibility of the Omicron variant.

"They should also remove state OHS/WHS administrative reporting requirements of a positive COVID-19 case in a workplace."