COVID-19 restrictions introduced across South Australia in December have significantly slowed the spread of the virus based on the latest data, the state government says.

COVID-19 restrictions introduced across South Australia in December have significantly slowed the spread of the virus based on the latest data, the state government says.

When the restrictions, including tougher density rules and caps on family gatherings, were imposed on Boxing Day, infections in SA were doubling every 2.4 days.

"This new set of data shows the tough calls we made on Boxing Day were critical in slowing our infection rate to ensure our health system is not overrun," Premier Steven Marshall said.

"The data also shows how South Australia has slowed our infection rate far more quickly than other states currently facing the Omicron outbreak.

"While I know these restrictions have been incredibly tough on certain sectors, putting them in place has meant we have kept control of cases."

On Thursday, SA also introduced new rules for close contacts of cases to have rapid antigen tests rather than a PCR swab.

But anyone who tests positive will be required to report the result through an online system. Failure to report could result in a $1000 fine. 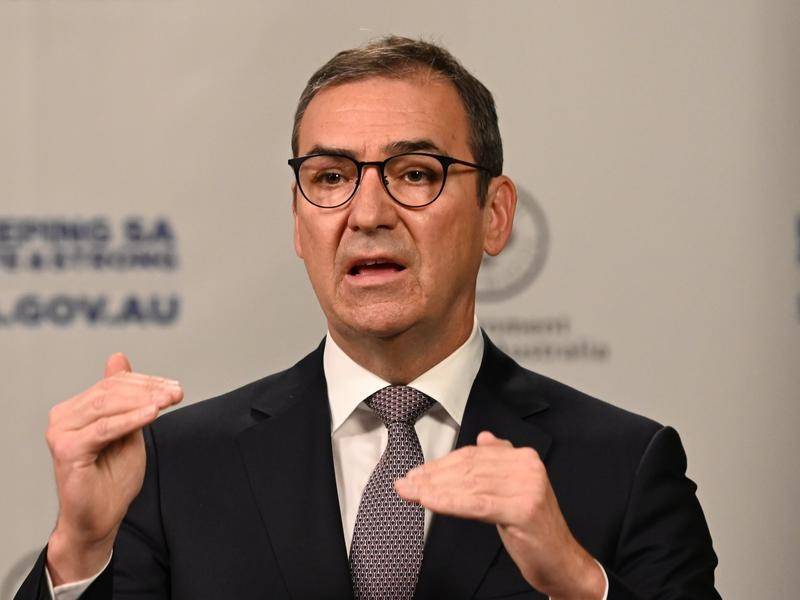 Mr Marshall said the decision to make reporting mandatory was about getting as much real data into the system as possible to help model the likely trajectory of the current outbreak.

"We're keen to track every single one of those results," he said.

"While we think that 95 per cent of people would do the right thing, getting as many positive results into the system just improves that data."

Close contacts will be provided with two free RATs which they should use on days one and six while isolating.

The tests will initially be provided through one site established in the Adelaide parklands but more locations will follow.

The parklands site has the capacity to handle about 13,000 people a day and quickly attracted a long queue on Thursday morning.

Sponsored by
Several outback highways remain cut after record-breaking rains in the north of South Australia.
Test
Cadbury Dairy Milk blocks are still the most popular.
Test
Regional children will get a chance to connect with other children right across Australia with the expansion of a Pen Pal Club.
Test
There was a large number of cattle on offer at the Strathalbyn store cattle sale on Friday, where steers reached a top of $2510 or $5.17/kg.
Test
MURRAYLANDS firefighters gathered to form guard of honour to pay respects to fallen CFS volunteer Louise Hincks as as her body made its way back to her family in the city on Monday, January 24.
Test
Boarding schools have lobbied the government to change the definition of a close contact for boarders and classify boarding staff as essential workers.
Test
Some areas across SA have received more than their annual average rainfall in one weekend, as widespread torrential rain causes localised flooding.
Test
The first quail survey has been conducted since the 1970's recording over 16,000 sightings in the bid for the minister to declare a quail hunting season after one had not been declared in the past two years.
Test