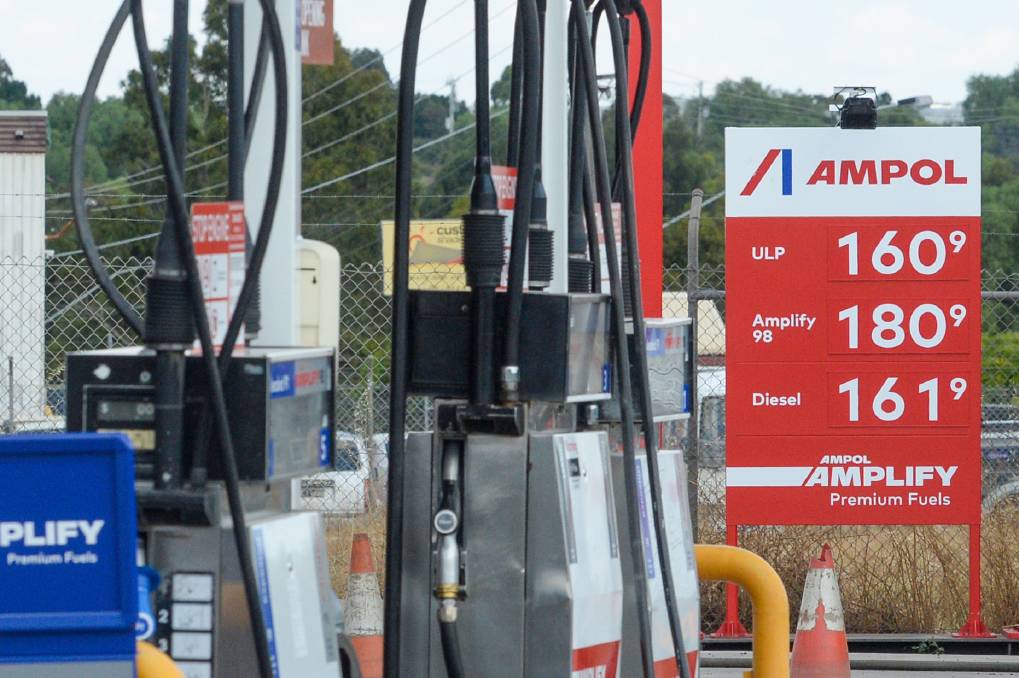 The national supply chain crisis continues to play out as petroleum industry leaders warn of a looming nationwide fuel shortage due to COVID-19 staffing issues.

In a crisis meeting on Tuesday night, peak industry bodies made their case to the federal government for isolation exemptions for a range of essential workers.

Present at the meeting were a number of federal government officials including acting Small Business Minister Anne Ruston and Home Affairs Official Joe Buffone on behalf of the National Coordination Mechanism.

We're on the edge of a crisis. - ACPMA chief executive Mark Mckenzie

Mr Mckenzie said industry members were seeking consensus on the definition of essential workers in order to provide isolation exemptions to relevant critical staff within their industries.

The fuel industry has seen growing staff shortages since the beginning of the pandemic, due to its reliance on visa workers and international students to fill out it's workforce.

Mr Mckenzie said ACPMA has been warning the government for nearly two years of the staffing issues in the fuel industry.

"In regional areas we have truck stops that run around the clock," he said.

"Up to 70 per cent of our workforce in that late-night early morning period are international students and other visa workers, clearly our borders have been closed for two years so that workforce has been cut off."

ACPMA began lobbying the federal government in October 2020 to allow the remaining workers - predominantly international students - to work more than their allocated 20 hours in order to cope with increasing nationwide fuel demands.

"So before Omicron even hit," Mr Mckenzie said, "we were suffering major staff shortages."

"We've known there's been a problem with supply that has affected our ability to provide services outside of core business hours, yet the government has done nothing about it."

At this stage, only food distribution workers in New South Wales and Victoria are exempt from COVID-19 isolation requirements.

"This needs to be extended to fuel, we're on the edge of a crisis," Mr Mckenzie said.

"The government is clumsy, they only focus on an issue once they're actually in a crisis, which we can see happening with food supply chains."

The fuel industry is currently operating at 85 to 90 per cent capacity, however they argue this could likely jump to below 50 per cent in the coming weeks - mirroring the numbers currently seen in the food industry. "Truck drivers take fuel from the refineries, they take it to the fuel terminals in the capital cities and then transport it into regional service station networks and broader industries," Mr Mckenzie said.

"Mining, agriculture and heavy transport construction will all be hugely affected by the shortages."

Petroleum industry leaders are irritated at the lack of foresight and recognition from the federal government of the importance of fuel to essential industries.

"Moving livestock around, moving produce off farms, moving resources and stock into mining communities, all that sort of stuff is affected," Mr Mckenzie said .

In a regional community, your car is your lifeline. - ACPMA chief executive Mark Mckenzie

"It couldn't be more critical."

Should the industry lose crucial fuel transportation staff, they may need to prioritise service to metropolitan areas, leaving many regional communities stranded.

"In a regional community, your car is your lifeline.

"So our goal as an industry body is to make sure that we are not put in the position where we are forced to make that decision - it's not an equitable decision in any respect."

BP Australia have said it is aware of the staffing challenges posed by the Omicron outbreak and is working closely with governments to ensure service stations remain supplied with fuel.

"BP is closely monitoring the situation and managing its response to ongoing supply chain challenges relating to COVID-19," a BP spokesperson said.

"There's a need for the government to work much more closely with industry and unions," Mr Mckenzie said.

"And there's just none of that happening at the moment."

The story 'We're on the edge of a crisis': Regional fuel shortage looms first appeared on Bendigo Advertiser.