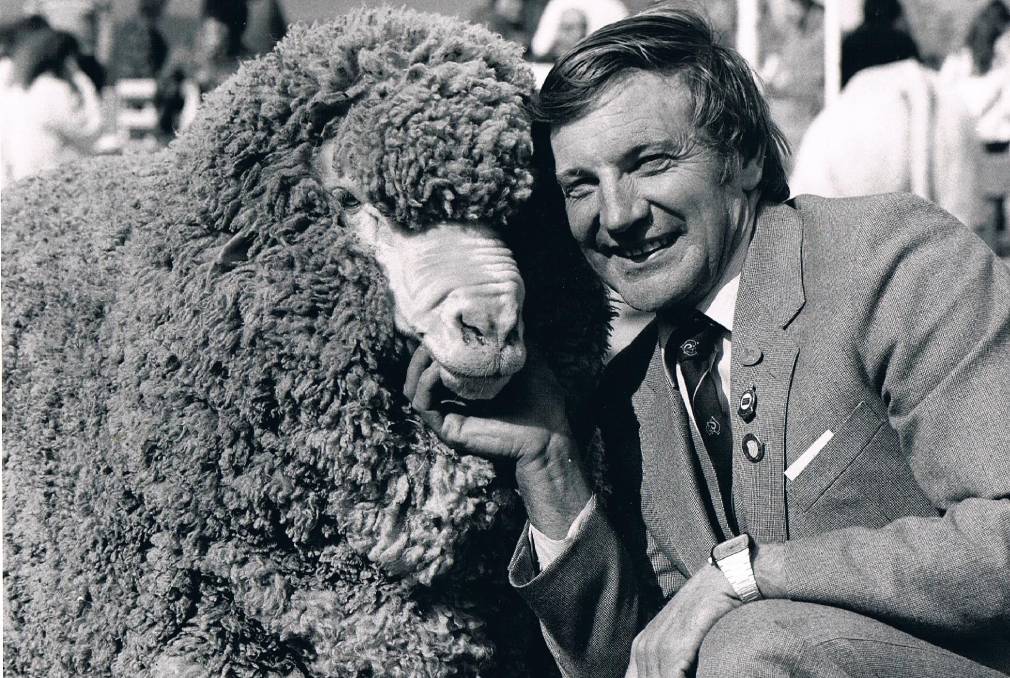 INDUSTRY LEADER: Russell Davidson with the reserve grand champion ram from the 1982 Royal Adelaide Show, which sold for $47,000- a world record at the time.

A trailblazer of the Poll Merino breed, Russell Davidson is being fondly remembered as a kind, generous man. He passed away on Christmas Eve last year.

A trailblazer of the Poll Merino breed, Russell Davidson is being fondly remembered as a kind, generous man.

On Christmas Eve, the former stud principal of Moorundie Park, Gulnare, passed away at 82 years of age.

He leaves a remarkable legacy in the far-reaching influence of the stud's bloodlines in flocks across Australia, and as far afield as South America and South Africa.

Russell's astute eye for quality saw him judge in every state of Australia, as well as South America, and the stud enjoyed considerable show and sale success.

He was also bestowed an Order of Australia in 2003 for his services to sheep breeding.

At the time, Russell was in his final year at Prince Alfred College in Adelaide.

The family opted to breed poll sheep due to their ease of management, showing considerable foresight at a time when the vast majority of the flock were horned.

Throughout the next few decades, the stud set about producing sheep the market was demanding.

By the 1980s, EM Davidson & Co was selling up to 1200 rams a year, including large teams at the Adelaide Merino ram sale each year.

The pinnacle of these sales was in 1989 when Moorundie Park sold a ram for $104,000 to a syndicate led by Bob Tiller, Balaklava.

Eyre Peninsula-based Merino breeder John Daniell says Russell's legacy is evident in the many flocks, including their own White River stud, that have used Moorundie Park bloodlines to enhance their own flocks.

He was widely respected for his honesty, integrity and affable nature. He was a great bloke to deal with. - JOHN DANIELL

In 1982, White River paid $47,000 - a world record at the time - at the Adelaide Merino ram sale for one of Moorundie Park's team, which was the reserve grand champion in the show ring that year.

"Russell's willingness to share Moorundie Park genetics and loan stud sires to not only established studs, but particularly fledgling young developing studs, has played a great part in SA being recognised worldwide as a premier supplier of Poll Merino genetics," John said.

But John says Russell was first and foremost a "great man".

"He was widely respected for his honesty, integrity and affable nature. He was a great bloke to deal with," he said.

Elders stud stock marketing manager Tom Penna first met Russell in the early 1980s, when the Poll Merino breed was advancing and horned rams made up about 80 per cent of the flock.

He recalls that despite him being a "high profile man" in the industry, both nationally and internationally, he always treated young agents "brilliantly".

"He was a quiet, humble man, who was always welcoming and made time to acknowledge and talk to us," he said.

"They were large-framed, plain-bodied, commercially-orientated sheep similar to what they are today, only the wool quality, like all studs, has vastly improved ," he said.

And in 1984, long before the dual-purpose traits were sought after in the Merino breed, Tom remembers a South African buyer impressed with the amount of meat in the twist area of a Moorundie Park ram.

"That was the first time I had heard anyone talk about the carcase," he said.

"In those days, Merinos were all about the wool, but that came with the Moorundie Park type."

Tom says while Russell had stepped back in recent years, he maintained his charisma, always with his wife Pam nearby.

"I think any stock agent having met Russell would agree and fondly think of him as being a high achiever, but more importantly - a nice man!" he said.

Elders SA stud stock manager Tony Wetherall reiterated this and described Russell as a "gentleman at the forefront of breeding Poll Merinos".

"When the Polls were establishing themselves, one of the most sought after sources of genetics was Moorundie Park," he said. 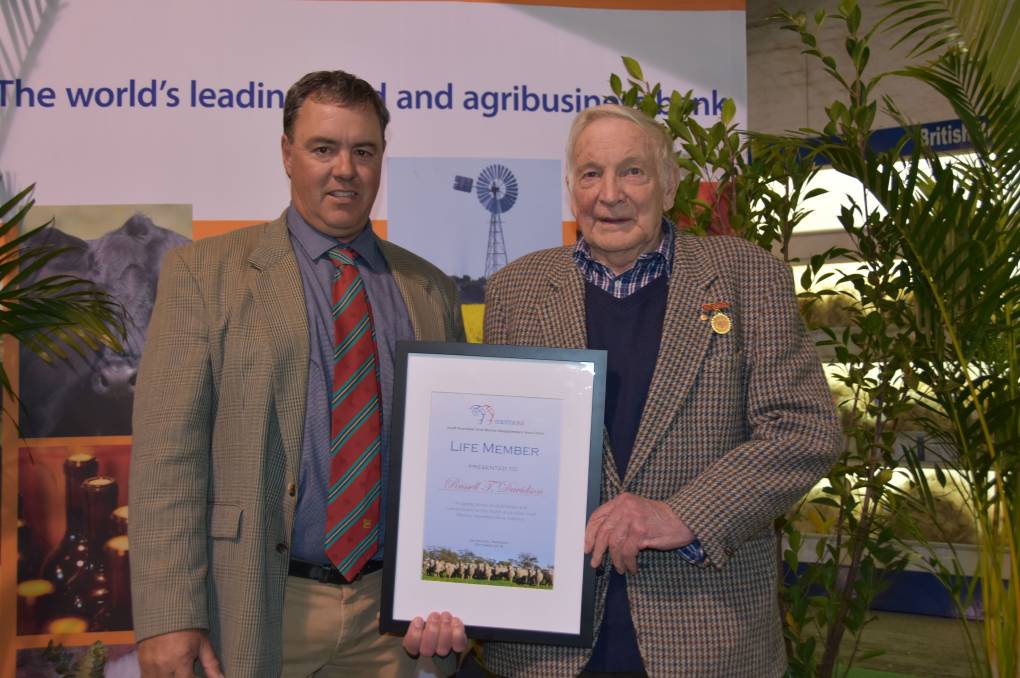 "They were easy-care, dual-purpose sheep that could adapt and thrive in all parts of Australia."

In his early years in stud stock, Tony said Russell was one of the stud breeders he really looked up to.

"I went on a lot of road trips with Russell, Geoff (Davidson) and Barrie (Michael) to the Riverina in NSW, Marnoo in Vic and the South East (for field days)," he said.

"That time in the car really helped me develop and know the Merino a whole lot better."

In 2018, Russell was honoured with life membership of the SA Stud Merino Breeders Association, on which he served for 15 years, including a two-year term as president in 1986-87

At the time, he told Stock Journal it was an honour he would "treasure for the rest of his life".

Poll Merino sheep were Russell's passion, but he was always keen to give his time to the local community.

Russell was also a Justice of the Peace for more than 30 years.

When Russell and Pam moved to Clare in 2006, he became president of the Probus Club, devoting many hours to this.

Russell's son Tom, who now runs Moorundie Park with his wife Laura, said he was fortunate to learn many lessons from his father, including the core aspects of sheep breeding - constitution, conformation and doing ability.

"The sheep need to thrive and reproduce so that your clients can be successful," he said.

"He also taught me to look after the people you work with, such as staff and clients. This has proven important for both life and business.

"He will be missed, but remembered fondly and forever respected."

Russell is survived by Pam, their four children Melissa, Kathryn, Julia and Tom, and 11 grandchildren.