A new simple, inexpensive and fast method to detect and measure very low concentrations of agricultural lime in soils has been developed. 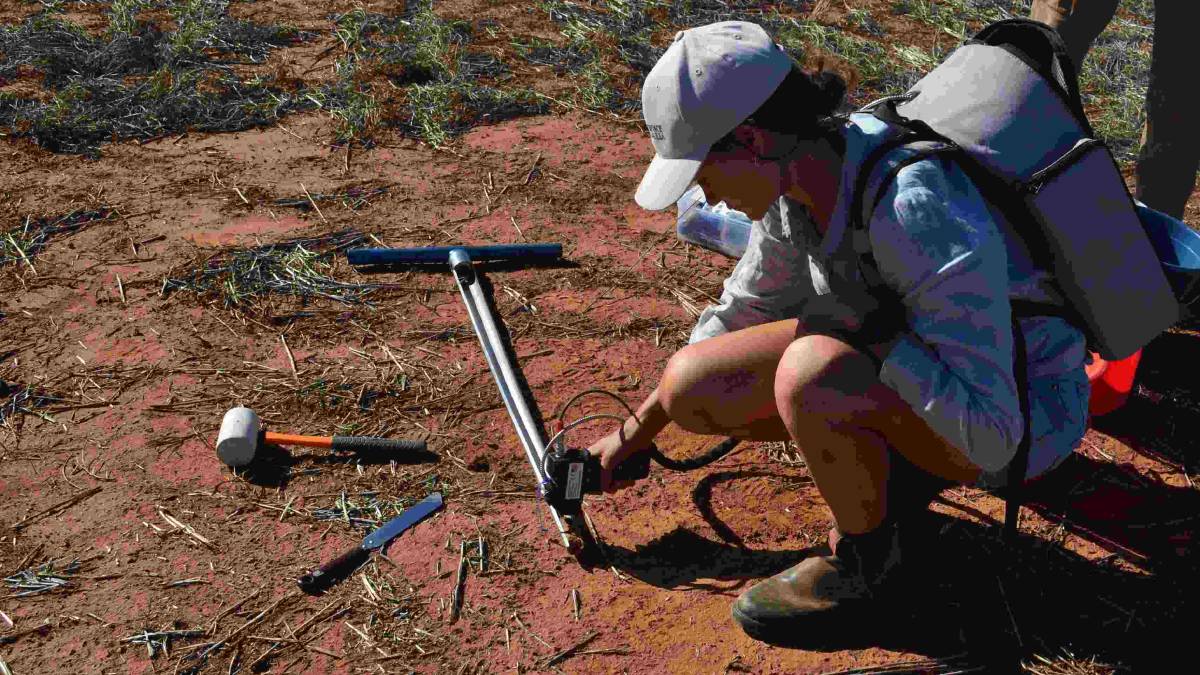 University of Adelaide scientists have developed a new simple, inexpensive and fast method to detect and measure very low concentrations of agricultural lime in soils, which is generally a time consuming and difficult exercise.

The research is published in leading soil science journal Geoderma.

PhD student and lead author of the study Ruby Hume, developed this method as part of a PIRSA-led and GRDC-funded project, exploring novel approaches to address the issue of sub-surface soil acidification in SA's cropping regions.

"Soil acidity can be very damaging to crop production. Approximately 20 per cent of agricultural land in SA is affected by the problem, and this number is expected to double over the next few decades," Ms Hume said.

"While it is not a new problem in SA, we are now seeing acidity in regions where it has not been an issue previously, such as in the Mid North and the Yorke Peninsula, and clay-rich soils in the South East."

Another big issue the researchers say is the development of acid layers below the soil surface, which are difficult to detect and treat.

Lime (calcium carbonate) is typically applied on farms to treat soil acidity. To maximise its effectiveness, it is important to understand how the lime dissolves and moves through the soils.

The new method to detect and measure carbonate in soils uses Mid Infrared spectroscopy. MIR spectroscopy is a relatively well-established tool in soil chemistry that measures the vibrations of molecular bonds within the soil when infrared light is shined on a sample.

It is a valuable tool as it is accurate, inexpensive and requires minimal sample preparation. - RUBY HUME

"With this technology we were able to detect very small amounts of lime that might get lost amongst the other information that is contained in the soil," Ms Hume said.

"It is a valuable tool as it is accurate, inexpensive and requires minimal sample preparation."

The next stages of this research involve applying the method to a number of field trials that have been established by GRDC's Acid Soils SA team. These trials which will be conducted with local farmers across multiple sites in SA will involve different liming treatments and incorporation methods that may improve the way farmers manage their soils in the future.

Co-author and Principal PhD Supervisor Associate Professor Luke Mosley from the University of Adelaide's Environment Institute and School of Biological Sciences said they hoped to detect lime products through the soil profile and measure if and how these products were moving through the soil and treating the acidity effectivity.

"The method is also potentially useful for soil carbon storage projects, which are increasingly being implemented in Australia and globally as a way to help mitigate climate change," he said.

In future research, Ms Hume plans to look at plant spectral responses to acidity and liming, and has been awarded an Australian Plant Phenomics Facility postgraduate internship to explore this with a potted trial at the APPF's Smart House facility, beginning next year.