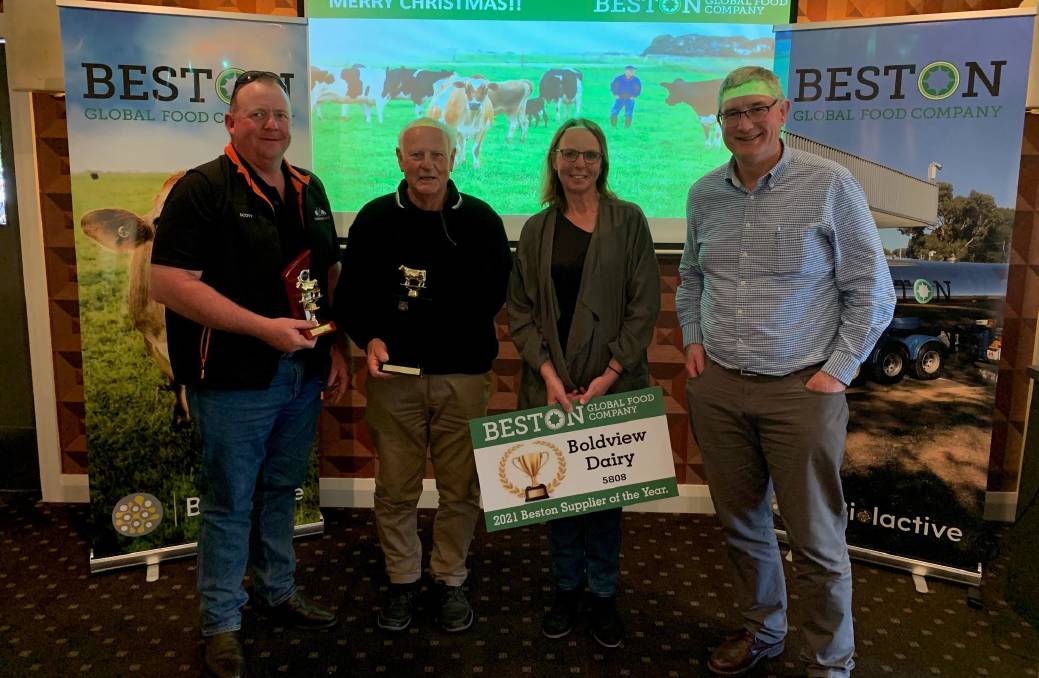 Beston's general manager Hamish Browning said the awards were an important moment for Beston in their stage of evolution.

Mr Browning said Beston's are forecasted to process 155 million litres and as they have developed, felt it was the right time to capture and demonstrate their culture through the awards.

"This was the inaugural but it was a planned series of events," he said.

"We will do this every year and lift the profile of the awards.

"The farmers took them seriously and they seemed genuinely appreciative of them.

Mr Browning said there has been a fair bit of talk amongst the dairy community since the awards and is pleased with how they were received.

"It is very much a partnership, we don't see it as a processor/buyer and farmer/supplier relationship we do really see it that we are in this together," he said.

RELATED: Milk pool to continue its lift in 2022

"It was a bit of a shock but it means a lot because it means we are on the right track, she said.

"We are pretty happy with the way things are working, we have only been on this farm for just over three years, so everything is a steep learning curve for us.

"Winning that award shows we made the right move and that we are actually doing things right down here."