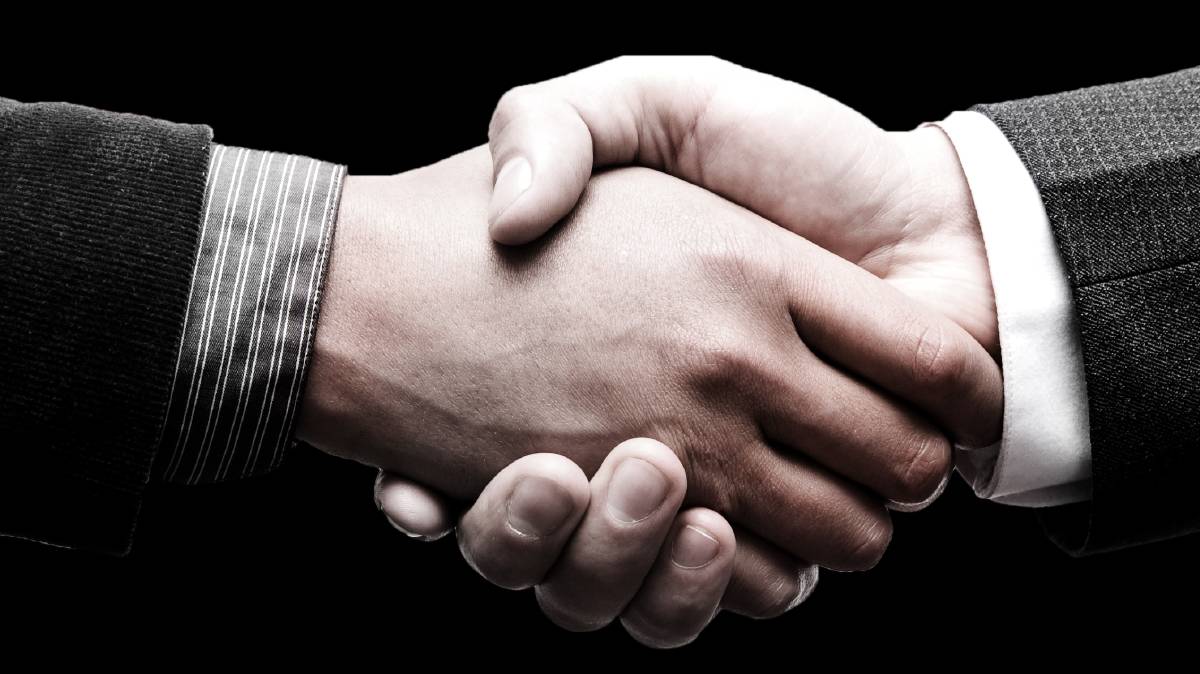 Lots of farming deals are done verbally, usually with a handshake. Photo: SHUTTERSTOCK

BUSINESS BUZZ: While reading a newspaper piece about a well-known homewares brand, leaping off the page was the sentence "you can't buy integrity, so you better not give it away".

While reading a newspaper piece about a well-known homewares brand, leaping off the page was the sentence "you can't buy integrity, so you better not give it away".

Integrity and reputation are intertwined concepts, particularly in the country.

The vast majority of people endeavour to do the right thing in any given situation.

The reality is not everyone will have the same view in regard to your actions as you do.

As the old maxim goes, you can't please all the people of the time, and that's OK.

Everyone has a right to their own opinion. That doesn't mean we all have to agree with it.

Lots of farming deals are concluded verbally, usually with a handshake.

In the vast majority of cases, everything goes smoothly, such as in share-farming for the neighbour on an ad hoc basis or other operations where one party helps the other in the classic quid pro quo.

I know farmers that to this day conclude large deals with a handshake - their word is their bond, and the other party knows this.

I have seen examples where a land sale had been agreed upon by both parties verbally, but the contract hadn't yet been drawn up, when a much better offer had come from a third party.

In this case the verbal contract prevailed.

For this farmer - and lots of others - their reputation and integrity is paramount.

Fully-formed contracts are preferable in most situations.

Depending on the complexity of the transaction, outside advice may be required to avoid unintended consequences.

But the initial principles that underpin any contract are best verbalised and agreed by the parties to the contract, prior to any documentation.

In this way the trust is already established and there are no surprises.

Doing things in this order only enhances reputations and doesn't diminish them.

Reputations are just as important in non-contractual situations.

There are multiple interactions that people have almost daily, where the other person is relying on your reputation and past behaviour.

This may be as simple as turning up on time.

This to me speaks volumes about someone and is a major tenet of trust for me.

By doing something that seems quite trivial in some ways, it says to me that this person is probably going to be reliable in the long-run.

A lot of business is done in the agricultural sector on the basis of the relationship with a certain supplier or business.

The majority of agribusinesses are very loyal to their main business contacts.

Accountants, banks and agricultural machinery dealers are acutely aware of this phenomenon.

Loyalty is an admirable trait, but the connection shouldn't be taken for granted - by either party.