A WELL-KNOWN auctioneer and stock agent passed away suddenly at home at the end of last year but his legacy to the livestock industry certainly won't be forgotten, after making an impact at saleyards across the state for 43 years. 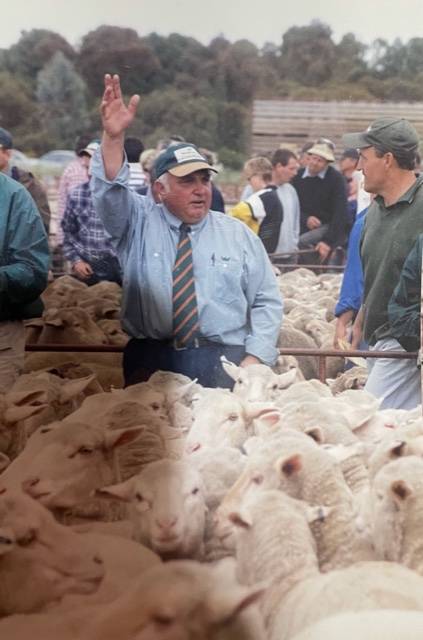 STEADFAST AGENT: Ray Smith passed away at home after an auctioneering career that spanned 43 years.

A WELL-KNOWN auctioneer and stock agent passed away suddenly at home at the end of last year but his legacy to the livestock industry certainly won't be forgotten, after making an impact at saleyards across the state for 43 years.

Farewelled privately by his family, Ray Smith worked for a raft of agencies after rising through the ranks the old fashioned way.

Ray was born at Mount Gambier and grew up in Adelaide, before attending Urrbrae Agricultural high school for his youth.

Ray knew early on in life that livestock was his passion - he completed a wool classing certificate in high school and commenced work at Dalgety & Co at the start of 1959.

He was posted to the Adelaide Stock Department afterwards and worked at Gepps Cross selling centre and country markets.

His next posting was to be in the wool department after Ray approached stock manager/auctioneer Barney Kidd to learn the ropes of being an auctioneer.

Ray's big test involved being taken to the roof of Dalgety House where he had to auction off six pot plants to Mr Kidd - he was impressed and said "I think you could make it".

In 1963 Ray was transferred to Willunga and in 1966, went to Yankalilla to open a branch for Dalgety & Co.

Whilst in Yankalilla Ray married Janice Waye and they had two children Tania and Sheridan. Ray also played local football during those years.