NRMA Insurance says the number of weather-related damage claims during the spring season was 35 per cent above average. 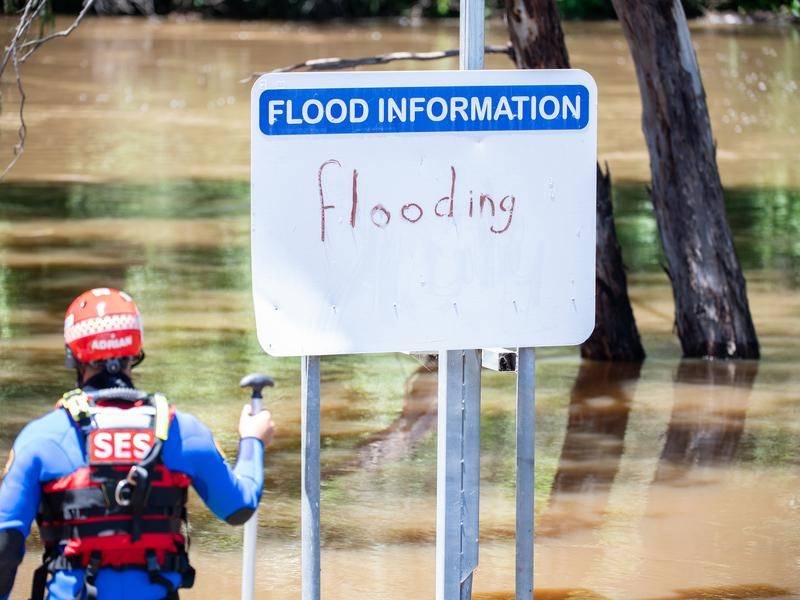 NSW's spring drenching has been "an ominous start to storm season", the NRMA says.

The wild weather that has been battering the east coast of Australia has led to widespread flooding in multiple states and a subsequent surge in insurance claims.

NRMA Insurance says the number of weather-related damage claims during the spring season, which included NSW's wettest November on record, was 35 per cent above average.

All up, 10,000 homes claimed weather damage from the insurer in Queensland, NSW and the ACT.

NRMA data shows nearly half the claims were for hail damage in the Coffs Harbour region on the NSW north coast in October, with wild weather responsible for two-thirds of claims.

The insurer's natural perils executive manager Mark Leplastrier says it has been "an ominous start to storm season".

"Spring featured some of the most unpredictable and extreme weather we have seen in many years, and with a La Nina system now declared, we could be in for more wet weather over summer," he said.

There has been some relief from flooding in NSW at least, with river heights dropping in several areas around the state after persistent wet weather.

The Hunter River has receded below minor flood levels, as have the Severn and Hawkesbury rivers.

There is still a risk of major flooding on the Namoi, Lachlan, Barwon, and Weir rivers.

The Namoi could send Wee Waa back into isolation with a major flood peak of near 7.1 metres predicted on Tuesday night.

Mr Lepastrier said climate change impacts could make severe storms more frequent over a wider area, and seven out of 10 people in a recent survey said they worried natural disasters were increasing in frequency and severity.

Deloitte analysis from 2017 put the cost of natural disasters in NSW at $3.6 billion a year, which the new guidelines note is a "conservative" figure because the modelling used does not consider future climate change impacts.

Those impacts "may increase the risk to these natural hazards in locations that may not have previously been at risk" and planners "should consider this when undertaking strategic land-use planning", the guidelines say.

Disaster assistance is available in local government areas around NSW.

The clean-up will come too late for many of the state's farmers, who have had their hopes of a prosperous harvest crushed by weeks of heavy rain and flooding.

A survey of rural confidence by Rabobank released on Tuesday showed confidence was high leading into the harvest season, with 88 per cent of respondents predicting excellent conditions to continue, before flooding devastated crops.

"A few weeks ago, it was hard to imagine that cropping conditions in NSW could get any better, but we now have a situation where some growers, who had been preparing to harvest record-yielding crops, will actually harvest nothing," Rabobank central NSW regional manager Toby Mendl said.