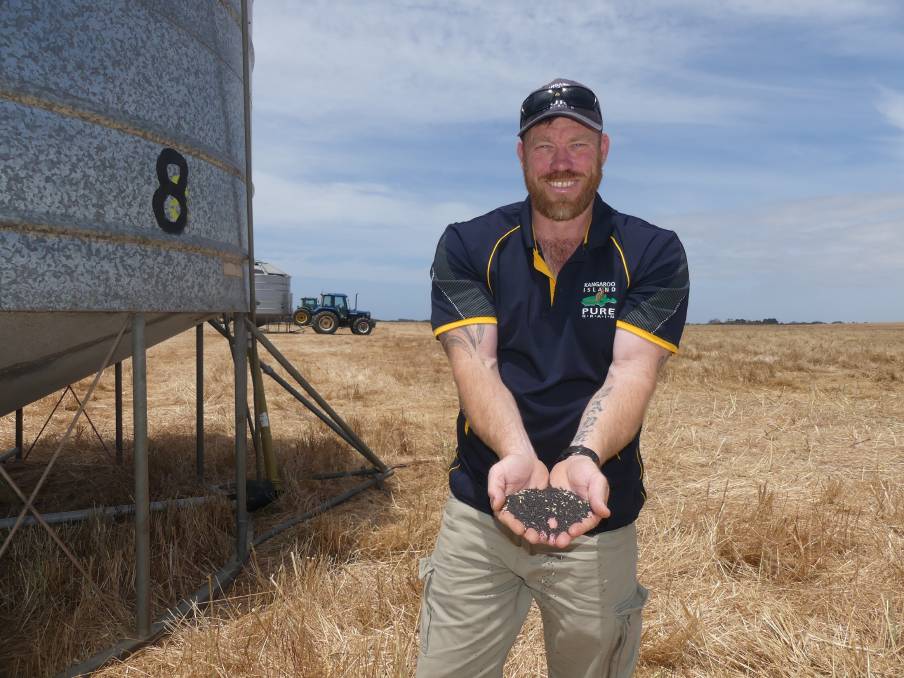 HARVEST is well under way across Kangaroo Island, with farmers hoping for decent totals after a difficult winter.

KI Pure Grain sales and operations general manager of Dennis Jamieson said while it was too early to predict specific yields, growers were hopeful.

"Despite an average start with lots of rain and wash-outs, we had just the right amount of rain in the spring that has turned out good crops," he said.

"The harvest has started about a week late but the outlook is good with minimal rain forecast over the next 28 days, even with La Nina."

Canola was looking good after water-logged paddocks recovered, while both barley and soft wheat was also looking okay, he said.

"Broad beans are looking excellent and the spring rains were perfect, so KI should produce some big beans," he said.

Kangaroo Island retaining its GM-free status meant it would continue to ask for top dollar from canola buyers in Japan and Korea.

Barley was earmarked for Coopers Brewery and soft wheat will go to Allied Mills and other millers of baking flour, while broad beans typically went to Indonesia and other Asian countries.

KIPG was also trialing a supreme noodle wheat that would be sent via a shipping container to Japan.

Canola was already fetching record prices, while barley and wheat were also seeing high prices on fears of downgraded crops due to unseasonable rains across eastern Australia, he said.

Mr Jamieson recently took over leadership of KIPG, alongside Emma Edwards, who is now general manager of human resources and administration.

The story Harvest under way on KI first appeared on The Islander.