SA's Pastoral Act was a hot topic in a industry panel discussion held at the Pastoral Field Day at Port Augusta late last week, with Livestock SA president Joe Keynes calling out the state government on their lack of progress to finalise the legislation. 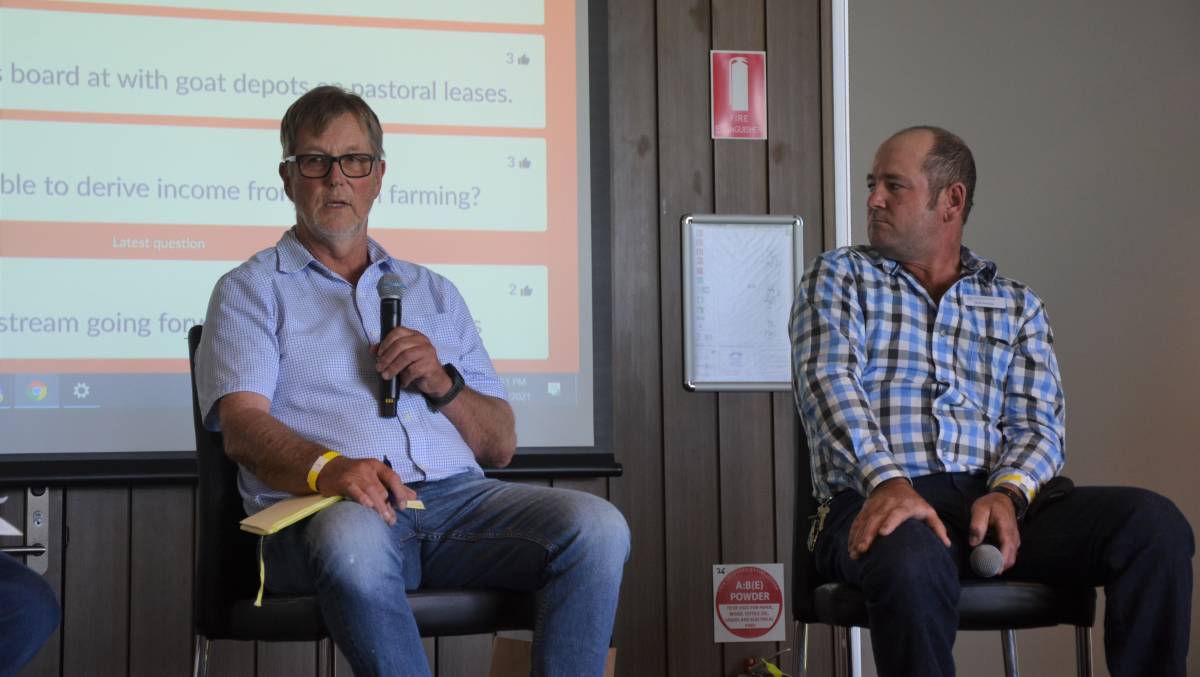 SA's Pastoral Act was a hot topic in a industry panel discussion held at the Pastoral Field Day at Port Augusta late last week, with Livestock SA president Joe Keynes calling out the state government on their lack of progress to finalise the legislation.

The review of the Pastoral Land Management and Conservation Act 1989 was announced in August 2019, with the draft Pastoral Lands Bill 2020 released in September last year, but frustrations are mounting that the bill will not be finalised prior to the state election in March.

"All the negotiations that we were involved with through the conservation sector, and involving pastoralists, has all come to nothing - progress has virtually has stopped," Mr Keynes said.

"There is no commitment from the state government to revise the draft bill raft and put it into parliament this side of the election.

"We think it would have been a really good move to be able to get that into the house, and get it through this turn of parliament."

Primary Industries Minister David Basham has confirmed the draft bill is one of the government's top priorities.

"The government will seek a mandate for our reforms at the 2022 state election and be ready to introduce the new legislation in the new Parliament," he said.

"Our draft Pastoral Lands Bill beefs up the powers of Pastoral Unit Inspectors to issue and enforce directions requiring pastoralists to maintain the ecological values and capacity of the land, with the threat of government taking away their lease if they do not comply.

We're already sitting around the table looking at how we can optimise opportunities for alternative uses for the environment, that lead to sustainable and productive and economic outcomes. - JODIE GREGG-SMITH

"This is compared with the current act, which is widely regarded as a toothless tiger when it comes to compliance with conservation and land management requirements."

In the leadup to the election, the opposition have pledged to increase funding to the Pastoral Board by $1 million to complete land condition assessments, with a Labor policy document saying the decline in recent years is "unacceptable".

PIRSA confirmed a total of 13 pastoral leases have been assessed this year, with 11 more planned to be completed by mid-2022.

Labor has also committed to putting the draft bill into the hands of environment portfolio, if elected - a decision not supported by Mr Keynes.

"It's a positive that they have allocated more money but it will be a step back to take the bill back to the department," he said.

SA Pastoral Board member Mark Fennell said COVID-19 had held up some pastoral lease assessments, but the board remained committed to ensuring the Pastoral Act best reflected the wishes of pastoralists.

"It's business as usual to advance the whole area," he said.

Guidelines surrounding land use in the draft Pastoral Lands Bill 2020 is a hot topic among pastoralists, but SA Arid Landscapes Board general manager Jodie Gregg-Smith said there was a "strong appetite" to open up the alternative land uses evident in the document.

"We're already sitting around the table looking at how we can optimise opportunities for alternative uses for the environment, that lead to sustainable and productive and economic outcomes," Ms Gregg-Smith said, during a panel discussion at Port Augusta last week.

"Precedents have been set, but it's uncharted territory, and politically sensitive when it comes to native titles.

"The intricacies of what is approved under the Pastoral Act then has to go through a number of hoops. It's a complex space with red tape, but there is a strong appetite to overcome and challenge that - the time is now."

Ms Gregg-Smith said exact intricacies surrounding land use were yet to be ironed out.

"Who knows if (alternative uses) are going to be limited to 5 per cent or 10pc, or enough to say it isn't encroaching on the pastoral enterprise," she said.

She said the state government was committed to making opportunities for pastoralists wanting to explore alternative land uses, even across multiple government portfolios, such as environment and tourism.

SA Pastoral Board member Mark Fennell said the board would work on guidelines for pastoralists on land uses, such as ecotourism and conservation initiatives and carbon farming.

"The board has been working on a guideline around changing land use, not specifically around carbon farming, but acknowledging that is an interest and an important political and environmental issue," he said.