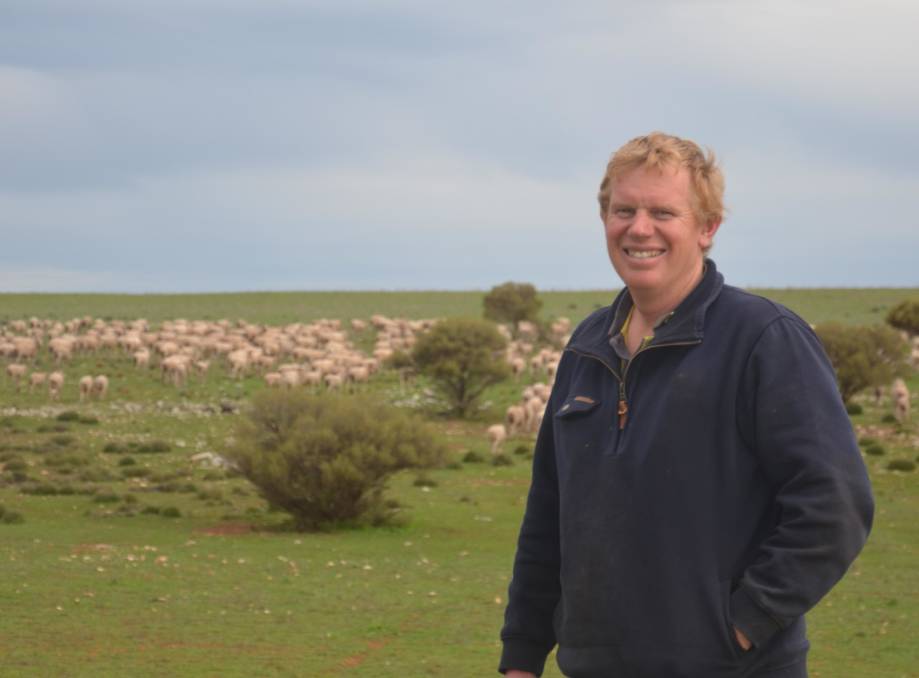 GOOD OPTION: Warramboo farmer Leon Veitch has been shearing twice a year for the past four years and said the frequency had many benefits.

Warramboo farmer Leon Veitch has been shearing twice a year for the past four years and said the frequency had many benefits.

If you had visited Leon Veitch's property between the 2000 and 2010 period, the dominant operation would have been cropping.

But in the past 10 years, the Warramboo mixed farmer has shifted to fine-tuning the sheep side of his enterprise.

Along with daughter Samantha and worker Korey Meyers, Mr Veitch has 4500-hectare for sheep, running a 1200-head self-replacing Merino flock with an extra 500 Merino ewes mated to White Suffolks, all run predominantly on medic pastures.

He also crops 2200ha of wheat, barley and peas, which are cut for hay.

One of the biggest changes Mr Veitch has implemented has been switching to six-monthly shearing, which he says works for consistency and management.

For the past four years, shearing has occurred in January/February and July/August.

"In the past, we were getting staple lengths of 110 millimetres to 120mm, which was mid range, so we had to go shorter or longer," Mr Veitch said.

With lambing running from early April to mid-May, lambs are shorn as milky lambs in July/August, and then grow a 70mm fleece ahead of the second shearing in summer.

Mr Veitch has achieved staple lengths as high as 77mm on his main line, and 75mm on his cull flock.

"We were told if (the staple length) starts with a five, you'll just be alright; it's good if it starts with a six; and if it's a seven, you'll be laughing," he said.

Twice-yearly shearing allows Mr Veitch more flexibility with selling, depending on the season.

"If it's dry in late winter and the season is no good, they are shorn and ready to be sold," he said.

There is a lot of work to making everything easier, but we're hoping it'll be worth it in the long run. - LEON VEITCH

"Then in summer, we pregnancy scan just before we shear, and after shearing we sell the dry ewes off straightaway, so we can keep the minimum sheep on farm - only the ones that are going to produce something."

Mr Veitch has tried re-mating dry ewes in the past, but for the sake of a tight lambing, now sells dry ewes off after the summer shearing.

"If you try to rejoin, and put the rams out six weeks later (than your first joining period), you can be two or three months behind, then the lambs are dropping at the wrong end of the season to sell them," he said.

"And if the ewes drop the lambs so late, into June or July, they're no good for the next lambing period because they don't have enough condition back.

"So it's just easier to sell the dry ewes and and be done with it. And if you take out 10 per cent of your sheep, that's a 10pc feed saving."

Mr Veitch said keeping the ewes in good condition contributed to the decision to switch to six-monthly shearing.

"If you get 12 months of wool on a sheep, you can shear it and end up with a tiny little skinny sheep, having lost a full condition score over the year without realising," he said.

WARRAMBOO'S Leon Veitch has been using teaser rams for about a decade, and said the tight mating period and good lambing percentages were key outcomes of the method.

Teasers go in with the ewes in mid-October, two weeks prior to joining starting on November 1. Rams used are joined at one ram per 70 ewes, plus one extra.

"When you put the teasers out, you get the ewes cycling on the same day - a 40-day joining period means we lamb in a pretty tight six-week period from April 1, to mid-May," he said.

Mr Veitch has been achieving lambing percentages of 100 per cent in his Merino and crossbred flocks. About 90-95pc are singles, with those scanning multiples often losing one lamb after dropping, despite more nutritional effort being put into those scanning with twins.

"Multiples haven't worked as well as we've liked, we're not getting the numbers we wanted, we're putting a lot more feed in for not a lot more lambs," Mr Veitch said.

"I think I'm on the right track, it's just something small I'm doing wrong and have to work out this year. There is a lot of work to making everything easier, but we're hoping it'll be worth it in the long run."