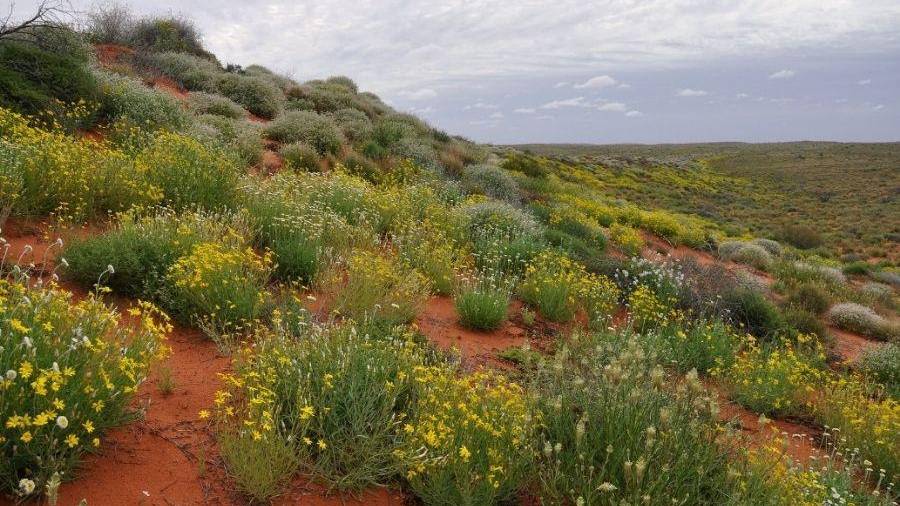 Five new national parks have been officially proclaimed across SA in the past week, including Australia's largest national park.

Five new national parks have been officially proclaimed across SA in the past week, including Australia's largest national park.

It's also more than 1mha larger than the next biggest national park - Kakadu.

Environment and Water Minister David Speirs said the new changes mean the state government has doubled the area protected as national parks in SA since coming into government, from approximately 3.9mha to just over 7.9mha.

"It is truly exciting that SA is now home to Australia's largest national park and along with our other changes this provides a significant boost to conservation as well as enhance our reputation as a world-class eco-tourism destination," he said.

"The SA government is committed to protecting our natural environment which is why since coming to government we have increased the number of national parks across SA from 21 to 28 and doubled the area protected.

"The new changes mark the biggest expansion of national parks in the state's history backed up by the biggest government investment in parks ever.

"Our significant addition of land protected as national parks since 2018 includes areas right across South Australia from the Simpson Desert and Flinders Ranges in the north right through to Adelaide's second metropolitan national park at Glenthorne in the heart of the southern suburbs."

"We commend Minister Speirs and the South Australian government for creating Australia's largest ever national park in the Munga-Thirri-Simpson Desert," he said.

"For over a decade the Wilderness Society has been advocating for a conservation corridor in the heart of Australia, allowing endangered animals and plants to move and adapt to a rapidly changing climate. This grand initiative is a significant step."

"Conservation measures like this are critically important, allowing endangered animals and plants to move and adapt to a rapidly changing climate."

Mr Owen said the Munga-Thirri / Simpson Desert was a vast, globally significant wilderness within the Lake Eyre Basin, in the very heart of Australia.

It's home to the world's longest parallel sand dunes, more than 900 species of plants and animals with continuous First Nations custodianship stretching back thousands of years.

"When rain transforms this remarkable landscape into temporary wetlands, thousands of birds from across Australia flock here to feed and breed," he said.

"Then native flowers burst into colour across the burnt orange sand, a beautiful garden that seems to stretch into infinity."

But all this could be lost if the fossil fuel industry expands into the region.

"Proclaiming a national park sends a strong signal that an area is too precious to put at risk," Mr Owen said.

"We hope fossil fuel company Tri-Star recognises this and withdraws their exploration proposal for the region, following the lead of BP, Chevron and Equinor who recently withdrew their drilling plans for the Great Australian Bight.

"If bulldozers were to rip through the Munga-Thirri's shifting sand dunes and drill into fragile groundwater tables like the Great Artesian Basin it will destroy this unique wilderness area forever.

"The expansion of the fossil fuel industry must stop if we are to have any chance of a liveable climate into the future. Australia's deserts are already on a path to becoming too hot to support life."

The new national park for the Simpson Desert has been made through changing the legal status of the existing Munga-Thirri-Simpson Desert Regional Reserve and Conservation Park, which will strengthen the park's conservation and biodiversity values.

There are also additional protections at the environmentally significant Kallakoopah Creek, through creation of a special management zone around the creek through a change to the park management plan, which is currently out for public consultation.

This is now a wilderness zone requiring the land to be managed to protect the area's wild character, with a focus on the preservation of wildlife and ecosystems.

As part of the changes, another new national park in the Southern Flinders Ranges has also been proclaimed.

The Wapma is an important totem for the Nukunu people and shows their significant connection to each other and the dreamtime serpent.

In recognition of their importance to tourism as international destinations, two existing conservation parks - Cleland and Deep Creek - have also been upgraded to become national parks, with the Cleland upgrade also incorporating Eurilla Conservation Park.

In addition, Lake Frome Regional Reserve in the Northern Flinders Ranges has been upgraded to a national park in recognition of its significance as a large salt lake, giving it the same national park status as other large salt lakes such as Kati Thanda-Lake Eyre, Lake Torrens and Lake Gairdner.

Ephemeral salt lake systems such as Lake Frome represent highly unique and little-known environments, and as such are considered to be of national significance

The addition conserves the entirety of the known fossil fields within the National Park, reflecting the national and international significance of its fossil heritage values.

The Ediacara fossil sites in the expanded park will form a core element of the Flinders Ranges World Heritage nomination being progressed by the state government.

As part of the changes, a section of Witjira National Park in the state's Far North will have its conditions changed to forever exclude mining from the Dalhousie Springs National Heritage Area.