Concerns are being raised about a potential mice threat in SA post-harvest. 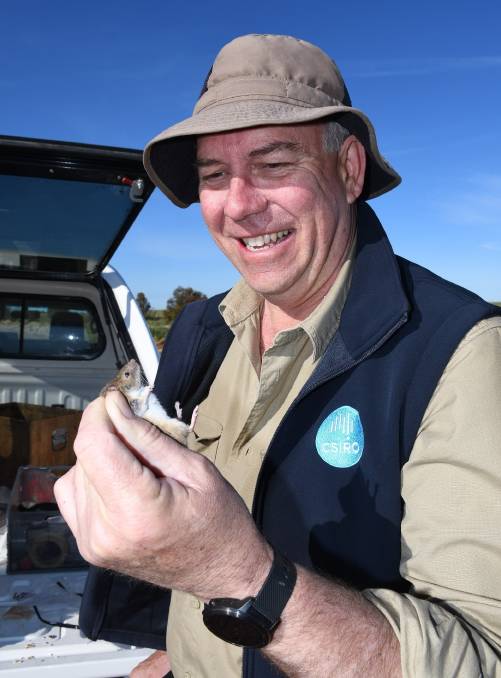 ONGOING bad weather, plus "dirty paddocks" from the late start to the season, are among the concerns being raised about a potential mice threat in SA post-harvest.

CSIRO research officer Steve Henry said there had been reports of mice in patches on the Mid North and northern Yorke Peninsula, but "nothing major".

"But as rain keeps interfering with harvest and crops potentially lodge, then it could be different later on in the season," he said.

Mr Henry said the season's late start had an impact in the Mallee, where germinations weren't sprayed out.

"The paddocks that had a heap of food left behind were the areas we were getting about 30 per cent trap success, which is not off the charts, but is something to be concerned about," he said.

CropSmart Pinnaroo's Aaron Oakley confirmed at the start of October they had to bait a "few thousand hectares" as mice were chewing tillers of plants.

"It was mainly the areas where barley was grown, as we had lost heads from windy weather," he said.

"That seems to have quietened them down. But I worry they may go crazy later on, particularly in areas like the Riverland where recent hail damage was widespread.

"We will have to keep an eye on it after harvest, particularly with these ongoing unkind weather events."

Tarlee cropper Mark Hill hadn't seen any mice so far, but was concerned about harvest residues.

"They're forecasting above-average deciles for November to February - if that happens, we may be in trouble," he said.

"All the grain that goes out the back of headers will germinate, which hasn't happened the past couple of years because the summers have been so dry, plus sadly a lot of us have dirty paddocks because of the dry start."

Mr Henry said croppers could not do much while harvest was on, but encouraged vigilance.

"I'd certainly be watching paddocks through the summer phase and be prepared to do something if the numbers look to be increasing."