A LARGE gallery of buyers fronted up at Mount Gambier on Friday for the monthly store cattle sale with the largest yarding for some time, with 3144 cattle on offer. 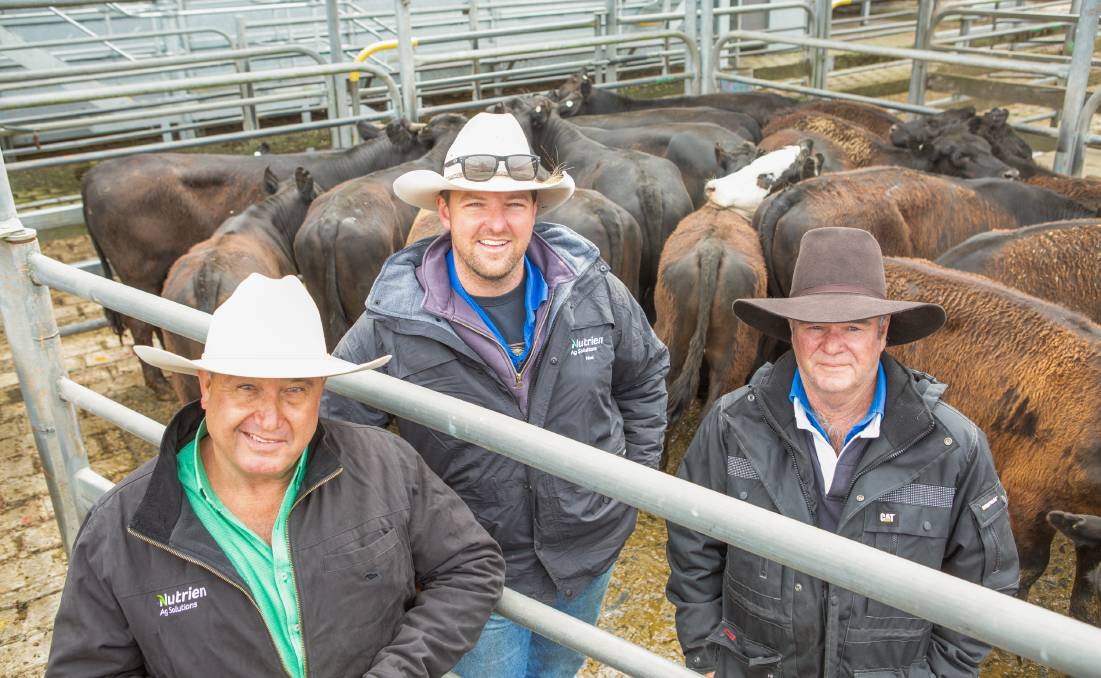 A LARGE gallery of buyers fronted up at Mount Gambier on Friday for the monthly store cattle sale with the largest yarding for some time, with 3144 cattle on offer.

Buyers with a couple of large interstate orders pushed heifer prices up another level this month, with 450+kg heifers selling from $4.84-$5/kg.

Chapman Farms, Parilla, had 63 Mandayen and Raven-bld Angus cows with two week to 4mo calves at-foot, sold to a top of $3420 to John Chay Millicent.

With plenty of feed in the paddocks and continuing showers, agents are confident prices will hold going forward.