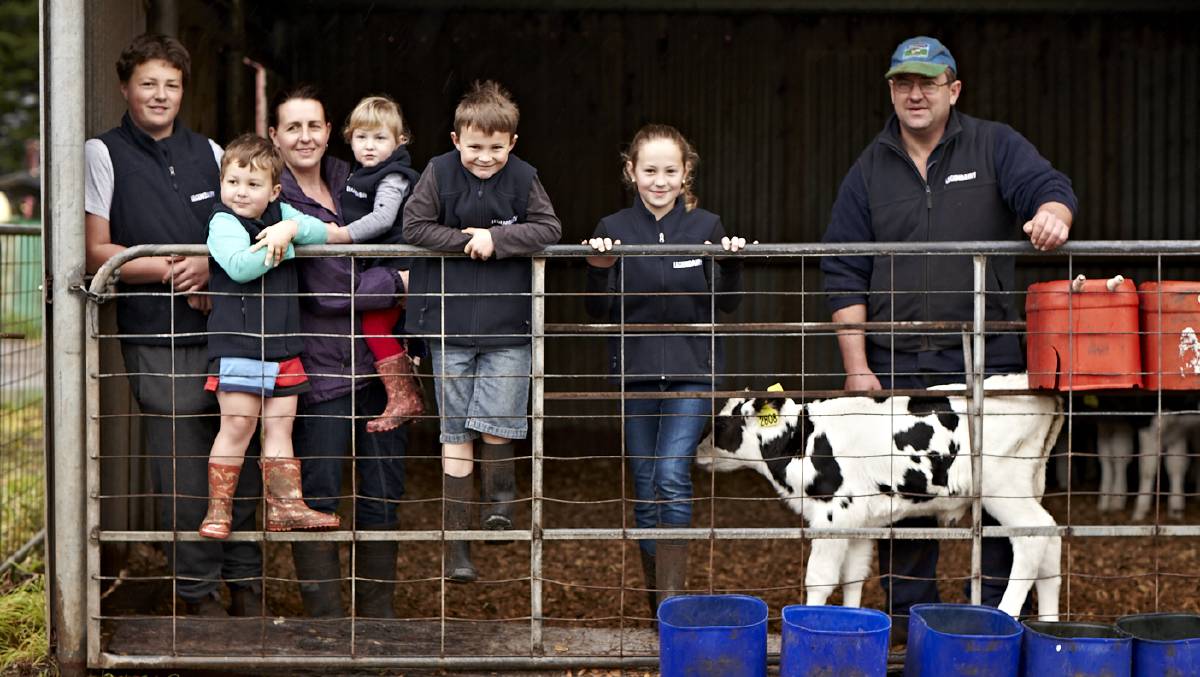 Not part of the "dairy establishment", Ben Bennett says he would help provide the diversity the Australian Dairy Farmers board needs.

Ben Bennett presents himself as the plain-speaking champion of the grass roots, an outsider in the six-horse Australian Dairy Farmers board race.

He's a first-generation dairy farmer who wears muddy gumboots rather than a well-known dairy name as his badge of honour.

And, although president of the United Dairyfarmers of Victoria's Corangamite branch, he's a relative newcomer to dairy advocacy.

It meant, Mr Bennett said, his chances of election on November 25 were just a shade better than a snowball's hope.

"I'm the new boy on the block and I have to take that into account, so my chances are exactly that. I'm up against seasoned campaigners in their respective states."

Candidates from outside the "dairy establishment" were essential though, he said, to an effective peak advocacy body.

"For this industry to grow, there have to be new participants in the game and they have different eyes to survey the landscape and provide balance," Mr Bennett said.

"We need diversity above the eyebrows."

But he's far from wet behind the ears.

Like all the other final candidates, Mr Bennett won the approval of the independent selection committee which assesses skills like industry knowledge, governance, risk management, and stakeholder engagement.

He's been dairy farming for 16 years with wife Kylee in south-west Victoria following a senior management career in the meat industry that took him from New Zealand to India and Australia.

That experience is backed by a biotechnology degree and a graduate diploma in agriculture.

Asked why he's standing if he rates his chances of winning as slim, Mr Bennett said his desire for change was strong.

"My motivation to stand is, in large part, due to the frustration of grass roots issues not being acted on, let alone hitting the table of the positions of power and influence," he said.

Asked whether he was referring to politicians or consumers, Mr Bennett said those who had the most influence were actually bureaucrats.

"Politicians, no disrespect, they have cycles, but the culture of the bureaucracy is quite long standing and we need to have a strong position within the mix," he said.

"We are the participants. We are not spectators."

Farmers, he said, were often sidelined.

"There is no voice and we are a little bit apologetic when we should be very much on the front foot because we are producing a product that we can be proud of."

Examples of that sidelining, he said, were quad bike regulation as well as Dairy Australia's role in the industry.

Mr Bennett said the ADF should have pushed back against the National Farmers Federation's support for new safeguards, which several manufacturers had cited as a reason to stop supplying the bikes in Australia.

"If you can't get the cows in, it really doesn't matter about world peace if we all die of starvation," he said.

DA was allowed to use its government and levy payer funding to help build good policy that was vital to support farmer advocacy, he said, but that needed to be guided by farmers.

"It appears DA wants to be sort of the Numero Uno and I feel those in the the best position for that are people with skin in the game, that's farmers themselves, they need to direct that because they know what the challenges are," Mr Bennett said.

As the number of staffers at the dairy advocacy organisations dwindled, he said technical support from DA was becoming increasingly necessary.

"UDV has been bled out, eviscerated and now it's been decapitated. I think it's a bit dodgy," Mr Bennett said.

"This is serious stuff. It's a $13 billion dollar industry and our key person from the key state contributing was basically a one man band."

The resourcing issue was almost certainly being discussed in the background, he said, but had to be prioritised.

"These things need to be advanced, we can't sit here and play the flute while Rome burns," Mr Bennett said.

With an election ahead, he said ADF should be lobbying for greater security of essential supplies, including high-analysis fertiliser, diesel and electricity.

To determine policy positions, though, there had to be more active engagement of the grass roots.

"Invite dissent and critical opinion, listen intensely and then engage on points of commonality to grow a point of consensus regarding that issue," Mr Bennett said.

"It's a very, very important process.

"Someone has to instigate it, actively invite and appreciate their input, sincerely and honourably, then work for the points that you have in common and grow out the rest of that endeavour into broad acceptance. But, if that doesn't happen, that's fine too."

It was a process he had implemented while running large meat plants. Without it, he said, "you would not last, you would be found out".

Mr Bennett had made the transition from corporate life to dairy farming 16 years ago because he sensed opportunity and remained optimistic about the industry.

"I actually do think we will grow because the alternative is not exactly overly sustainable," he said.

"It's like riding a bicycle, if you're not going forward, you tend to fall off."

Advances in cropping, fertility, pasture and farm technology were rapidly gaining uptake and would help to drive that growth, he said.