The SA all breeds goat showdown attracted hundreds of spectators on Saturday at Mount Pleasant where many entrants competed across seven rings. 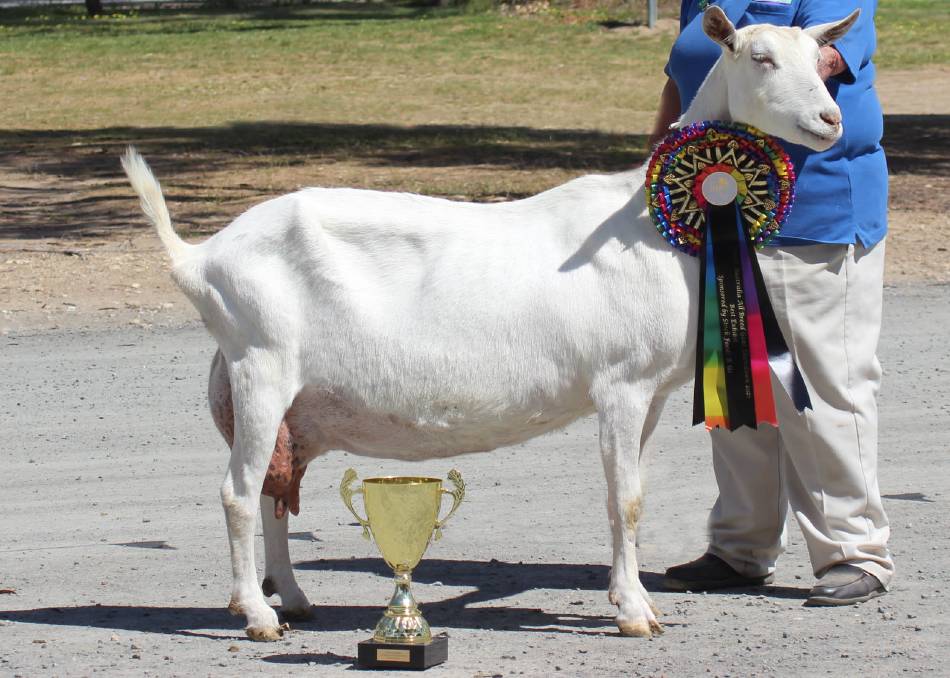 The first-ever SA all breeds goat showdown attracted hundreds of spectators on Saturday at Mount Pleasant where many entrants competed across seven rings.

Rosalie Skipper, Blanchetown, won the all-breeds champion with her Saanen, Glenforslan Keeko, after it took out the senior grand champion title earlier in the day.

Judge Lynn Carter, Lynndon Grove Angora Stud, Moonta, said it was a close call for the overall winner but it won because of its size and overall milk capacity.

"She has been a very highly decorated doe wherever she has been and is worthy of her accolades," she said.

The SA all breeds goat showdown featured Saanens, Anglo Nubians, British Alpines, Toggenburgs, Boers, Kalahari Reds, Angoras, Pygmys and Australian Miniature goats, with this the first time an event like this had been held - in part due to the cancellation of the Royal Adelaide Show.

The event brought together commercial operators and hobbyists within the goat industry.

Event coordinator Megan Miller said working together with all groups and sectors benefited everyone greatly and represented SA proudly.

"The atmosphere was incredibly positive and those involved look forward to growing the event for next year," she said.

"Entrants were deeply appreciative of the generous sponsorship and support offered with a consensus from those involved that there are so many opportunities for goats to be profitable in so many different ways throughout the state, nationally and internationally.

"It is clear from activities throughout the day, one of the best pathways to achieve success is by helping each other to create links, relationships, opportunities, educate and encourage each other."

Ms Miller said the Australian Miniature goat and Pygmy goat section had the most interest from the crowd.

Exhibits shine in own classes

With plenty of breeds on display, there were quite a few ribbons handed out throughout the day.

Amy Eatts, Lameroo, took out the champion senior doe in the Pygmys and best of breed with Capricorn Ridge Silver Poplin.