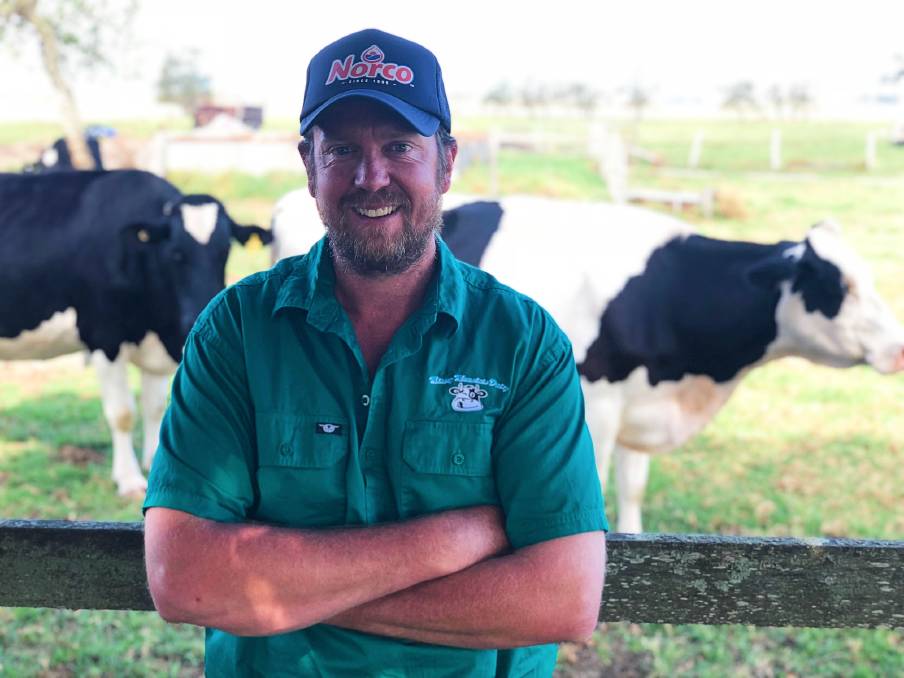 Board contender Heath Cook wants a shake up at Australian Dairy Farmers that would rattle all the way through the states down to the grass roots.

The dairy farmer from Dorrigo in NSW's Northern Tablelands said there was a disconnect between the peak national body and the grass roots farmers it serves, which starts with the states.

There were two main areas in need of urgent reform, he said: communication and funding.

While a first-generation dairy farmer, Mr Cook is far from new to dairy advocacy, having spent three years on the NSW Farmers Dairy Committee.

He also spent two years as Mid North Coast co-ordinator of the Young Dairy Network and is a Norco Co-operative board member.

During the three years he'd been involved, Mr Cook said, there hadn't been regional meetings for NSW Farmers dairy members. Instead, he'd been forced to rely on his personal network of contacts.

"You're only going to get the information from the people that you reach out to or who are comfortable reaching out to you," Mr Cook said, "so you have the potential to get skewed viewpoints and information."

The organisations themselves also needed to embrace larger chunks of the industry to show they were relevant, Mr Cook said.

"If you only have interaction with 20 or 25 per cent of dairy farmers within the state, you need to ask yourself the hard questions," he said.

"Do they think they're not getting return for their investment, do they feel they're not being heard?

"We need to ask those really hard questions and do some self-evaluation."

The disconnect between grassroots members and industry leaders could be overcome with more frequent and effective two-way communication, Mr Cook said.

"All the best ideas come from the workshop floor," he said.

"We need to get back to regional meetings, get information from the coalface and it also has to be a closed circle.

"We need to find a better way to communicate back to our farmers so it's a closed circuit from region back to state, state to national level and back again from national level to state, and to region."

"At the moment, ADF runs on the smell of an oily rag," he said.

"Until we have a sustainable funding model, how can we keep advocacy going into the future?

"It's great for me to start tabling issues I think we need to put into our core strategy but, unless we look a funding model, it doesn't really matter what we put up on the table because we're not going to have the cashflow to allow us to deal with the issues."

The funding of industry bodies hit the headlines recently with the announcement that farmers would not be offered the option to vote for a reduction in the mandatory levy that supports Dairy Australia.

Mr Cook resigned from the committee responsible for the decision in protest, alongside fellow committee member Matthew Trace. He said the resignation had triggered questions about his suitability for the ADF board.

"Obviously it's pretty well known that I resigned from LPAC so people have asked, 'When the going gets tough, do you just throw the toys out of the cot and leave?'," Mr Cook said.

"My answer to that is, when you're on a committee or board, you need to abide by governance and regulations.

"If you believe a decision is being made that contravenes the terms of reference or is at odds with your core beliefs, there comes a point where you have to say I'm really not prepared to stay on this board or this committee."

Elections for the Australian Dairy Farmer board will be held on November 25 and contested by a field of seven for two business director positions, while there has only been one candidate for the sole independent director role.