A milestone year for the Brown's Well Crop Competition was met with much enthusiasm, with about 50 Mallee croppers and industry members turning up for Tuesday's event which in its 50th year. 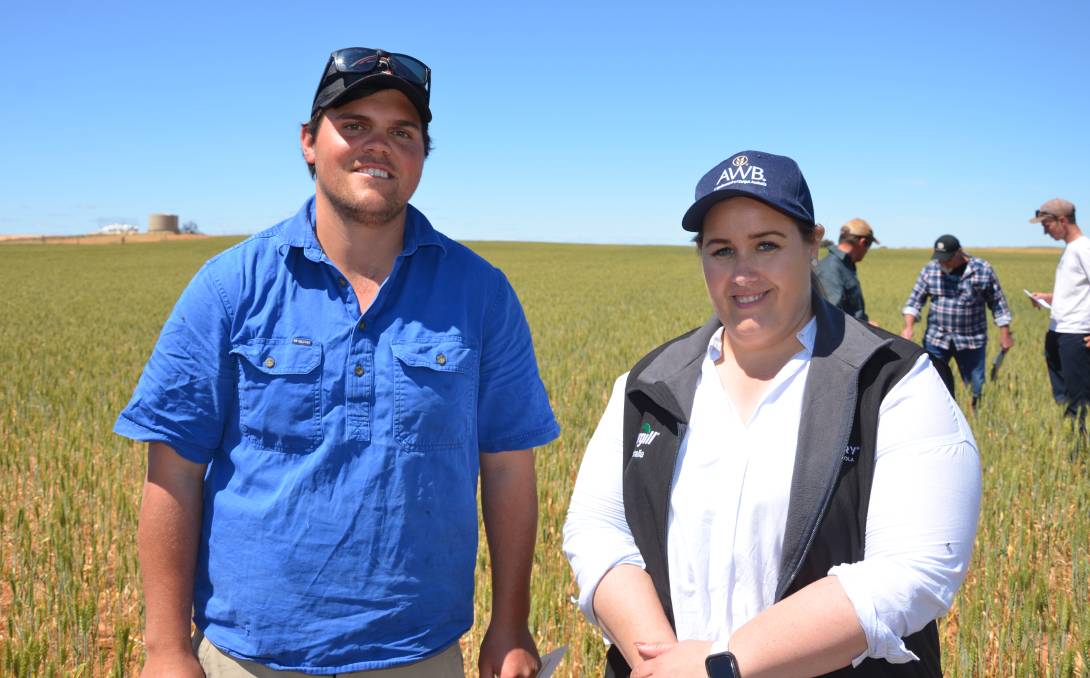 A milestone year for the Brown's Well Crop Competition was met with much enthusiasm, with about 50 Mallee croppers and industry members turning up for Tuesday's event which in its 50th year.

Across the day, the group travelled to six farmers' wheat crops across the district, judging which crop was best in what has been a tough season in the Mallee, with less than 140mm growing season rainfall for all crops inspected.

For the third consecutive year, the Singhs were deemed overall winners with a grand total of 84.8 points, ahead of Bulla Burra on 82.42 points.

Best water use efficiency was won by Clinton Scholz, at an estimated 29kg/mm of effective rainfall.

The estimated average yields for the six crops inspected ranged from 1.24-1.56t/ha.

The group also visited the NVT trial site at Peebinga, where AGT's Dan Vater talked through the success of the varieties grown at the site, and also visited a site looking at the impact of rehabilitation and soaks.

Stock Journal's CLAIRE HARRIS went along for the day.