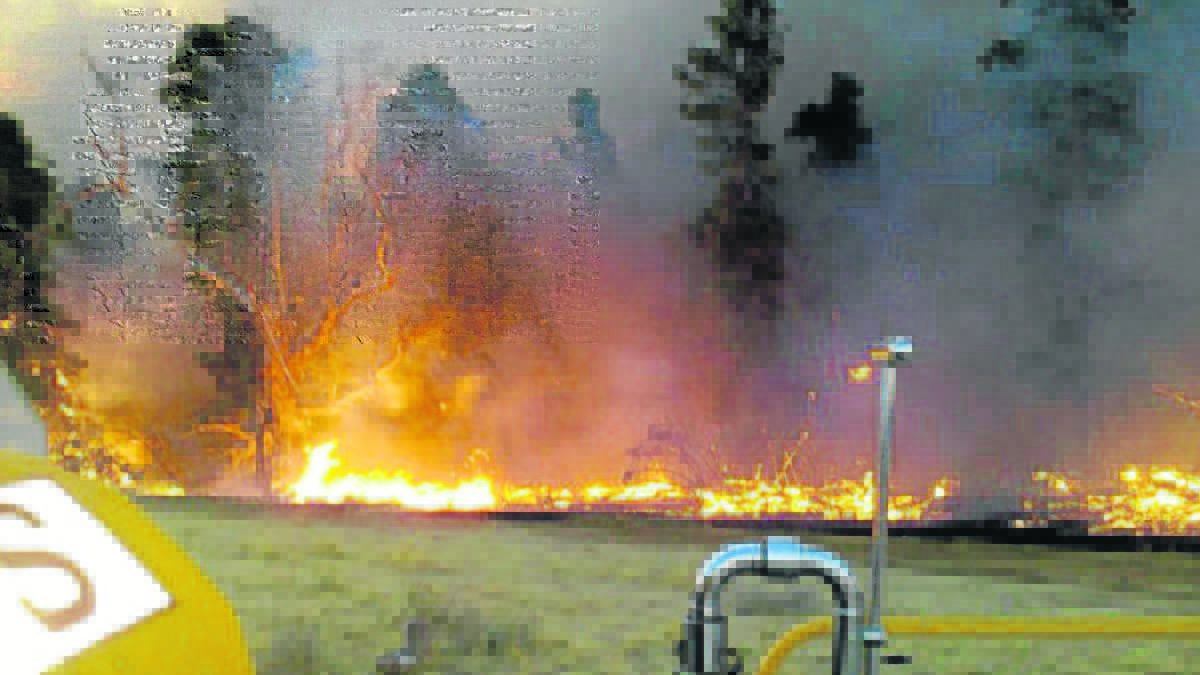 The Country Fire Service has issued a severe bushfire warning for Wednesday (October 19), with total fire bans to be in place in the Northwest Pastoral, West Coast and Eastern Eyre Peninsula regions.

The Country Fire Service has issued a severe bushfire warning for Wednesday (October 19), with total fire bans to be in place in the Northwest Pastoral, West Coast and Eastern Eyre Peninsula regions.

This will apply for 24 hours from midnight tonight to midnight tomorrow, on the back of severe weather conditions.

The Bureau of Meteorology has warned that warmer temperatures in the mid to high 30s in the north and west of the state will be exacerbated by windy northerlies leading to hotter temperatures almost statewide on Wednesday.

More areas are forecast to have maximum temperatures about 8 degrees Celsius to 12C warmer than normal at this time of year.

A milder gusty change will progress across western and central parts during Wednesday and Thursday, with some isolated rainfall expected to accompany thunderstorms.

The CFS has requested farmers abide by the harvesting code of practice in affected regions.

The CFS has not yet issued its fire danger season dates, with the season usually running from November through to April.

With the official fire season approaching, the fire service has urged SA residents to research and practice their bushfire survival plan before an emergency occurs.

New statistics from the CFS shows 42 per cent of South Australians living in bushfire prone areas do not know the meaning of their local Bushfire Safer Place or where to find it.

Preparedness Operations acting director Joel Taggart said a Bushfire Safer Place was an identified area that could provide relative safety and be used as a location for people who live in the area or have planned to leave early from high-risk locations on a bad fire day or during a bushfire.

"Despite the fact that we've had catastrophic bushfires in our state over recent years, it's quite worrying to know that people don't fully comprehend the concept of our established Bushfire Safer Places," he said.

"More often than not, they get confused with a Bushfire Last Resort Refuge, which should not be used unless there is absolutely no other option."

The data, gathered at the conclusion of last fire season, also shows that one in three (29 per cent) people are not aware of the meaning of a Bushfire Last Resort Refuge - with many people aged 18 to 39 appearing to confuse it with a Bushfire Safer Place.

A Bushfire Last Resort Refuge is a space or building that could be used as a last resort to shelter from a bushfire.

But they only provide a minimum level of protection and do not guarantee the survival of those who seek refuge there, nor will there be any respite facilities in such locations. It is also unlikely firefighting appliances will be in attendance at such Refuges.

Mr Taggart said a last resort refuge should only be used when a designated Bushfire Safer Place cannot be reached, or if a person's Bushfire Survival Plan has failed.

"It's critical that anyone who lives, works, or travels through an area where a bushfire can occur knows exactly where the safest place to seek shelter is, and that they have a plan," he said.

"Don't wait until the last minute, do your five-minute bushfire plan now."

Emergency Services Minister Vincent Tarzia said the communication of accurate and reliable information about Bushfire Safer Places was part of the SA government's $97.5 million response to the Keelty Review.

"Some of the state's high bushfire risk zones are much closer to the CBD than many realise," he said.

"All South Australians should check if their property is within the defined areas of a Bushfire Safer Place as Adelaide's suburban fringe teeters on potentially dangerous bushfire zones.

"Play your part, know the risk in your area, and have a Bushfire Survival Plan in place, it takes just five minutes to complete.

"Preparation, careful planning and the use of bushfire awareness tools like the Alert SA App will save your life during an emergency."