The Naracoorte community turned out in strong numbers for the 157th annual show on the weekend, keen to return to the showgrounds after the cancellation of the 2020 show. 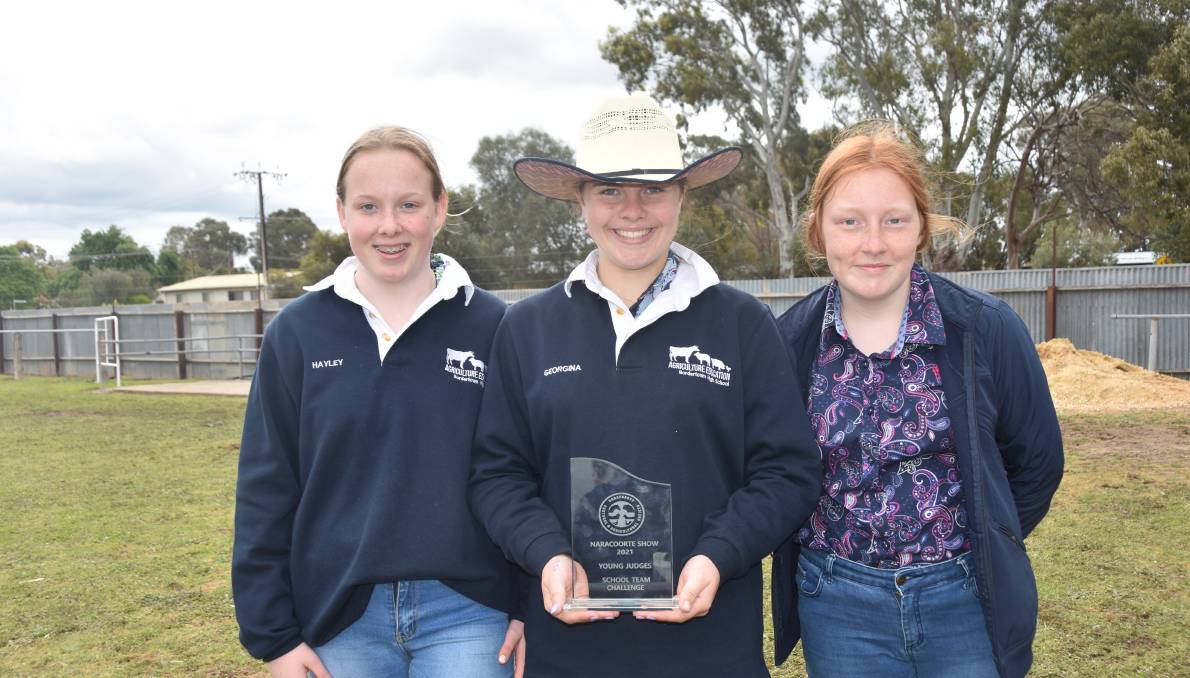 The Naracoorte community turned out in strong numbers for the 157th annual show on the weekend, keen to return to the showgrounds after the cancellation of the 2020 show.

The show committee was determined to proceed with the event, despite having to pre-sell all their tickets online and facing many added expenses to put in place a COVID Management Plan, so they were thrilled that more than 2200 people came through the gates.

There were a record number of competitive entries, more than 1800 across all sections, including the horse show, which was held on the Sunday.

The beef cattle section was particularly well supported with nearly 40 head from seven exhibitors, including the supreme exhibit, Boulview Mackenzie, a Charolais cow and her calf, entered by Alizah Fogden, Loxton.