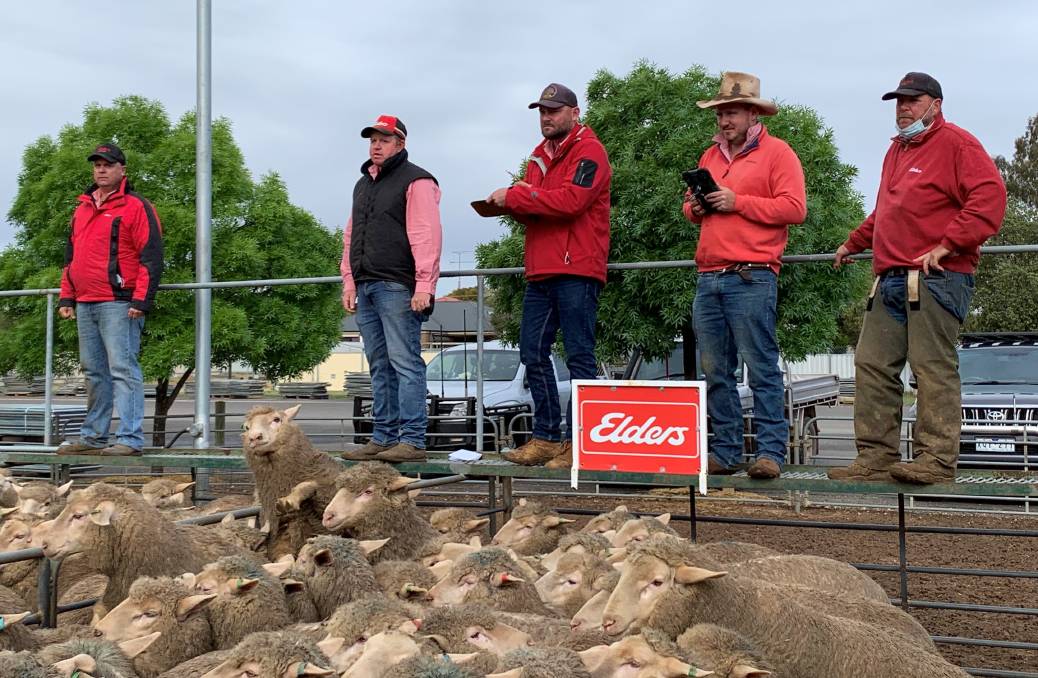 The Elders team in action on the first run at the Ouyen market.

LAMBS ranged from firm to $30 cheaper, depending on quality, at the Ouyen Livestock Exchange in Vic.

LAMBS ranged from firm to $30 cheaper, depending on quality, at the Ouyen Livestock Exchange in Vic, on Thursday.

HJ&PD Ferguson, Walpeup, Vic, had a run of 142 crossbred sucker lambs, which made the sale top price at $259.

There were several runs of Dorper sucker lambs with the best of these a run of 80 from Harrison & Sons, Broken Hill, NSW, which made $230.

The best of the mutton offering was $200 paid for 47 from HJ&PD Ferguson. Hannig/Ferguson had 54 make $198, while J Hahnel Nominees, Timberoo, Vic, had the same price paid for 59.

The next Ouyen market is on October 28.