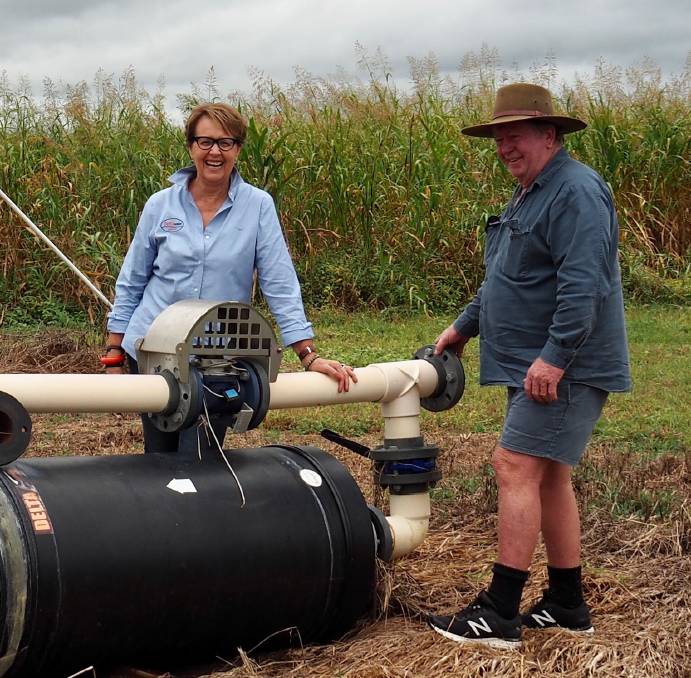 Alex and Dianne Panov founded their family-owned company, which manufactures water treatment conditioners for the agricultural industry, almost 30 years ago.

Their products, which are power-free, maintenance-free and chemical-free, overcome problems associated with salinity, scale build-up caused by calcium and magnesium, water hardness, iron, and corrosion.

Riverina farmer Frank Cox's crops and pastures have flourished since installing a custom-designed Deltawater treatment system on his 40-hectare irrigated lucerne paddock, which was struggling due to highly saline bore water.

"The Deltawater conditioner has had a huge part in that."

He installed a Deltawater conditioner to treat problems his highly saline water was causing such as stunted growth.

He is now harvesting about 4000 extra bales every year.

"The Delta has made a hell of a difference here," Mr Hogan said.

"Over the whole farm we've gone from only doing 17 to 20 bales a paddock to around 40 bales per cut.

"That equates to around 4000 extra bales a year due to Deltawater."

"The good thing about dealing with Delta is they have a range of units with different strengths to suit specific situations such as hard water where you need to stop scale, salinity issues, high salt issues or biological activity," he said.

"Many of our customers now have them installed across their whole farm as well as hooked up to their home and garden." 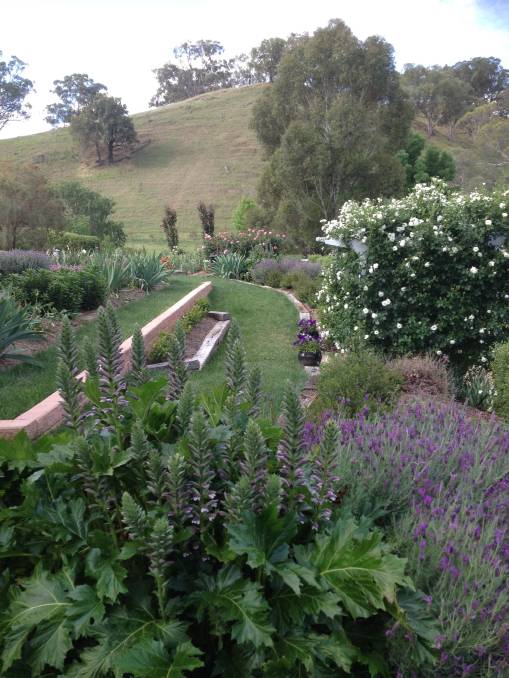 LUSH: The Ward family have a thriving garden thanks to a Deltawater conditioner.

South-west Queensland cattle producer Andrew Woodrow said his investment in a Deltawater unit paid for itself within 10 months by solving cattle health problems caused by high chloride and sodium levels in his bore water.

Mr Woodrow and his wife Annette run a steer-growing operation, mainly Santa Gertrudis-cross and Droughtmaster, which they turn off after about 12 months. In a good season they can turn them off in 10.

"We are at least two months in front since putting the Delta on," he said.

"From a financial point of view, it has worked well in our favour."

Mr Woodrow said it took just four days to notice a difference in his cattle.

The Australian-made water treatment system also solved a scouring problem that had arisen after they installed the bore.

"Now a beast comes into the trough with the Delta-treated water, and I wonder when it's going to stop drinking," he said.

Now a beast comes into the trough with the Delta-treated water, and I wonder when it's going to stop drinking. - Andrew Woodrow, south-west Queensland cattle producer

Understanding people's water problems before recommending a solution is the key to the success of the Deltawater, according to John Powderly from Powderly's Pumping and Irrigation Services in Young.

"What really sets them apart is the fact they always test the water before they recommend one of their conditioners," Mr Powderly said.

"If you don't follow this path you could end up with any quality of water conditioner and it's not going to work."

Problems growers face in the area, renowned for cherries and grapes, include salty bore water and salt build-up in soils.

"We've got quite a few Deltas on grapes and they're getting better growth, better coloured leaves, better production of fruit - better all round," Mr Powderly said.

"Plus, they're noticing less salt build-up in their soils."