WITH diseases caused by Kangaroo Island's feral cat population a constant threat of potentially damaging the island's sheep industry and fragile landscape, locking the gate on the Dudley Peninsula's cat fence upon its completion on Friday provided renewed hope for a cat-free island. 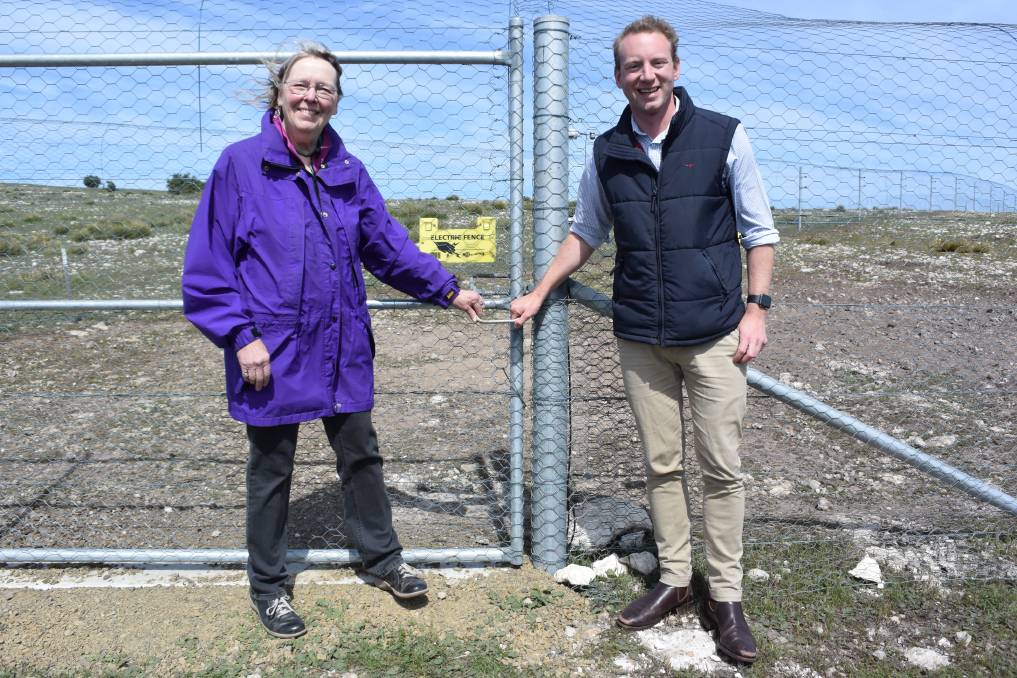 WITH diseases caused by Kangaroo Island's feral cat population a constant threat of potentially damaging the island's sheep industry and fragile landscape, locking the gate on the Dudley Peninsula's cat fence upon its completion on Friday provided renewed hope for a cat-free island.

Construction of the three-kilometre fence on the island's east began at the end of 2019 and project leaders are hopeful it will bring have been a success in halting the reinvasion of feral cats from the west into the eradication zone by 2023.

Dr Rismiller said this project was a long-time coming, with many challenges and delays overthrown to reach the point of the fence completion.

"The board and the community had a vision of a feral free KI and not just for the Dudley Peninsula," she said.

"The island does not have rabbits or foxes. It has eradicated deer and goats, and we are also on the brink of eliminating feral pigs."

But feral cats have been a different issue and Dr Rismiller said it had been complex and intensive but, as a community, the eradication goal would be reached.

She believed the fence signified a community commitment to furthering the island's heath and economy by protecting the natural environment and wildlife while enhancing primary industries, with feral cats linked to millions of dollars in losses for the sheep industry alone.

Although the cat fence completion is a massive step forward, there are other tools still on the way that will further eradication.

"The team have a lot of ground to cover still but they are using many tools and are almost at the fence," Dr Rismiller said.

"The fence is a hard edge that the team are working toward - a lot of technology will be implemented to cover where there are gaps in the fence."

New tech is being tested, including 4G cameras connected to machine learning and real-time trap alerts.

When that happens, the team will save energy and time and essentially streamline their work to cover huge areas with less personnel.

It will also advance the eradication front dramatically.

Parndarna farmer Richard Trethewey wants a future where KI mutton is not rejected by SA abattoirs for containing too many cysts caused by sarcocystis, a disease spread by cats.

"There are genuine reasons why this fence needed to go ahead - this is huge for farmers," he said.

Mr Trethewey estimated a loss of $5 million to KI sheep producers through sarcocystis and Toxoplasmosis, which causes fertility issues in ewes.

"Large portions of meat is removed from the carcase to remove the cysts - it's a big loss for farmers and often the carcases are condemned," he said.

"KI has the highest incidences of sarco. If we can eliminate feral cats that will open the industry up."

Mr Trethewey runs about 11,000 sheep and said the fence would have a significant impact for producers and the environment.

"Combined with the environmental benefits, it is a great outcome," he said.

Mr Speirs said closing the gate on the fence was an exciting "closure" to be involved in. He was elated to pull the gate back and declare the fence in action.

"A lot of people have been involved in the concept and getting everyone on KI on the same page can be challenging at times but I think we have reached a good place with it," he said.

"This fence really marks an accumulation of so many ideas and effort from so many groups and departments."