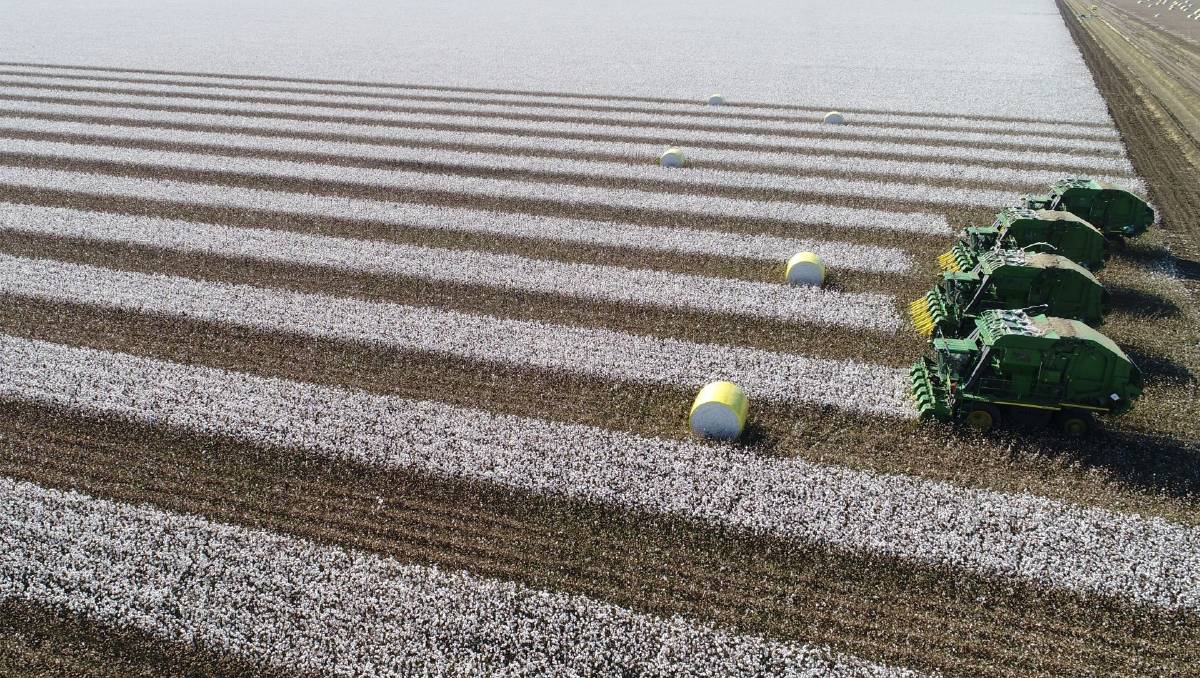 The station has produced more than 200,000 bales of cotton in the past seven years. Pictures: Inglis Rural Property.

Westchester group bought the farm in 2012 from Twynam (who bought it off Mr Elliott and partners in 2002) and leased the farm to Auscott Ltd (which is due to expire early next year).

With 12 kilometres of frontage to the Murrumbidgee River east of Hay, the property includes 5748ha flood irrigation and more than 10,600 megalitres of water storage capacity.

There are big water entitlements available (both groundwater and surface/river-water) which are being sold with or without the land.

The station is regarded one of the largest irrigated row crop and pastoral holdings in the Murrumbidgee Valley.

Cobran, 28km from Hay, includes 5748ha of flood irrigation with scope to develop a further 2000-2500ha of irrigation for annual row-crops, pasture and/or permanent crops.

Cobran has grown a diverse range of crops over the years along with its big grazing operation.

The station produced more than 200,000 bales of cotton in the past seven years, averaging about 30,000 bales each harvest at an average of about 12 bales per hectare.

Mr Triggs said the station's owners have advised the property's large water entitlements are not contingent on the sale of the land.

"The vendor has provided clear instructions to offer Cobran Station with or without the significant river and groundwater water entitlements, I cannot emphasis this enough," he said.

"Due to the dynamic and versatile nature of the property, including multiple water sources including three independent pump stations on the Murrumbidgee River and five bores, the property may be subdivided for multiple purchasers and/or a syndicate buyer." 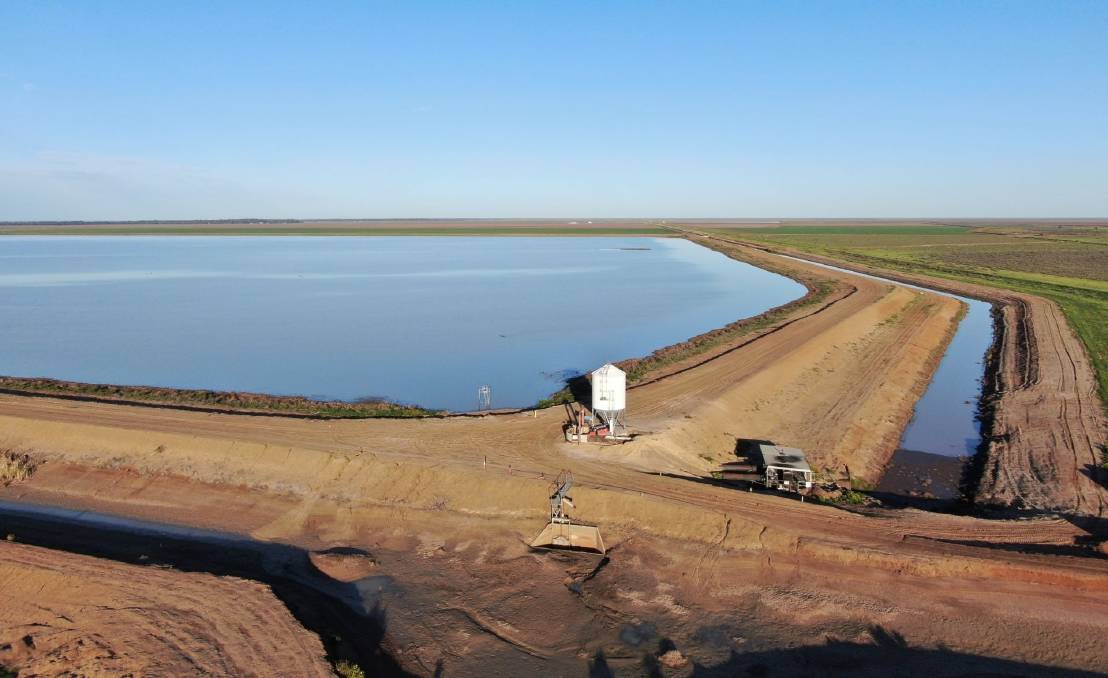 Cobran was a much larger 31,219ha when bought by Twynam in 2002, but reduced to just over half in 2004 by the sale of a grazing section as North Cobran.

Twynam, then owned by Argentina-based agribusiness magnate John Kahlbetzer, developed 2300ha of the former rice country for irrigated cotton, also growing canola, wheat and maize, before divesting it of more than 240,000 megalitres of river water entitlements with its controversial $303 million sale of water in 2009 to the Federal government.

The station also features a significant seven-bedroom homestead and gardens on the banks of the Murrumbidgee River along with numerous outbuildings, woolshed, workshops, office and staff cottages.

Westchester in Australia chief executive Matt Bull said: "What attracted us to Cobran 10 years ago was the scale it provided our portfolio at the time, coupled with the opportunity to further develop the land to increase production in an area/region which we felt had massive potential for a diverse range of agricultural enterprises."

"Our organisation thought that the opportunity in the Lower-Murrumbidgee valley was going to be similar to what had been experienced in California, only decades behind and on a smaller scale.

"The construction of local infrastructure (i.e. processing facilities) and the establishment of the associated local services (over this past 10 years) to support the huge growth in annual and permanent crop production throughout the region, supports this theory and the case for a new owner to capitalise on this recent investment, and/or possibly continue developing the property," Mr Bull said.

He said under Westchester's standard investment strategy, it would normally continue to lease a property like this for another 10 years, and/or look to further value-add by developing the land.

"Unfortunately, the investment entity which owns Cobran does not have additional capital available to continue developing this property to a higher-value and more intensive use," he said.

"The existing lease is also about to expire, which opens a rare window of opportunity (within a long-term lease model) to consider selling a property of this size and scale."

Like some other large cotton-growing concerns, Cobran made its name as a Merino woolgrowing and stud property.

It came into being in 1926 when Sims and Cooper, who owned the original Cobran property and stud near Deniliquin, were forced by closer settlement to move elsewhere.

They selected a 32,000-acre (12,800ha) portion of the huge Illilawa Station adjoining Uardry and moved the stud to the new property, which they named Cobran.

Cobran Station is being offered for sale via expressions of interest, closing November 17. For more information contact Sam Triggs 0410 683891.

The story Big Riverina cotton grower back on the market first appeared on Farm Online.