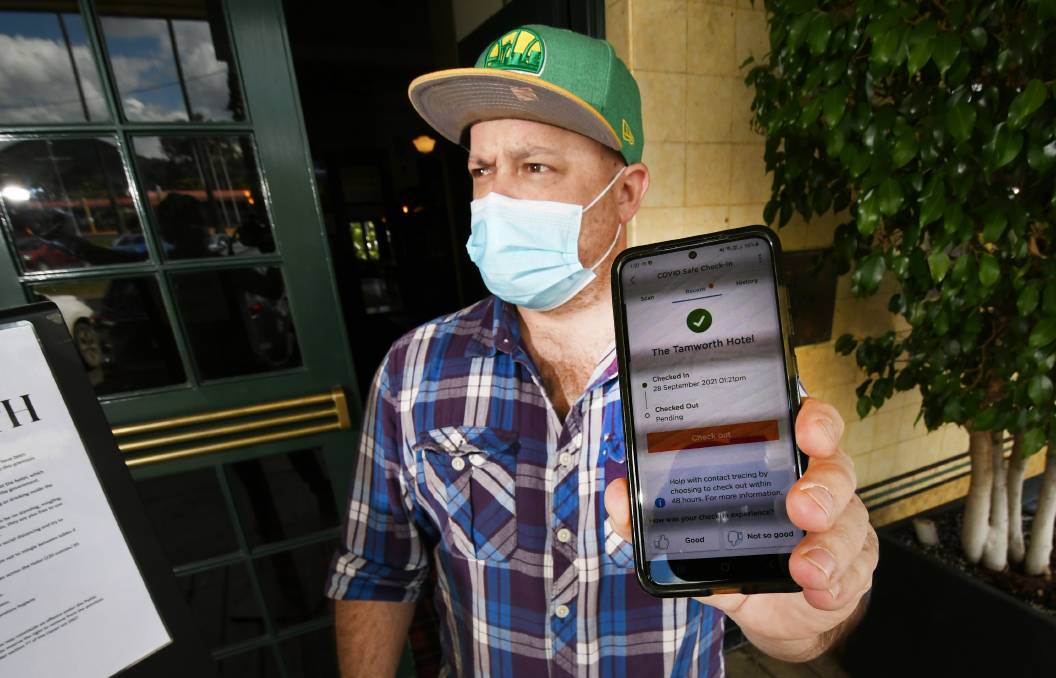 TICKED OFF: Tamworth Hotel manager Brad Smith said there are a number of issues with the roadmap out of lockdown. Photo: Gareth Gardner 280921GGD03

Unvaccinated people will lose freedoms from October 11, despite the regional rollout being slow.

THE NSW roadmap out of lockdown has raised as many questions as it's answered, according to Tamworth Hotel manager Bradley Smith.

While it was designed to provide certainty as to what people can and can't do after the state reaches 70, 80 and 90 per cent double dose vaccination, Mr Smith said the rules are unfair to regional businesses.

As of the Monday after the state reaches the 70 per cent mark, which is expected to be October 11, double-vaccinated people will receive a number of new and permanent freedoms.

However those who aren't will lose some, including not being able to go the likes of restaurants and pubs.

Mr Smith said he doesn't understand why it's being implemented as a blanket rule for the whole state, given the greater Sydney area was given wider access to vaccines earlier.

"We haven't had the rollout out here to have all of our staff double vaccinated by that date, even myself, my second vaccination date is in the middle of November," he said.

He said the pub was "going to go backwards" when October 11 arrives as many customers may not be eligible to go out.

However, that raised another point he was concerned about, which was how staff were going to be able to police the issue, especially late on Friday and Saturday nights or for special occasions.

"You're going to have to have someone dedicated to staying on that door and stick to that one point of entry, so it's not like relaxing where we've got the multiple doors open, it'll still be quite restrictive," he said.

"You're asking 18 to 24 year olds to police some of the most opinionated people out there who are going to be very passionate about their stance and why they can't come in.

"It's a bit of a rough end of the stick to give someone."

Given the difficulties, he hopes the government will back down on its stance that people in regional NSW have to abide by the same deadlines as the Greater Sydney area.

One date he is looking forward to is December 1, when a large number of restrictions are lifted and both vaccinated and unvaccinated people will be able to go out and attend events.

Masks for front-of-house hospitality workers will still be required though, which will be a pain for Mr Smith who said they have been the "bane of my existence".

"With this game you've got a lot of face-to-face interaction and if people can't read your face and they just see your eyes it's difficult," he said.

"I've been joking around with someone and they though I was serious and it almost erred on the point of offence."

The story NSW pub owners reckon regions get the rough end of the stick in roadmap first appeared on The Northern Daily Leader.