THE decision to transition from an online sale to a physical yarding was a popular one with vendors, buyers and viewers at the sparkling debut of the Mid North Feature Ewe sale on Wednesday. 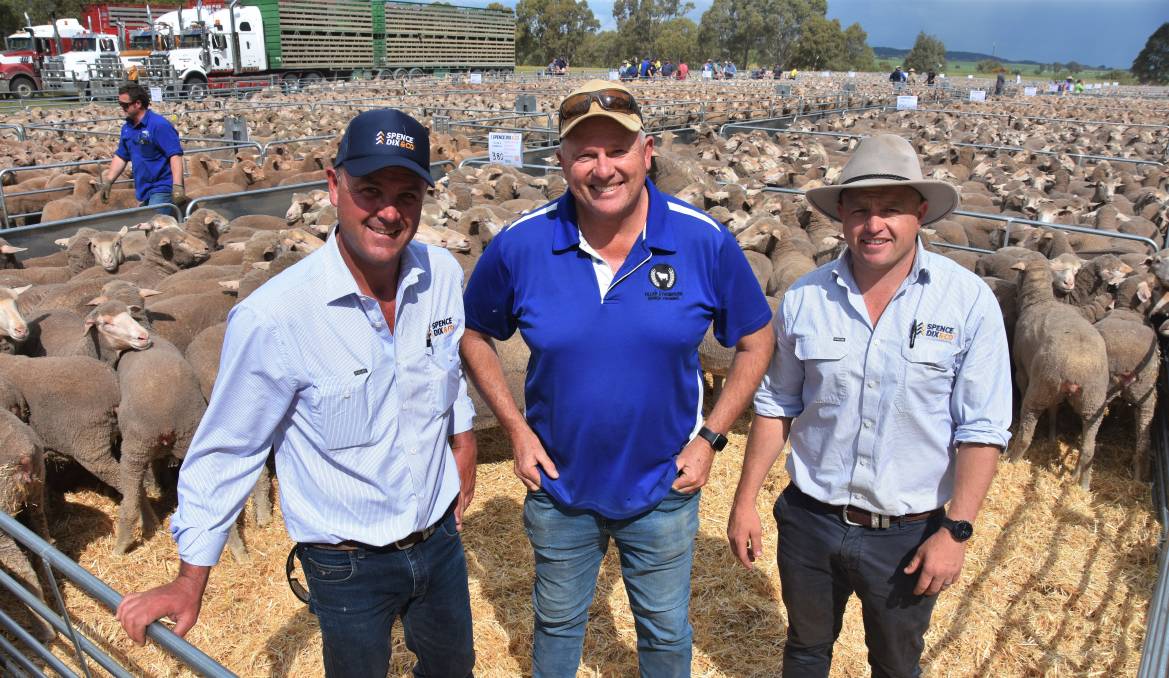 THE decision to transition from an online sale to a physical yarding was a popular one with vendors, buyers and viewers at the sparkling debut of the Mid North Feature Ewe sale on Wednesday.

Competition was extremely strong across the yarding, which consisted of mainly Merino and Dohne ewe hoggets, 4.5 and 5.5-year-old ewes and ewe lambs.

The vendors held the state record for a short time last year after selling their 2020 hoggets for $350 on AuctionsPlus.

Vendor Paul Thompson said they always went the extra mile to present the ewes in the best condition possible.

"We've rode the crest of the wave with sheep in recent years on the back of strong commodity prices," he said.

"We're over the moon with today's result."

Mr Thompson was full of praise for Spence & Dix Co for organising the Marrabel sale.

"We've been really happy with AuctionsPlus and the results we've had, but this is a good opportunity to display our sheep," he said.

"We had a lot of positive feedback from people who haven't seen our sheep before, which is good to hear."

The Stockman's thirds also made $358 to Spence Dix & Co Keith.

The offering of 5.5-year-old ewes also sold strongly, with 206 April-shorn, Glenville-blds from SM&NK Mudge, Mallala, topping the category at $244.

Receiving $236 for their 158 Lines Gum Hill and Nyowee-blds to cap off a solid selling day was DS Barr Farms.

There was a limited selection of ewe lambs on offer and it was a 299-head complete drop of April/May-drop, Hamilton Run-blds from PD Springbett that escalated to the top price of $226.

Spence Dix & Co agents Daniel Doecke and Daniel Griffiths were ecstatic with how well supported the sale was.

They said there was good buying support from both locals and South East buyers.

"The sale completely blew away my expectations," Mr Doecke said.

"We had fantastic support from both vendors and buyers. It was a really good quality yarding that delivered on the tag of a top-end feature ewe sale."

Mr Griffiths said they were happy with the strong results on older ewes and ewe lambs, as well as the ewe hoggets.

He said the $404 record breakers were "outstanding sheep" and a credit to Tiller and Thompson.

"There have been plenty of people here commenting that they're up there with the best commercial sheep in the state and even further afield," he said.