Lucindale's inaugural working dog auction was a great success with nearly $300,000 worth of dogs sold on the weekend, including three which had a price tag of more than $20,000. 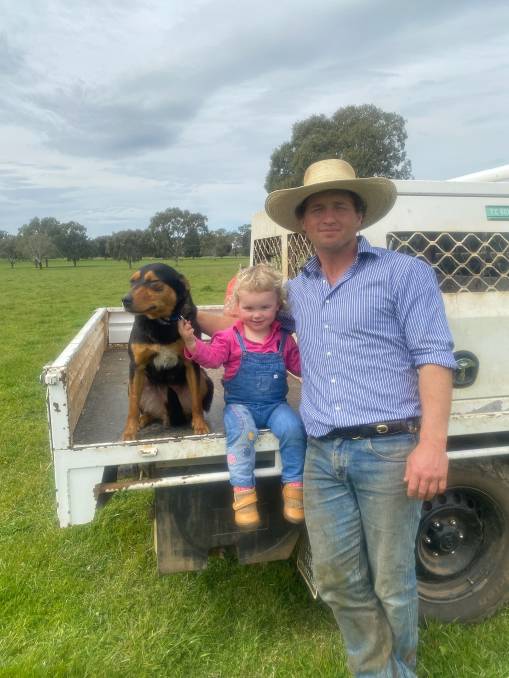 Lucindale's inaugural working dog auction was a resounding success with nearly $300,000 worth of dogs sold last Sunday, including three which had a price tag of more than $20,000.

A nearly three-year-old black and tan kelpie bitch, Josie, owned by Alistair Leonard, Balmoral, Vic, made the top money of $29,000.

Pre-sale bidding on AuctionsPlus in the week leading up reached $28,000 which started whispers that the dog may break the national working dog record of $35,200.

But on sale day it only took one more bid by Gamadale Australian Whites stud, Laschelles, Vic, to secure the lot 6 dog which came from a long proven line of station dogs.

"One thing that held her back was I couldn't demo (demostrate) there live but I am still extremely happy and she has gone to a good home," Mr Leonard said.

Josie was among four dogs who were unable to be at the auction due to border restrictions.

Mr Leonard said Josie had been his "top dog" for the past year and a half and he was only selling her due to the "market opportunity" for good dogs.

"She is such a reliable, hard working dog and she will do everything you ask of her and is such a great natured dog," he said.

His previous highest price received for a dog was $10,000 a couple of years ago, but he said livestock producers who did not have time to train a good dog themselves were recognising the value of a good dog.

" You can't put a price on what they do for you day-to-day on a farm, at home we are running 10,000 sheep plus I do some contracting work and I can do the whole lot of the drafting by myself with two or three dogs," he said.

"Sheep are getting more robust and tougher on dogs so we need dogs that are smarter and stronger."

As a 12 year old he trained his first dog and has been largely self-taught ever since, along with tips from his brother Jack who has topped the Casterton auction several times.

"If you can understand stock you will understand how to train good dogs," he said.

Tas vendor Matthew Johnson had the next highest price dog, Pandara Bruno, at $27,000.

The two-year-old was also bought sight unseen by Red Swamp Holdings, Mumbannar, as Bruno was not at the sale.

A red kelpie, GoGetta Positive, offered by Peter Barr, Pinnaroo, was the highest price SA-owned dog. It made $21,000.

Mr Barr also generously donated the proceeds from a kelpie pup, lot 32, to the SA Yard Dog Association which made $3500.

"It (yard dogs) is my interest and my sport so I thought it was a good opportunity to start something with the new auction," he said.

"I was lucky my family were into dogs and I was brought up like a little pup himself and now I have stuck with it and enjoyed it."

The sale's penultimate lot, Fly, was the only Border Collie in the catalogue.

The five-month-old pup offered by Lee Mickan, Loxton, which made $4000 to a buyer at Keith, was sired by his former state yard dog champion Waramara Joker.

"I don't believe a good dog is a bad colour," he said.

Auction chairman Greg Fisher said the committee was "extremely happy" with the result with started dogs reaching $8500 and the top pup making $6500.

"But if you work out the number of days a week and the hours a good dog works out to be a few cents a day, he said.

"They just save so much time and they are so smart when they are trained."

Mr Fisher said AuctionsPlus had been huge with 173 online bids and 14 dogs selling that way, but he was also rapt with the crowd from across the state, including a large local contingent.

"You never know with the first auction how it is going to do but there were some very good dogs, enough of them but not a heap of them and they sold well," he said.

He said Lucindale was the "right place" for a SA dog sale.

"Locally we have some great dog breeders and trainers who have been selling dogs in other sales and we have a high intensity of livestock run in this area so it should be easy to place dogs," he said.

"Finding labour is getting harder and harder, especially those that want to work so many farmers may decide for $10,000-$15,000 for a good dog they can save physically pushing sheep up all day."

Mr Dix said the auction had been great for the local community.

"There were a lot of locals here, other than the footy with the fires and COVID we have not had a lot to rave about this year," he said.