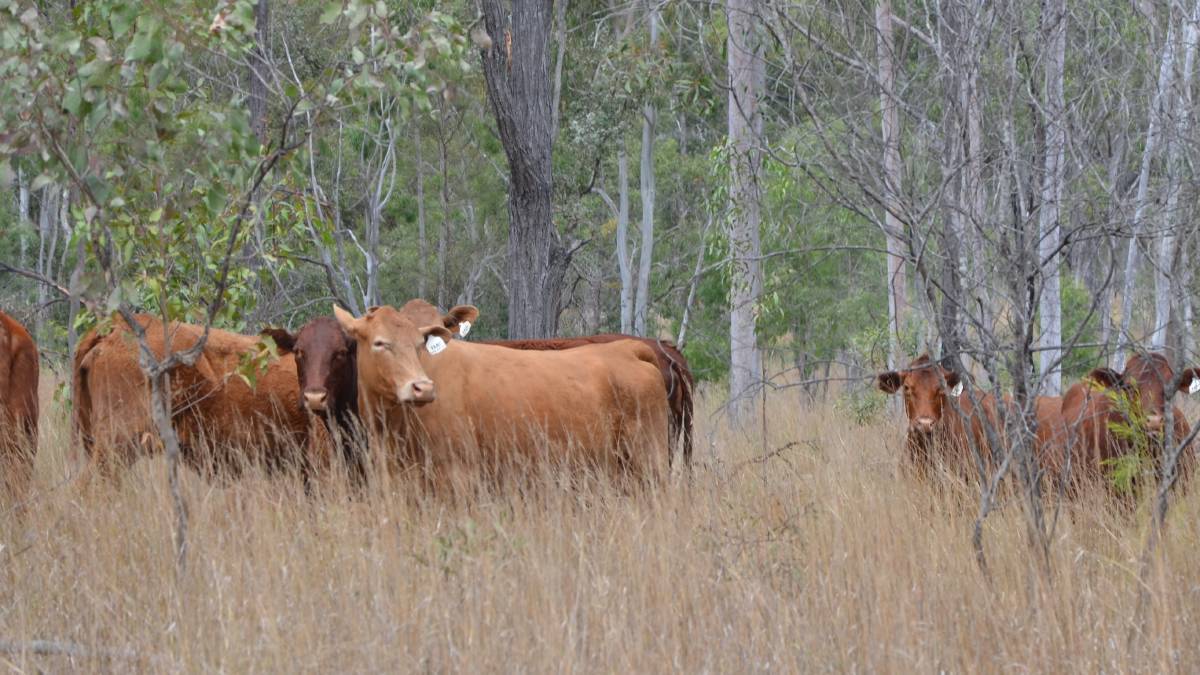 COMMENT: Grassetarians are an efficient converter of grass to protein.

It is World Meat-Free Week.

This is a concept thought up by a group of well-meaning, but misinformed, inner-city environmentalists in order to "save the planet".

A few people skipping a steak this week won't have a huge impact on our meat protein production industries.

But we must be aware of the growing trend among many Australians and overseas consumers who are going "meat free".

About 10 per cent of Australia's population now identifies as vegetarian or vegan.

You will know who they are, as they will tell you about it whether you care or not.

But there is a quieter group of consumers called the "flexitarians" who make up 1 in 3 Australians who are "flexible" and substitute meat out of their diets based on environmental, health and ethical grounds.

While I am happy for consumers to have choice, that choice needs to be based on facts and - in some ways - reality.

That is why I am a huge supporter of "grassetarians".

Grassetarians are animals that eat grass, such as cows, sheep and goats.

Other than being delicious, grassetarians are the best recyclers of any food group.

Humans are able to eat that meat, which saves us from having to eat our own body weight in low quality cellulose.

Grassetarians also recycle their own emissions.

Grassetarians are much maligned for producing 25pc of the worlds greenhouse gas emissions in the form of methane.

But when methane enters the atmosphere, it combines with oxygen (oxidizes) to form more carbon dioxide.

Grasses, just like trees, are chlorophyll-based plants and absorb carbon dioxide from the atmosphere for use in photosynthesis.

About one hectare of grass absorbs about 10 tonnes of carbon per year.

If a cow doesn't eat the grass, it is consumed either by termites - which emit large quantities of methane, carbon dioxide and molecular hydrogen into the atmosphere - or is burnt by fire started naturally by a lightning strike (or an idiot with a camp fire).

Grassetarians have been blamed for using a lot of water - not just from the water they drink, but also the water that is used to grow some of the food they eat.

The CSIRO has estimated it takes 50,000 litres of water to produce one kilogram of beef, but only 2500L to produce 1kg of soybeans.

Grassetarians are also flexible in where and how they eat.

They are happy to eat the grass intermingled in open forests grown from natural rainfall, whereas soybean and chickpea crops prefer treeless paddocks so that they can be heavily irrigated, fertilised, routinely sprayed with insecticide, harvested with a tractor, wrapped in plastic, packed into a cardboard box and delivered to a supermarket shelf.

Much has also been said about the health impacts of eating grassetarians.

Everything from bowel cancer to heart disease has been blamed on eating meat.

But you can't just single out meat if it's wrapped in high sugar and refined carbohydrates, such as white bread and burger buns, or with a side of white rice, pasta, potato bake or fries.

If you just stick to a T-bone steak and salad, you will still die one day but just a bit happier.

While it's great to live in Australia and have the choice to eat meat or not, others are not so lucky.

Only 15pc of the world's population earns more than $20 a day.

They don't get the same choices as we have and many of them not only have "meat free" weeks, but have entire "food free" weeks.

With the world's population set to increase by an extra two billion people by 2050, and a looming food gap of 70pc, grassetarians are going to play a major role in filling that gap as a cheap, safe, clean and high energy source of protein.

Grassetarians also take less inputs and are easier to manage than intensive agriculture.

They produce low risk protein, and graze in areas that are not suitable for farming.

The greatest risk to Australian grassetarians and those who produce them is Australians thinking that if we close down our grassetarian industry it will be good for the environment.

The removal of grassetarians from our landscape will result in not only the decimation of rural and regional Australia, but it will then become home to other, non-preferred grassetarians such as feral pigs, "native-bird-and-wildlife-atarians" - such as cats and feral dogs - and "destroy-everything-atarians" in the form of bushfires and noxious weeds.

It will also do nothing to stop or prevent climate change.

Unless we can reverse the natural cycle of carbon dioxide and photosynthesis, grass will always find a way to return to the atmosphere. This is whether cows eat it, or fire combusts it.

While I am happy for anyone to have the choice in the food they eat, we must make sure that choice is fully informed and think of the many others that don't have the same luxury.

- Tom Marland is an agribusiness lawyer based in Bundaberg, Queensland. He is also the author of the blog, Food for Thought, Thought for Food.

The story Lawyer argues the case for converting grass to protein in environmentally sound manner first appeared on Stock & Land.