Agent believes $6.5 million is the highest value sale for a single residential property on KI. 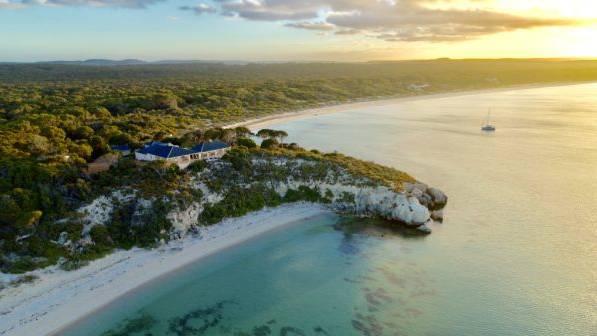 THE iconic Kangaroo Island property known as Rocky Point overlooking Eastern Cove sold for $6.5 million, fetching what is believed to be a record price.

Local real estate agent Peter Hawkins said the sale negotiated by an interstate agent before May, was in his view the highest value sale for a single residential property on Kangaroo Island.

Held by the Dutton family since 1918, the 5.21-hectare property features six bedrooms and had been upgraded in recent years, he said.

"With a 365-metre frontage to the high water mark, the undisclosed buyer has come from New South Wales," he said.

And speaking of property on Kangaroo Island, the real estate market continues to be red hot.

It's amazing, we have seen anything like this and the prices just keep going up. - LYNNE SAVAGE

"It's amazing, we have seen anything like this and the prices just keep going up," she said.

It was however important to consult with a real estate agent to properly gauge a price before listing, she said.

There was strong demand from across mainland Australia and even overseas, with one property selling just this week to a New Zealand couple.

And like many buyers these days, they made their purchase without even visiting the Island due to COVID travel restrictions

"What is different is we are selling more properties to people who plan to come over and live on the Island rather than investing in a holiday house or rental," she said.

"They just want to get away from things on the mainland. Kangaroo Island is seen a safe place with a great lifestyle."

Rocky Point, high on the cliffs above seven kilometres of deserted white beach on South Australia's KI, was built 110 years ago in local limestone by Supreme Court judge Sir John Gordon and bought by the wealthy pastoralist Dutton family in 1918.

Rocky Point has played host to the likes of Barry Humphries and John Olsen.

"We say goodbye with a heavy heart," says Hamish Matheson, whose mother is a Dutton.

"But it's a house of life and it's important that the next generation of people take on the joy this place offers.

"Its history is important, and it's in such a peerless location. The house feels as though it's sitting out in the sea with panoramic 180-degree views of the bay where you can see fish swimming, stingrays and dolphins, amazing birdlife, and it really has one of the best seats in Mother Nature's house."