The concept of registering Farm Firefighting Units has caused controversy among regional communities after the Country Fire Service last week announced a new program being trialled where registered operators would have better access to safety and insurance arrangements. 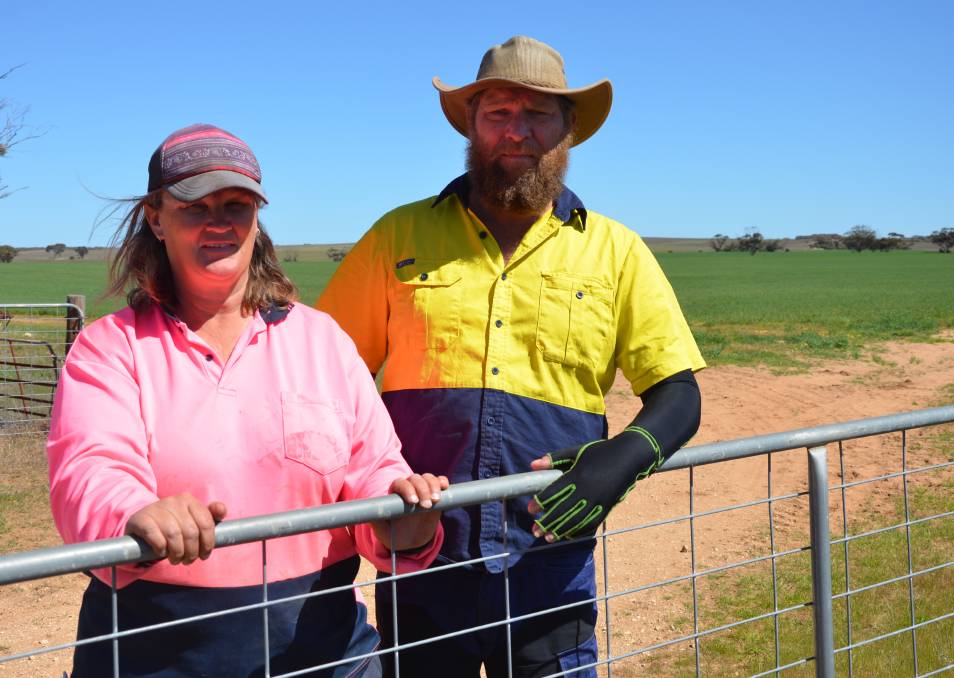 The concept of registering Farm Firefighting Units has caused controversy among regional communities after the Country Fire Service last week announced a new program being trialled where registered operators would have better access to safety and insurance arrangements - once these FFUs are nominated with the organisation.

Following on from the Keelty Review into the widespread fires in the summer of 2019-20, farmers are being encouraged to sign up with details on their home units, with this hoped to help the FFU and CFS work better side by side.

A CFS spokesperson said the introduction of basic requirements for farm firefighting units and operators is for the improved safety of FFU owner/operators, as they were often operating in a potentially dangerous environment that they may not be fully prepared for.

Among the requirements is that farmers would have to provide their own fire-resistant protective clothing.

Registered operators would need to notify the CFS on their arrival at the fireground, including via UHF channels or mobile phone, to be included in operational activities and support, they said.

By introducing minimum standards for equipment and PPE, operator safety is heightened and the risk of injury is reduced, the spokesperson said.

The spokesperson said, when operating with the CFS at a CFS-controlled fire, FFU operators and their equipment may well be covered for losses and personal injury.

CFS Volunteers Association vice-president David Lindner said there were some safety issues in not registering an FFU.

"When there is an emergency call, such as a fire, CFS is automatically responsible for that fireground so anybody entering that fireground is under the responsibility of CFS, which generally is a volunteer that is managing it," he said.

Ninety per cent of the time we are the first ones at the fire before CFS even get there and that is just the way it is because they've got protocol where we do not. Sometimes that could mean saving a house. - RYAN HACKETT

"So (CFS's) responsibility is to make sure there is safety on the ground.

"Fires are like a war, you go in there and have a battle but you cannot go in there uncoordinated.

"If we can get (FFUs) as part of the coordination, also in these fast moving fires, if we get a wind change, they do not get caught."

He said the move was a change but it was important not to focus on just the negative elements.

"Let's focus on the positives and work through any possible negatives," he said.

Heym Farms' Damien and Sharon Heym, Peake, are two FFU operators who think there is some potential benefits from the program.

RELATED:Fee-waiving proposal made for FFU operators

Mr Heym had 36 per cent of his body burnt while out helping on the fireground in the Yumali fire in their FFU in November last year.

"Normally it works quite well, we go and find a fire truck and follow them, they put the fire out and we put out what they miss," he said.

"It works really well and is very effective, but this day it was so bad we couldn't find a fire truck, we found ourselves with a little bit of fire, we were working on that, the smoke stalled the ute out and we were stuck.

"It's a great idea for the FFUs and CFS to work together, they need to communicate with each other more."

Mr Heym said farmers need to get more access to protective clothing, potentially through a subsidy, as it would be a big help.

Ryan Hackett, Barabba - who lives on 28ha and works on a 2023ha property at Stockport - says he would be unlikely to bother with the FFU registration despite his experience fighting the Pinery fire.

"The ute is insured anyway, that is our choice and our insurance company would cover any fire damage to our ute," he said.

"I think it should be up to the farmer, it is his risk, his ute so I do not think taxpayers should worry about paying for it.

"When a fire comes you just go to it in whatever you are dressed as, we do not have a spare 20 minutes to get changed.

"Ninety per cent of the time we are the first ones at the fire before CFS even get there and that is just the way it is because they've got protocol where we do not. Sometimes that could mean saving a house."

Mr Hackett said although he has personal liability insurance, which covers death, he does not have income protection for personal injury with this a potential beneficial side to registering a FFU.

"If (the CFS) did help with medical expenses it could be worth it but I'm not sure that it is something they would do," he said.

"For me its not really worth it, as it seems like another thing to police.

"The (FFU) registration would not deter me from fighting a fire because you have got to help out where you can but I am not one for following rules too well."

Ki Ki farmer Matthew Ballard had a portion of his property burnt in the Yumali fire last year and is unsure about FFU registrations.

"From the insurance side of things the registrations are a good thing but as long as the restrictions don't deter people from taking FFU to fires because it is a very valuable resource at a fire and you would certainly still like to encourage FFUs to go," he said.

"There is definitely some red tape involved in it with some of the requirements, such as not encouraging trailers as FFU and I know a lot of people who have spent thousands of dollars buying trailers with water set-ups.

"Generally at harvest I have a long sleeved shirt and pants on anyway but I certainly would not have overalls and other PPE carried in the ute.

"I can see the benefit of knowing who is on the fire ground and being covered by insurance but you certainly want as many FFUs to attend the fire as possible."

"FFU efforts - especially at the Cudlee Creek, Yorketown and Kangaroo Island fires - highlights their importance as we all work together to create a more bushfire resilient SA."