Pens of 1.5-year-old ewes at the PPH&S Pinnaroo offshears sale on Friday made exorbitant money. 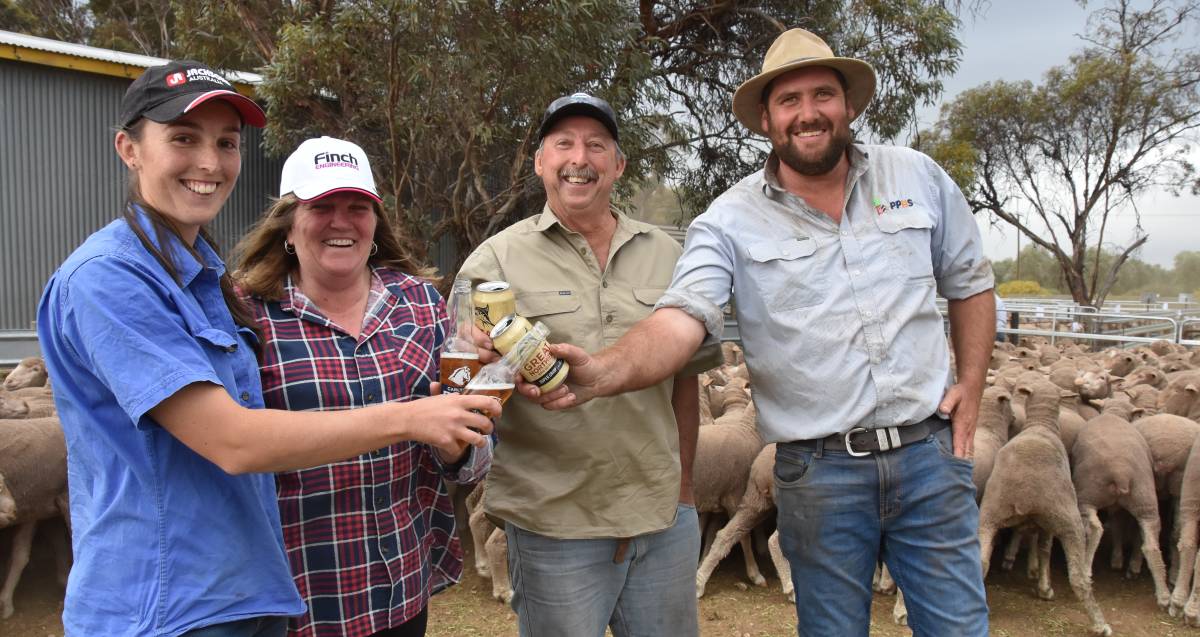 THE first pen of 1.5-year-old ewes offered at the 11,000-head Pinkerton Palm Hamlyn & Steen offshears sale caused a commotion at the Pinnaroo Showground on Friday after being knocked down at $390.

The 222 August-shorn Sandalwood Poll-blood young ewes were offered by last year's sale-toppers EV&SM Francis, Mindarie, who were blown away by the result.

Elwyn Francis said it had been a successful two-year involvement in the sale.

"We only just cracked the $300s last year, which was good, but this result is unbelievable," he said.

"But it has also taken a lot of hard work.

"We do an early weaning process, and because of the season, we have had to keep the feed up to them as these ewes didn't see green feed until the start of July.

"But this result has helped make that effort well worth it."

Two vendors also chose the sale to disperse, including TA Ford, Murrayville, Vic, who sold 115 August-shorn Ridgway-blds at $362 to B&D Francis, through PPH&S, plus another 41 young ewes at $304. 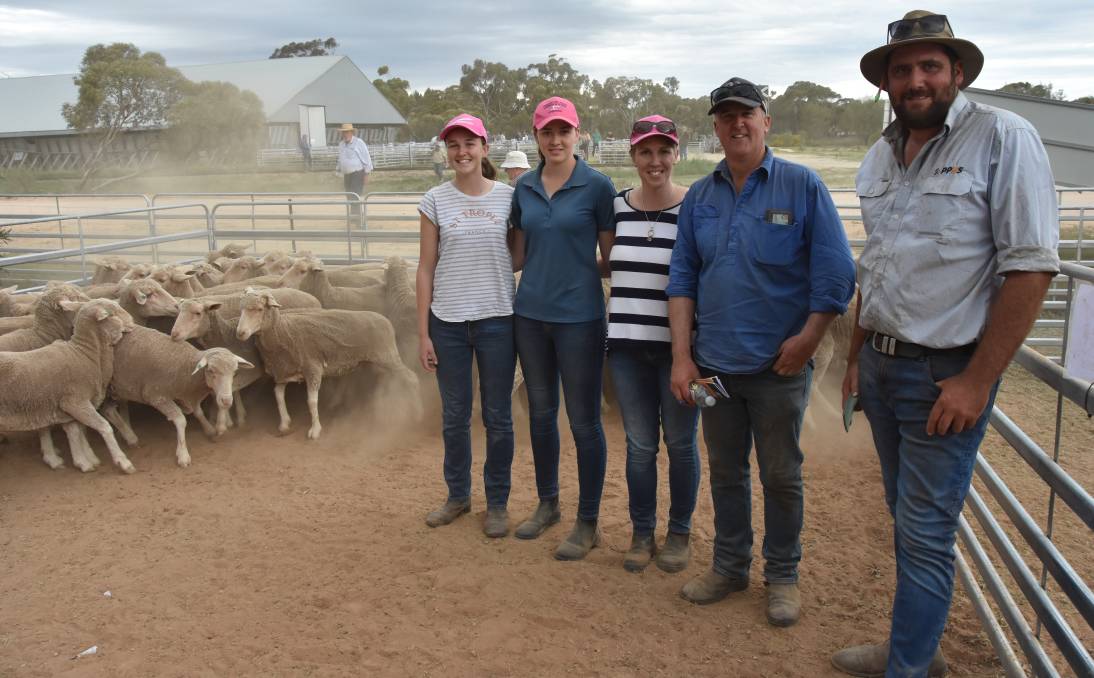 CHANGE TACK: Eliza, 14, Kayla, 17, Julie and Brad Wallis, Pinnaroo, dispersed about 520 head at the PPH&S offshears sale on Friday. They are with Paul Kinnaird, PPH&S.

Wether lambs were also offered, with Thiel Farms, Pinnaroo, receiving the sale top of $164 for 189 woolly May/June-drop Glenlea Park/Gunallo-blds, while a second pen of 87 made $139.