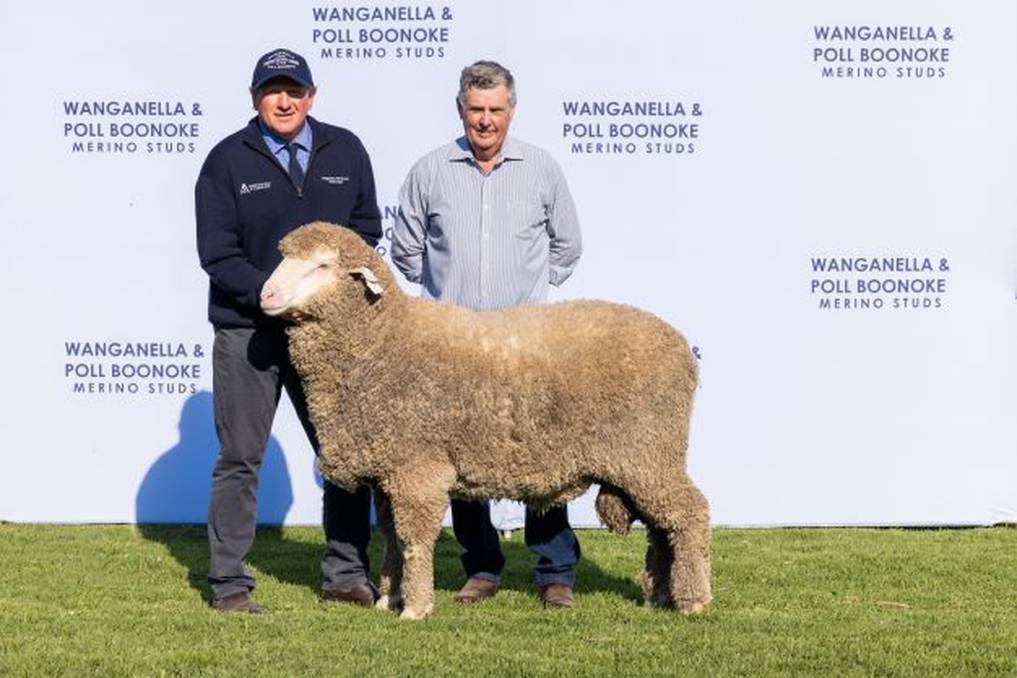 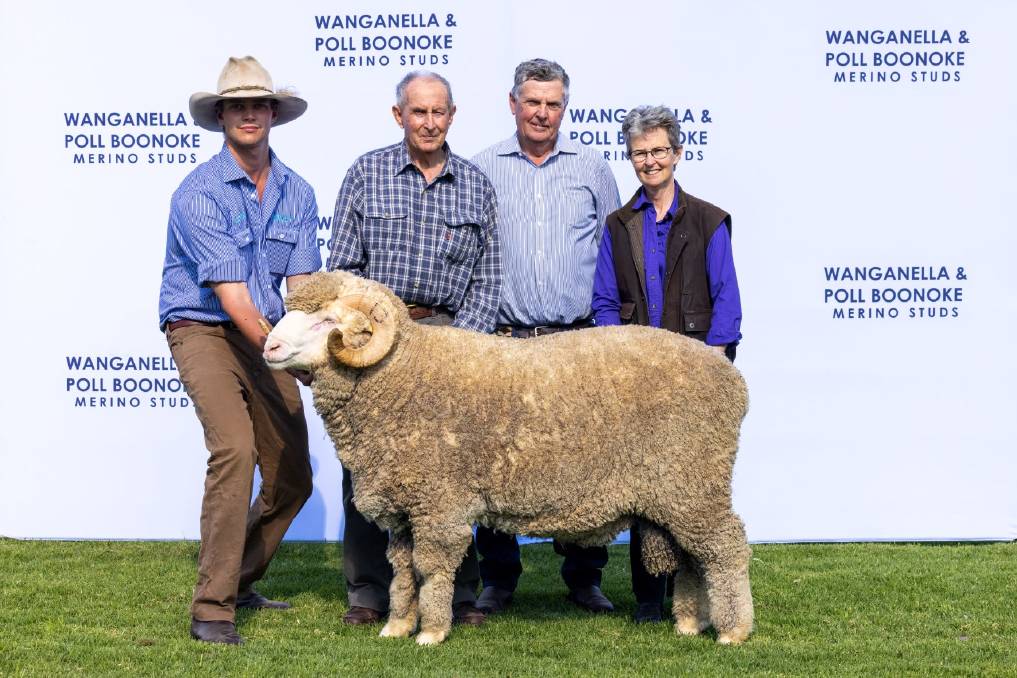 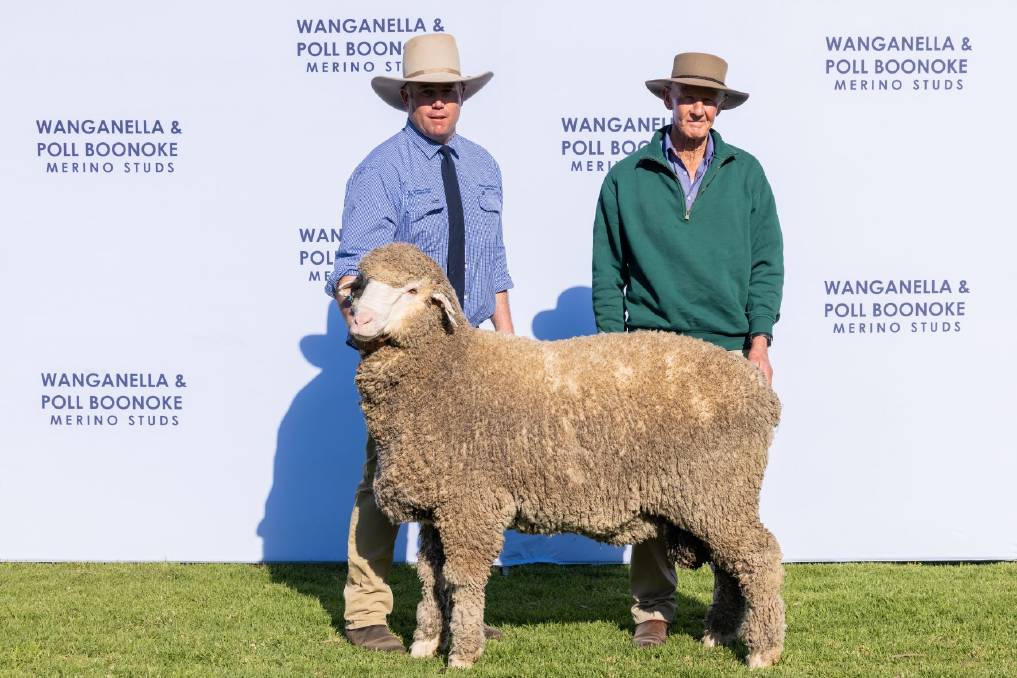 "We have to take rams to Queensland with bulky bold-medium fleeces and good skin types," Chris Bowman said when describing the Poll Boonoke Merino ram he had purchased for $17,000 on behalf of the Lansdowne Pastoral Co., Tambo, QLD.

Mr Bowman, a Hay-based sheep classer was speaking during the annual auction of Wanganella and Poll Boonoke Merino rams, on behalf of the Australian Food and Agriculture (AFA), Boonoke, Conargo where 208 rams sold from 210 offered for sale average price of $4513.

Mr Bowman continued to extol the virtues of the Poll Boonoke ram saying his pedigree is impeccable.

"His sire is a leading sire in the Poll Boonoke stud for eye muscle depth and fat along with excellent wool," he said.

"The lock structure and nourishment of the new ram for Lansdowne is necessary for the western Queensland conditions where protein droughts can be tough on weak sheep."

Mr Bowman explained the need to be always conscious of the Merino propensity to regress genetically if rams without the broader gusty wool on a strong conformation are used.

"This ram with his density of fleece and skin type is ideal for the Queensland conditions," he said.

Another family keen on the Poll Boonoke draft was Paul Routley and his father Peter, Almondvale, Urana, who paid $12,500 for their pick of the stud offering.

Paul Routley explained they had seen the ram during the recent stud ram inspection, and decided he was the new sire they needed to continue the expansion of their own stud.

"He is a true dual-purpose ram which we believe will keep all of the true characteristics to the fore," he said.

"With the demand for meat we must keep breeding sheep with good eye muscle area measurements but we are still conscious of keeping the stylish wool."

Mark Peters, Ballatherie, Hillston paid $11,000 for his pick of Poll Boonoke draft and he said his purchase filled the pen, with plenty of width and depth on a long body.

"His wool is very soft and stylish and he also has a good deep twist," he said.

"This is the type of sheep we are breeding and this ram will extend our genetic base."

"We have to take rams to Queensland with bulky bold-medium fleeces and good skin types - Chris Bowmnan, Hay-based sheep classer

In the Wanganella offering, Ross Wells and Caroline Heath, Willandra, Jerilderie, paid $15,000 for their pick of the draft, a young sire weighing 123kg.

Mrs Heath recalled they paid top price last year for a half-brother and said their sire W170470 is one of the top sires in the Wanganella stud.

"Our ram has very good conformation, a great shape with a good topline and depth of body," she said.

"And his fleece figures confirm the excellent quality."

"However, we are very proud of the depth and quality of rams that we have on offer and believe that they balance out the demands of the industry. In a year that our top end rams have gone unseen, you do not achieve a lift of $1000 in your average auction price unless your clients can match their breeding criteria to the rams on offer and identify value for money."

"So many returning auction buyers means that we have been hitting the mark and this has held demand up right through to the end of the sale."

The sale was conducted by Nutrien and Elders, Denilquin, in conjunction and was interfaced with AuctionsPlus through which platform 32 rams were purchased.

The auctioneers were Rick Power, Nutrien and Nick Gray, Elders.

The story Poll Boonoke ram to Tambo for $17,000 first appeared on The Land.