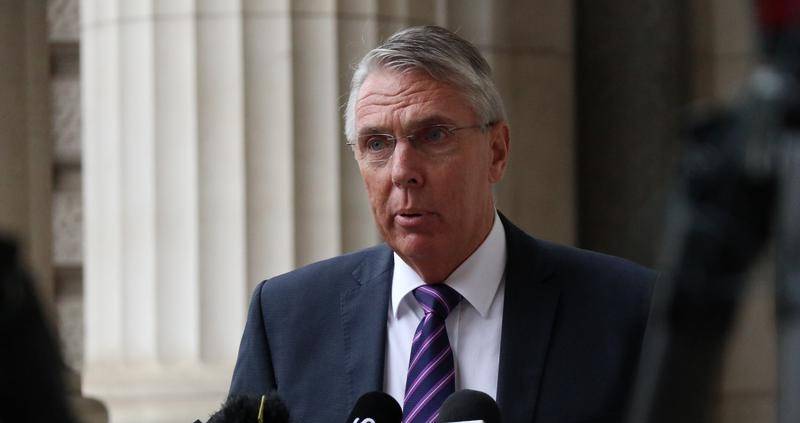 The Victorian Nationals leader is at pains to point out how the party differs from its federal body on climate change.

"Don't brand us with our Federal colleagues on this particular issue, please."

He was speaking at Farmers for Climate Action webinar, which revealed a new report on climate change, prepared by economic consultants Ernst & Young.

EY modelled an easily achievable pathway to zero emissions without shrinking Australian agriculture nor the cattle or sheep herd.

The report found land-use change was the key to Australian agriculture achieving net-zero by 2040.

Read more:Net-zero could be a profit spinner for farmers

In fact, the report found half the emission reductions would come from land-use change, another third from improved land management and 15pc from methane minimisation.

During the webinar, Mr Walsh sought to reinforce the Victorian National's position was different from that of its federal colleagues, emphasising the party had already signed up to net-zero emissions by 2050.

Mr Joyce has repeatedly claimed his party can't commit to the policy until it sees a plan and its price tag.

"I've said to him, as deputy Prime Minister you are in a very opportune spot to help agriculture to drive this debate forward, and ensure there is a framework that doesn't disadvantage people but delivers the right outcomes."

Mr Walsh said the state Nationals were "very separate" from their federal colleagues.

"We have been in this market, talking about this, for quite a long time.

"It's industry that's driving this debate and government is playing catchup."

Mr Walsh said the role of government was not to tell people what to do or pay them to do things but to set a framework so farmers and other industries could get on and do what they did best, "which is create jobs and wealth for this nation".

"As political leaders we are here to help with the debate, to set the framework, empower industries and people to get on with whatever has to be done within that framework."

He said he felt the report was an important step in the whole journey.

"If you go back to the start of Landcare, it was farmers that drove that before governments and corporates took over the brand.

"That was about improving soil, about deep-rooted perennials on a denuded hill south-west of St Arnaud."

There was a real opportunity for farmers to show how good they were at land management, achieving such things as storing carbon and making their contribution to climate action.

"It's an important step, but it's only a step.

"To often people get down arguing about the weeds rather than looking at the bigger picture at what can be achieved."

When farmers were given the proper framework to work in, they could do "good things."

"With big corporates, and we actually haven't got a federal or state government coordinated framework to make decisions in, so a lot of people are making billions of dollars of decisions without a clear framework."

He said increasing the quality of animals being run and crop yields would result in more products for less carbon.

"I give farmers a lot more credit than others do, if they have the tools to work with, they will embrace technology, as fast as possible."

He said productivity and climate action were supportive of each other.

"You get more product for less carbon.

"If they have the tools to work with they will embrace technology as fast as possible."

He said the debate should be couched in terms of productivity improvements rather than climate action.