FOR the second consecutive year, a Limousin steer has edged out a strong field to be crowned grand champion at the Royal Adelaide Show carcase competition, after its "tremendous" carcase was difficult to surpass. 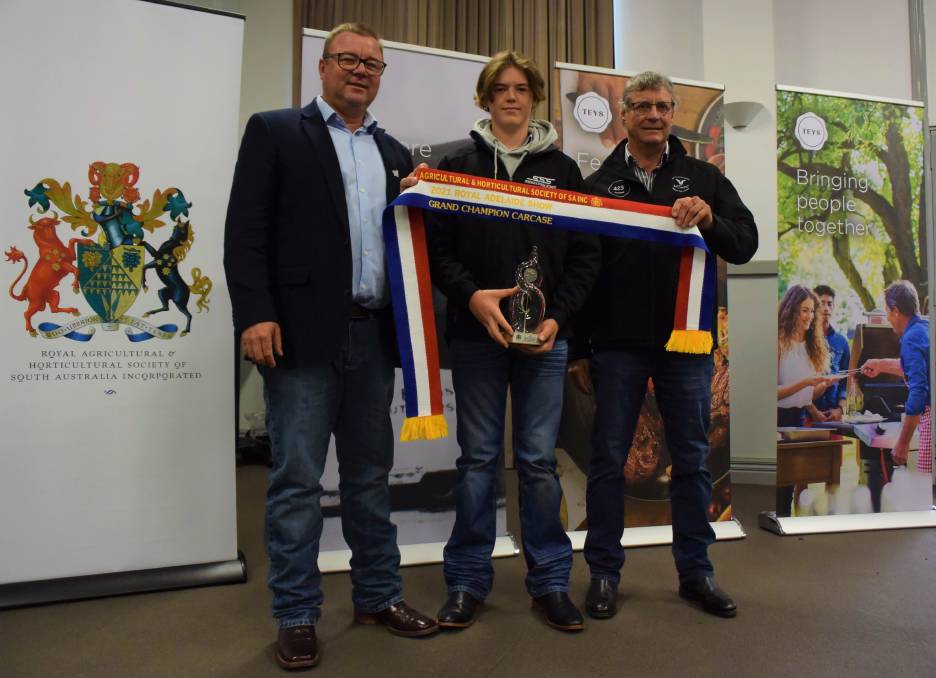 FOR the second consecutive year, a Limousin steer has edged out a strong field to be crowned grand champion at the Royal Adelaide Show carcase competition, after its "tremendous" carcase was difficult to surpass.

It had a 234-kilogram carcaseweight with an 82-square centimetre eye muscle area, 8-millimetre rib fat and 12mm rump fat.

Westminster School's head of agriculture Clinton Seekamp said the students put in the hours and were rewarded.

"A lot of events for the students were cancelled this year, so being able to physically get involved in the competition meant a lot," he said.

"It gave students some light at the end of the tunnel and they were ecstatic about the win."

"He has such a wealth of knowledge and selects the best steers for the students to prepare.

"The show steers were the heaviest we have had, they dressed really well and were everything we were looking for in a show steer."

The Limousin breed triumphed across multiple categories and was eventually named champion team.

Other Limousin winners included Glental Partnership, Mallala, which took out champion export carcase and was second in its best export eating quality class.

The carcase competition attracted 115 entries and Royal Agricultural & Horticultural Society of SA beef cattle committee chairman David Copping said it was a great result considering all of the disruptions of COVID-19 restrictions.

"We were so sure about having a show this year and it was disappointing it did not happen," he said.

"We originally had about 150 entries but some pulled out."

But it was Naracoorte High School's show team that took out the highest combined score of three carcases.

A LONG-TERM focus on increasing marbling attributes in the breeding program has resulted in Lancaster Simmentals taking out the champion eating quality carcase sash at the Royal Adelaide Show on-hook steer competition.

The Meningie stud's Lancaster Rebel R179 was the overall winning exhibit after being named best export eating quality carcase earlier in the judging.

With a carcase weight of 354.8 kilograms, Rebel had a 88-square centimetre eye muscle area, 16-millimetre rump fat, 6mm rib fat and 47.17 points out of a possible 50 for eating quality.

The steer was sired by Lancaster Magnum and stud co-principal Henry Cartledge said it had been a "great" sire for many years.

Mr Cartledge said it was pleasing to win the award, after being on a breeding path to improve carcase eating quality for many years.

"We are really excited because it backed up what we have been doing in our breeding program for years.

"It had great marbling for a 15-month-old steer."