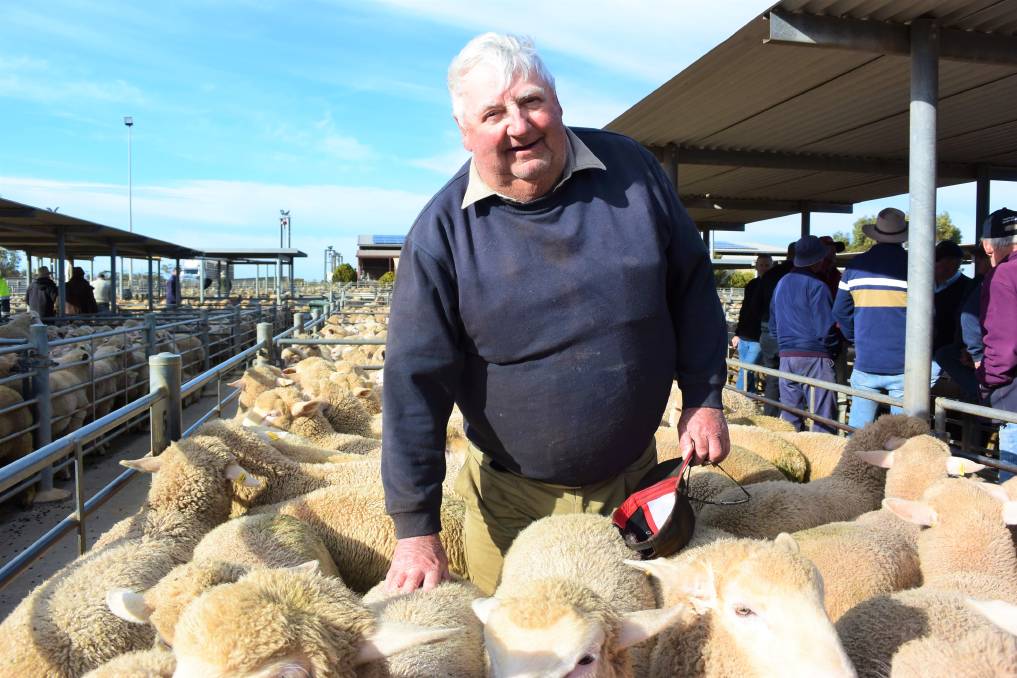 Price fluctuations in the coming weeks is forecasted by livestock agents as lambs began fetching north of $300 earlier in the season and peaked at a new SA record of $350 last week.

A top price of $314 was paid this week at Dublin and Elders auctioneer Matt Ward said a greater number of lambs coming into the system meant prices would eventually drop away a bit.

"Lambs are about $5-$6 a kilogram cheaper than last week but in saying that, its still a great return.

"A lot of people are taking the early money for immature lambs - especially in the Upper South East. The Mallee are also doing the same because of the dry."

At this time last year, lambs were packing an extra 10 kilograms liveweight and making $160 to $170/head, so producers are happy to reap the benefits from getting the same money without feed inputs.

Processors vying for lambs destined for the export market are expected to play a role in keeping prices pretty steady.

"Store lambs are also attracting plenty of interest from processors that can feedlot but traditionally prices will fall away, depending on lamb yardings," Mr Ward said.

High prices for new season lambs are rolling in a fair bit earlier than anticipated according to Nutrien Ag Solutions Riverton Glenn Keast.

"Its some three to four weeks earlier than we thought it would begin at - its unprecedented you could say.

"The change is happening - new season suckers lambs are dominating the yarding and not too many older lambs are being seen."

Interstate on-hook prices at Coles are at about $10.20/kg - an adequate return when compared to saleyard prices.

But producers will have to sit tight for a bit longer until the big processors on-hook rates match the return at the saleyard.

Price pressures are already evident but the recent records have dragged out lambs that might not be ready.

"Selling at lighter weights is because prices are most likely already at where it could reach at the peak of the season three weeks time," Mr Keast said.

Nutrien Ag Jamestown Shannon Jaeschke said early-drop lambs have struggled this year and have consequently been sold as stores, rather than sucker lambs.

"Going forward there will be a gap in prices."

Mr Jaeschke said at present, light trade through to early trade lambs were most prevalent in the saleyard.

"The job will come back but it won't be a disaster."

AS a late start to the season continues to cause delays on new season lambs arriving in SA saleyards, a Reece Plains producer waited patiently for lambs to reach target weights and made $240 this week.

After selling 100 Merino/White Suffolk lambs at $282 and $252 at Dublin last week, $10 a kilogam dressedweight, and making $240 for 50 lambs on Tuesday, producer John Day was very pleased with returns so far.

"The lambs are a few weeks late - I know that prices are high but we have not picked when to sell based on that. I have waited until lambs had more weight on them.

"The pen of 50 weighed about 54kg liveweight and dressed at about 27kg - even though all types of lambs are making good money, I wanted to get a bit more weight."

Mr Day will put about 3500 lambs through the system throughout the next couple of months.

"Larger drafts will go on the hooks."

Mr Day forcasted that prices will drop slightly in the coming weeks.