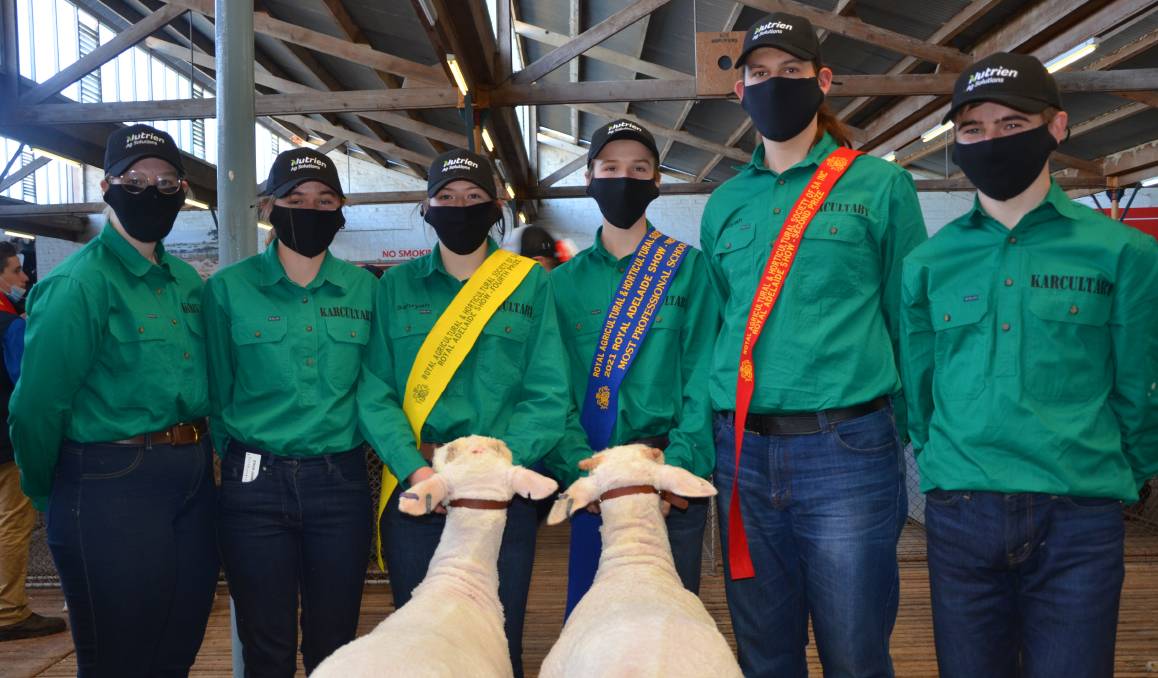 The school were awarded 48 points to take out first place, ahead of second-placed Gladstone Area School on 45 points.

Karcultaby agriculture teacher Tim Coleman said the students have enjoyed developing their industry knowledge in the leadup to the event.

"We have put a lot of effort into getting that knowledge base up, so when the students speak to people in the industry, they can hold a professional conversation, using that industry language," he said.

The school won the award three years in a row from 2016-18, before winning again this year.

"It's something the kids really aspire to, it's about getting that knowledge and they want to do well," Mr Coleman said.

A lot of the other comps haven't gone ahead, but this one means so much to the kids, it's a joy to watch them grow over the few days they're there. - TIM COLEMAN

Karcultaby entered two teams of three students into this year's competition, with half the students having competed in previous years.

"We wanted to take a few more kids, with the older ones mentoring the younger ones, but because of Covid we were a bit limited," Mr Coleman said.

"We spent almost every lunchtime for three or four weeks beforehand preparing, and the kids who weren't part of the team came down and supported, and led wethers, so we tried to involve everyone as much as possible."

Mr Coleman was very proud of how the students handled themselves in the competition.

"It's a big thing coming from Karcultaby, when you're bringing sheep it takes more than eight hours to get to Adelaide. If the kids haven't had the urban experience, it's a considerable change for them."

The wethers from Karcultaby are from local commercial farms, mainly with White River, Collinsville and Minta genetics.

RELATED READING:Meningie goes back to back in Schools' Merino Wether Comp

"Farmers really get behind the kids and give them pointers on selecting animals, but it's the kids really own it and lead all the decision making," Mr Coleman said.

Judge Karen Dennis, Kurraden Partners, Koppio, said it had been a tight competition.

"I asked the teams the same questions, and those who understood about nutrition, knew about what was being fed, how they looked after their sheep, what the weight gains were, when they were shorn, they got high points," she said.

"Those who were active helping picking up their fleeces during shearing also got extra points. There were some very well-presented sheep and kids."

"Merino SA have done a fantastic job to keep the competition running this year, without the Show," he said.

"A lot of the other comps haven't gone ahead, but this one means so much to the kids, it's a joy to watch them grow over the few days they're there."