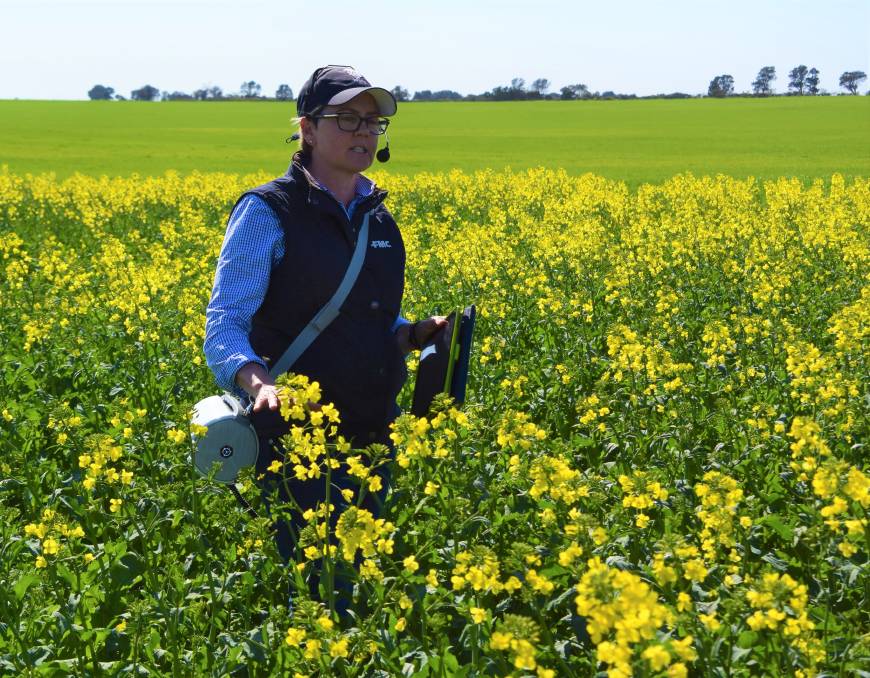 AFTER a challenging year for users of herbicide Overwatch, it was a relief for growers to view FMC's trial at Roseworthy and learn its performance against ryegrass was up to 86 per cent in wheat crops.

AFTER a challenging year for users of herbicide Overwatch, it was a relief for growers to view FMC's trial at Roseworthy and learn its performance against ryegrass was up to 86 per cent in wheat crops.

The herbicide was definitely doing some heavy lifting and this also came as a relief for FMC representative Jock Neumann.

"It was a pretty difficult year but we have been out in the field doing a lot of work," he said.

"A lot of farmers in the Mid North used the product - 440,000 litres was sold into SA and about 1.5 million litres nationwide."

Mr Neumann said Overwatch efficiency in wheat and canola crops was "good" but lessons were learned from its bleaching impact on barley crops.

At Roseworthy, a number of plots were sown and treated with Overwatch and Overwatch herbicide combinations.

FMC southern regional manager Simonne Read said there were a few "best on grounds" in the trial, with Overwatch performing very well at keeping ryegrass at bay even in a paddock that had a plant count of 200 per square metre.

"It was a high pressure ryegrass situation and on average, most of the herbicide combinations across the trial had about 80pc control," she said.

The trial involved wheat, beans and canola, and the paddock was sown to wheat and cut for hay last year.

On June 1, Scepter wheat was sown at 100 kilograms a hectare, and Bendoc beans and Trident canola were also sown for the trial.

It was a pretty dry start to the season, with 60 millimetres post-sowing in June, 87mm in July and only 11mm in August.

There was about 86pc weed control up to 56 days after application.

The trial tested applications of Overwatch and Overwatch combined with other products, including Sakura, Avadex, Ultro, Callisto and Arcade, as well as Overwatch coded, trial combinations that are for release in a few years.

At 32 days after application, Overwatch and coded products performed the best.

"Coded (applications) performed extremely well, but they are still in the demonstration phase," she said.

"But it will certainly be another alternative for ryegrass control."

The Overwatch-Callisto combination did have the bleaching attributes seen on some crops and although initially it was "scary", the results are looking a lot better.

In bean and pea crops, at 32 days after application, all treatments were showing 80pc control.