RESTOCKERS and local processors helped create strong competition at the annual Murray Bridge woolly wether lamb sale on Monday, with the sale topping at $256 - a major improvement on last year's top of $173. 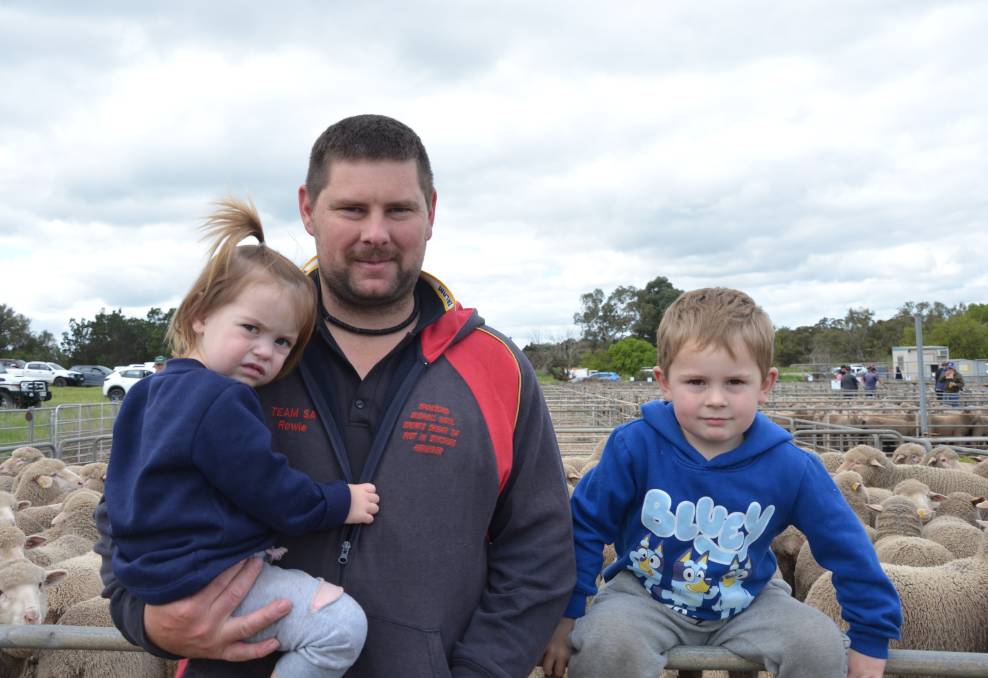 RESTOCKERS and local processors helped create strong competition at the annual Murray Bridge woolly wether lamb sale on Monday, with the sale topping at $256 - a major improvement on last year's top of $173.

"Processors looked after us really well, that side of it was really strong," he said.

"It was a very strong, pleasing sale. The sale was good, if not better than expected."

Elders Murray Bridge's Scott Eichler said the trade lamb prices were up by $10 to $20 on what they were expecting.

"The top end sheep presented exceptionally well considering it was a late start, but otherwise there was good feeder types right down to our little immature lambs," he said.

The first pen of the sale made the top price of $256, paid by Midfield for 78 Galaxy Park-blood wether lambs from CA Paech & K Monlar, Tepko.

The second-highest price of $244 was also paid by Midfield, for 60 Kamora Park-bld wether lambs from Inglebrae Holdings, Callington.

A pen of 67 Kamora Park-blds from SJ Willison, Palmer, sold at $224 to Midfield.