An industry that was almost lost and forgotten has kept going in SA and an integral cog in the machine, woollen garment maker Silver Fleece, has turned 70. 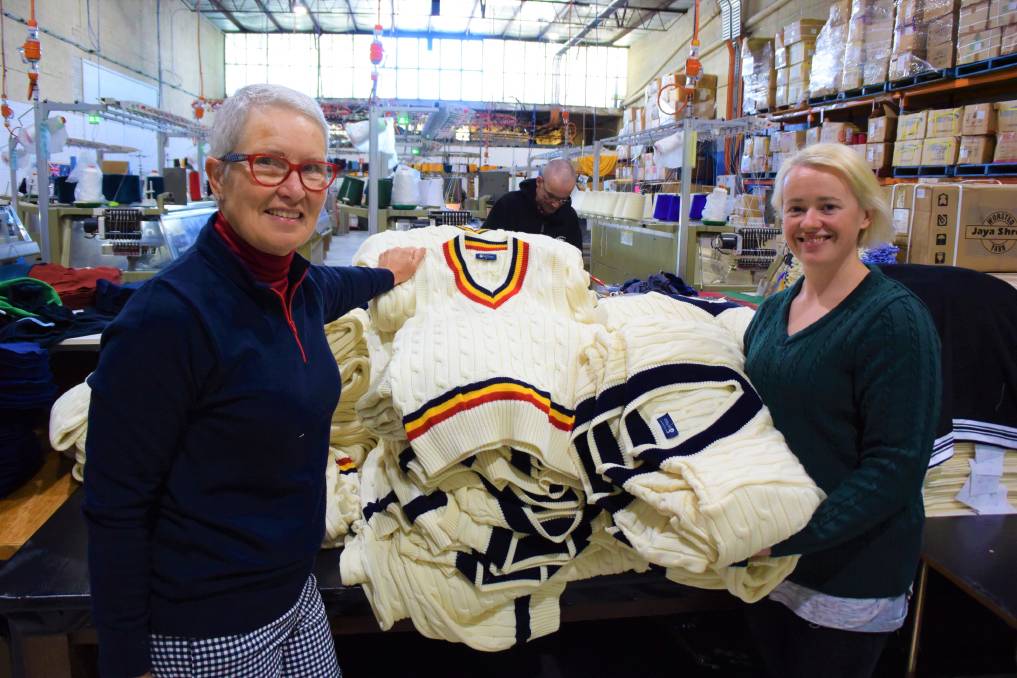 At the heart of every entrepreneurial journey is passion and after 70 years, that's certainly what lies behind the doors of an iconic SA wool factory.

In a rarity, the baton of ownership of woollen garment maker Silver Fleece has been passed on just once, when former Serbian prisoner of war Tim Jovanovich, who began Silver Fleece in 1951, passed it on to Cathy Barton in 2003.

At the time, Australia's knitting industry was thriving and he worked out of a shed and became one of four knitting mills in the state who were making clothes in Australia.

Long-term employee Cathy Barton used her "heart and not the head" to make a decision to take on the business in 2003, but there have been a raft of challenges.

If it was not for her passion about knitting Australian wool, Ms Barton said given the obstacles she has faced in the industry, the decision to take on the business might have been different.

"Chinese-made school uniforms were coming onto the market - so all of a sudden a cheaper alternative was more attractive but instead what it did, was decimate Australia's knitting industry.

"It was all about margins and pricing of uniforms."

At the time, Ms Barton said she was going to give it 10 of her best years, but now that has stretched to almost 20.

She said the road had been tough because Australians forgot about something important.

"The value of buying an Australian made item was well and truly forgotten," she said. "That value was replaced with always looking to buy something cheaper made in China and it will be hard to fully resurrect that."

But the tide began to turn in March 2020 when COVID-19 began to hit Australian shores.

It turned the businesses struggles around and Silver Fleece was inundated with inquiries about whether or not the garments were Australian-made and using "Australian wool from Australian farmers".

"It was a pinnacle moment for the industry. The recognition of how important it is to have all industries thrive in Australia was at the front of people's minds again," she said.

"That is one part of the process that we cannot have on Australian shores," Ms Barton said.

There are a handful of small-scale mills but they are unable to cope with commercial volumes.

Despite the surge in consumers wanting the Australian manufacturing industry to return, she believes the revival of the wool processing industry could be too far out of reach.

"The investment would be astronomical," Ms Barton said. "There is also the environmental factor - the waste of wool processing is high and it is not something Australia would commit to."

But long-standing relationships, including one with Cricket Australia that spans more than 40 years of producing the test series player jumpers, means Silver Fleece looks to have a bright future.

Sponsored by
A MoU has been signed to explore the development of a Green Ammonia and Green Hydrogen industry on the EP.
Test
THE relationship between the South Australian and Uruguayan wool industry is set to be strengthened by a new business venture being established by a familiar face in the Mid North.
Test
SA graingrowers can pursue new market opportunities with greater confidence thanks to a new industry-led initiative.
Test
Proposed changes to South Australia's corruption watchdog would dismantle the office and rob the public of an efficient integrity agency, a state parliamentary committee has been told.
Test
The concept of registering Farm Firefighting Units has caused controversy among regional communities after the Country Fire Service last week announced a new program being trialled where registered operators would have better access to safety and insurance arrangements.
Test
A 346-hectare (855-acre) property located on the Northern Yorke Peninsula is well suited to mixed farming and has hit the market and is being offered as a whole or in two contingent lots.
Test
Seven state and territory emerging beef leaders set to take careers to next level
Test
A global shortage and drought in key production areas are helping keep lentil prices high.
Test