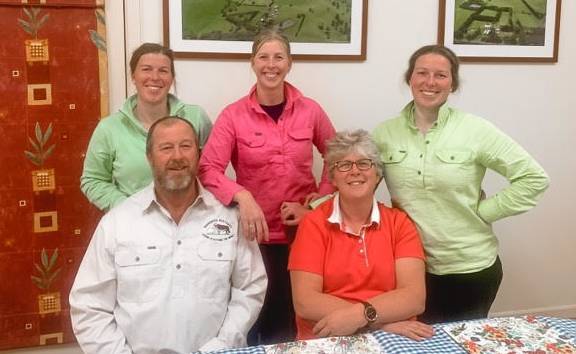 A FINE GANG: Neil and Rosemary Langley with their daughters Alice, left, Emily and Sarah.

Border Leicesters a top performer for the Langley family.

The pair run 5000-head of sheep and 100-head of cows (calving) on their 750-hectare property "Nangkita", near Coleraine in South Western Victoria and close to the border of South Australia.

It is hilly, undulating red gum country that receives about 700 millimetres of rain annually and is ideal for grazing. 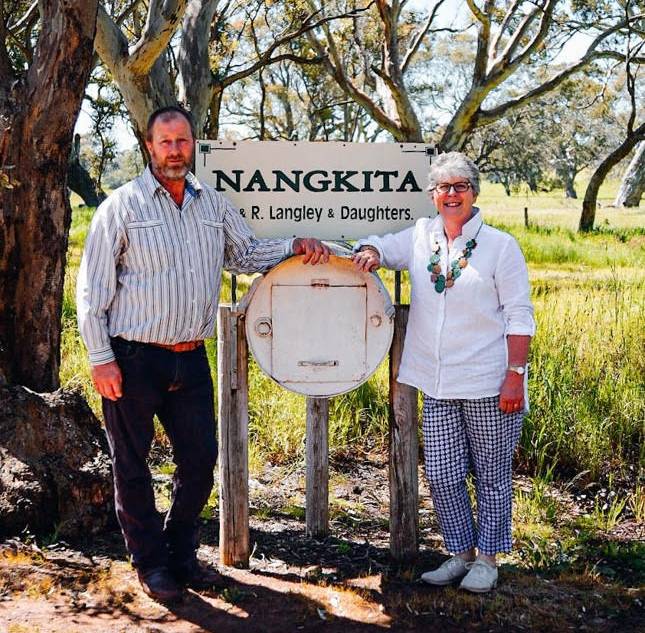 AT HOME: Rosemary and Neil Langley on their property Nangkita.

Fine wool production has been a long-term business staple for the Langleys, who have three daughters working off-farm.

They run 3500 Merino ewes and 1000 wethers for their wool enterprise, and their clip has an average fibre diameter of 16-micron for weaners and up to 18-micron for older sheep.

The Langley's have a nine-month shearing interval and aim for a sheep with free-flowing fibres.

About 2500 Merino ewes are mated to Merino rams for self-replacing stock and wethers for wool.

About 1000 Merino ewes are mated to Super Border Leicester rams from the Dowdy family's Deepwater stud, based in Binnum, SA, to supply the increasingly-hungry market demand for first-cross ewes.

Mr Langley said the Dowdy family continued to support them after the purchase of rams, which made it an easy choice to return.

"Merino-Border Leicester ewes are attracting huge premiums because they have the maternal traits that are so desirable in a prime lamb production system," he said. 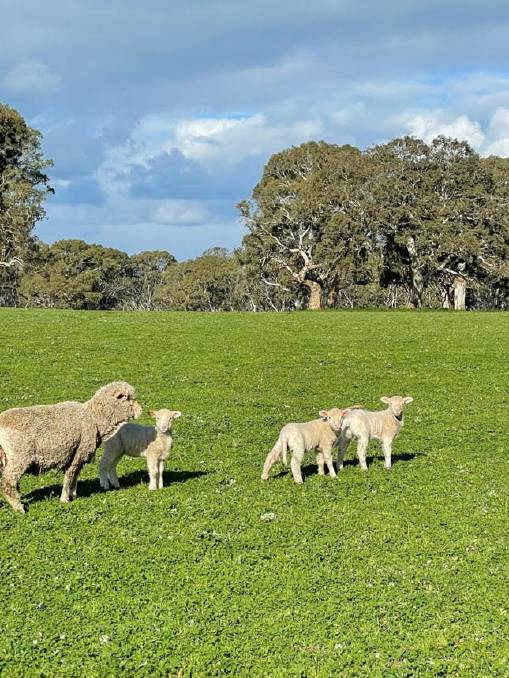 EWE BEAUTY: Fertility is a keenly sought-after trait by the Langleys.

Mr Langley said the sale of Merino-Border Leicester cross ewes provided them with the most consistent long-term gross margins in their sheep enterprise.

He said last year, their top line attracted $350 per head at the annual Casterton crossbred sale, in Victoria, and the entire sale team returned an average of $330/head.

"We have been breeding Merino-Border Leicester cross ewes for about 15 years and selling in Casterton for about eight years - and it's been highly successful," he said.

"We get local and interstate bidders and our sheep find homes across southern Victoria and parts of SA.

"They are just ideal for terminal sire systems."

Mr Langley said compared to a composite ewe, a Merino-Border Leicester cross mother had slightly finer wool - at an average of about 26-31-micron - and was almost as fertile. 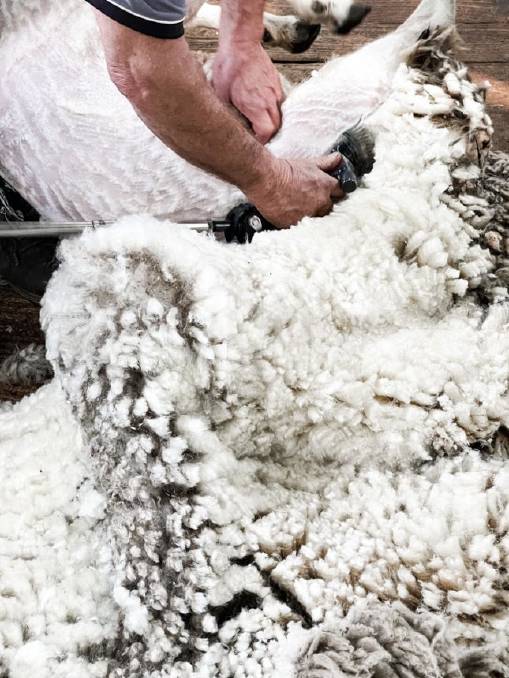 He said Merino-Border Leicester ewes had a strong lambing ability to produce well-sourced lambs that could achieve lambing rates of about 130 per cent.

The Langley's have average lambing rates of 90-95pc from their Merino ewes joined to crossbreds.