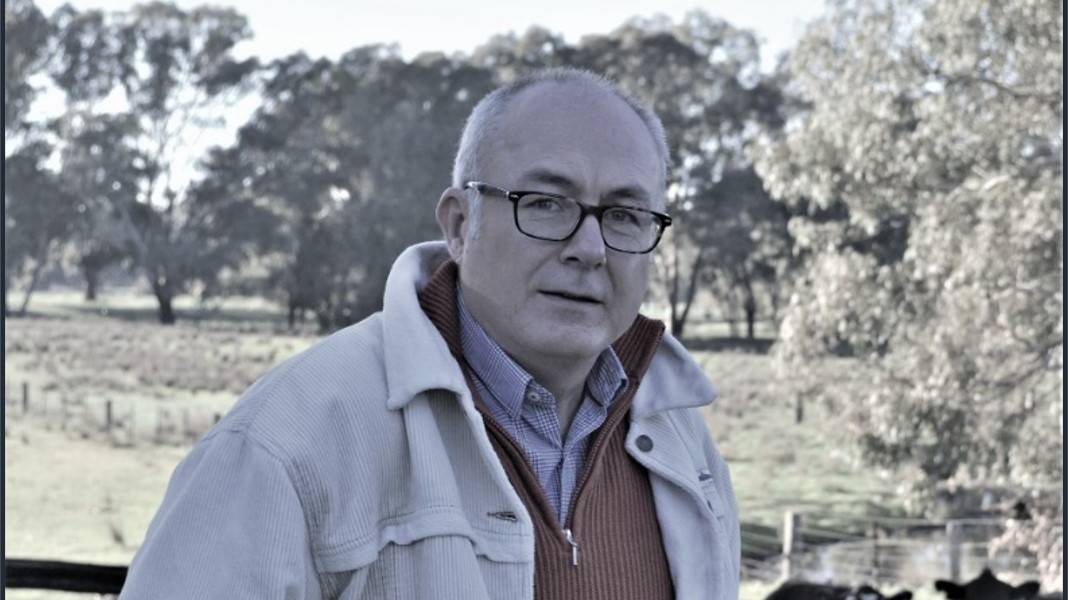 Simon Quilty has every confidence in the beef market and doesn't believe there will be a 1970's type crash. Photo: supplied.

With the current euphoria around prices being paid for all classes of cattle, the thought on many minds is how long will it last?

For those who can remember the sudden crash of the cattle market in the early 1970s, which was so devastating for some, the idea of having their expensively purchased cattle in the paddock or feedlot suddenly worth a lot less is no doubt not far from their thoughts.

However, for Simon Quilty, who recently addressed the final webinar for the 2021 Grasslands Society of Southern Australia, this was not a concern.

The topic of Mr Quilty's address was Are we in a super demand cycle or are these bloody good prices?

His talk was wide ranging, but the international agricultural commodities analyst for Global AgriTrends assured listeners that, in his opinion, the beef market would not repeat the crash of the 1970s. 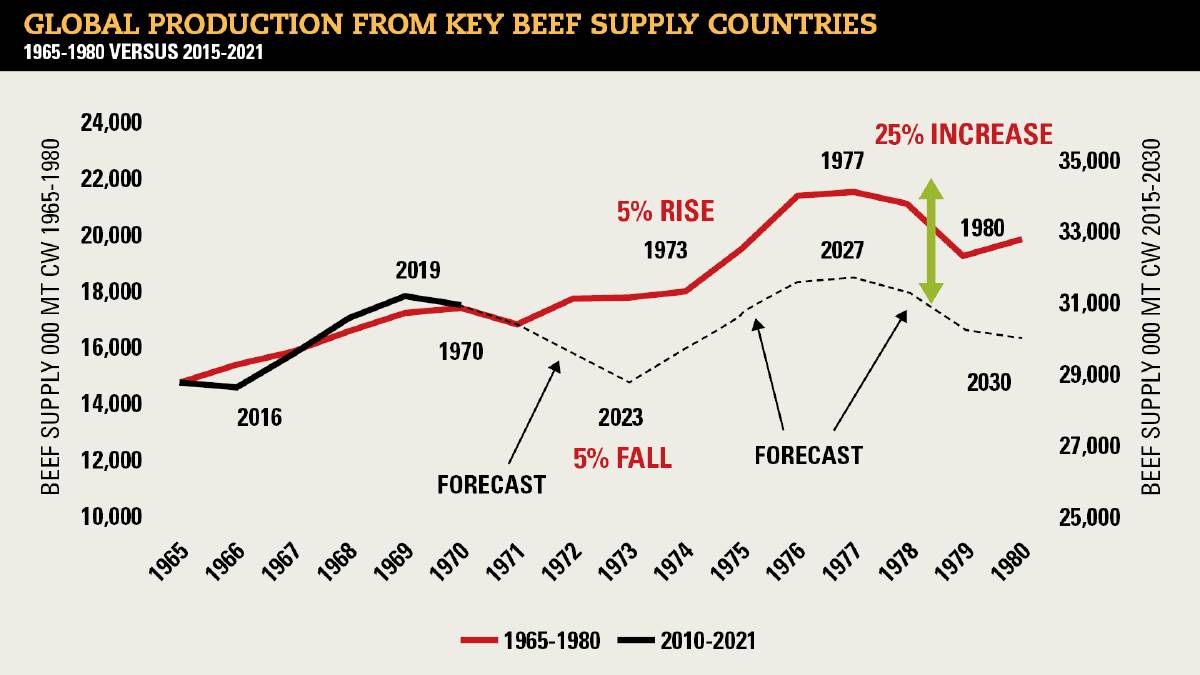 When describing the current state of agricultural commodity demand, Mr Quilty drew attention to the "most famous of all demand cycles - that of the 1970s".

"The similarities today are somewhat amazing and a lot of the older listeners will recall the beef crash of 1974," he said.

"In actual fact all the hallmarks are in place which indicate we are in a super cycle, but the big question is - how long will it last?"

Mr Quilty pointed out, cattle prices have been this high before.

"We see the nominal price today as being extraordinary, but when you convert that nominal price to what was being paid in the 1970s, the prices taken into account for inflation are equivalent to today's values," he said.

However, Mr Quilty noted there were many more positives in the beef market this time around and he addressed those scenarios which gave him reason for optimism.

There was strong global demand for commodities during the early 1970s, along with the emergence of new markets like the Soviet Union and the Middle Eastern countries which had vast amounts of "petro-dollars" to spend. And there are similarities today with China having taken the global meat market by storm.

However, Mr Quilty pointed to oversupply of product and market failure as having precipitated the beef crash of the 1970s when export demand for Australian beef and sheepmeat became almost non-existent.

"The EU and Japan ceased trading with outside markets and the US and Canada became very protective of their industries, which saw prices fall even further and Australia's domestic market was swamped with beef, and prices fell dramatically," he said.

In Mr Quilty's assessment, the comparisons end there, and he outlined his optimistic views.

"Global beef supply is considerably tighter today and I believe we are likely to see production fall by five per cent from where we are today through to 2023," he said.

"And as the herd eventually rebuilds, I can see us only getting back to the levels of 2019 globally."

The ability to rebuild the herd is considerably more difficult today, according to Mr Quilty for many reasons, not least being the concern for the environment around the world and a loss of pasture space.

"The clear message is there is simply not enough beef," he said. "But labour is also a limiting factor and since 2019, the availability of foreign workers in Australia has fallen by 36pc and has not been replaced."

On the plus side, Mr Quilty pointed to an expansion of markets where Australia today has more than five times the number of outlets for beef and sheepmeats than during the 1970s.

"Back in the '70s we had only 25 markets globally and our eggs were more or less 'in one basket'. Today, Australia has 130 markets globally. In addition we have robust trade agreements around the world that will give us more security," he said.

"In short, we can take away all the good things about the '70s and leave the bad things behind, falling global beef supply in coming years, strong market access around the world all points to a sustained period of strong demand, potentially seeing golden period of beef and sheepmeat demand that was robbed from us in the '70s due to poor government decisions and oversupply. None of which will occur today.

"I believe demand will stay strong for another five to six years."

The story Will the beef market crash? first appeared on The Land.