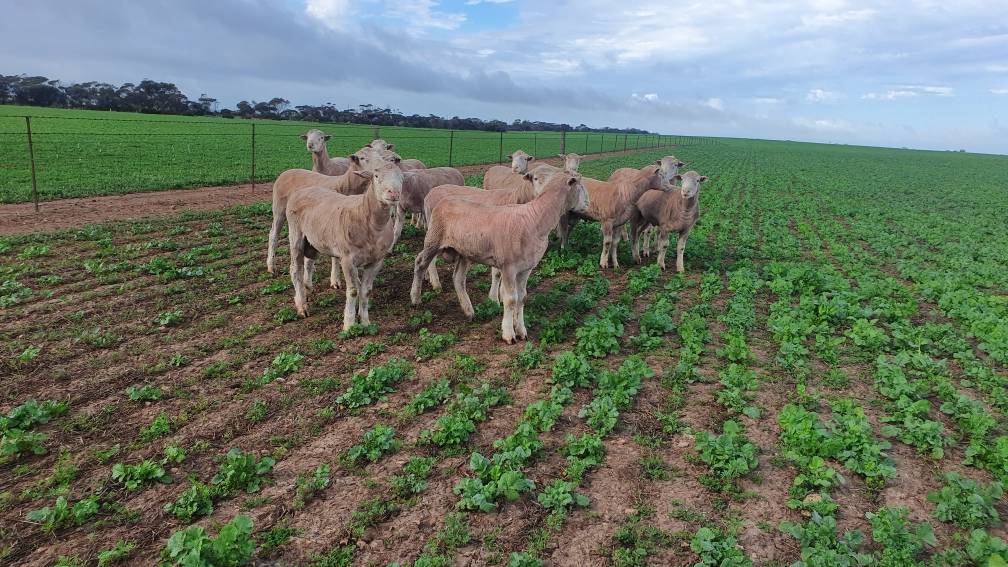 PRODUCTIVE FLOCK: The Cook family sources rams that are paddock-reared and do well in their environment.

For more than 40 years, Robert and Marilyn Cook have run sheep on their 650-hectare owned and 600ha leased properties on the Yorke Peninsula.

The Cooks, who farm with son Michael and his wife Kylie, have 450 Merino ewes mated to Poll Dorset rams for prime lamb production.

Another 100 Poll Dorset ewes are mated to Poll Dorset rams each year to breed 20-30 sires for private sale to a small pool of loyal, local buyers through their registered "Bsarma Stud".

"These studs are sourcing some the best Poll Dorset genetics in Australia to produce highly productive rams that are paddock-reared and do well in our environment," he said.

"When I am choosing sires I am looking for high index scores contributing to the key aspects of producing lambs with big meaty hindquarters, sound feet and mouths and a long, plain body.

"My clients and buyers want the biggest and heaviest stock they can get and are seeking a long body length."

Getting the balance right 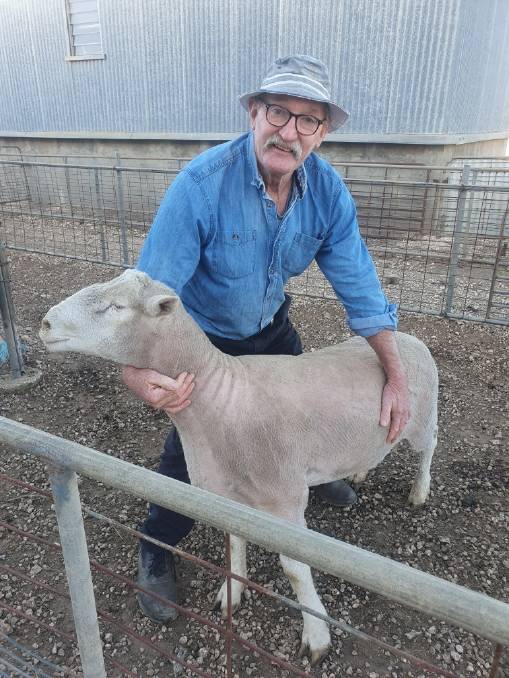 MEATY MASTERS: Robert Cook is using some of the best Poll Dorset genetics for productivity gains.

He said his past experience in running pigs had taught him the importance of producing lambs with good lean meat yield and high carcase dressing percentages.

"We have been selling our Poll Dorset-Merino crossbred lambs over-the-hooks for the past five years and buyers keep coming back to us," he said.

"Much of this is driven by getting dressing levels of 48-50 per cent.

"And we are concentrating on continually improving this using genetics and management tactics."

About two thirds of the Cook's landholding is used for winter crop production.

Diversity of enterprises is important to the Cooks for managing cashflow and business risks.

Their Merino woolclip, predominantly from ewes, has an average fibre diameter of 21 micron in adult sheep.

Adults cut an average of three kilograms of wool per head at six-month shearing intervals.

Wool yield is tracking at about 64pc on average and staple length is about 55-60 millimetres. 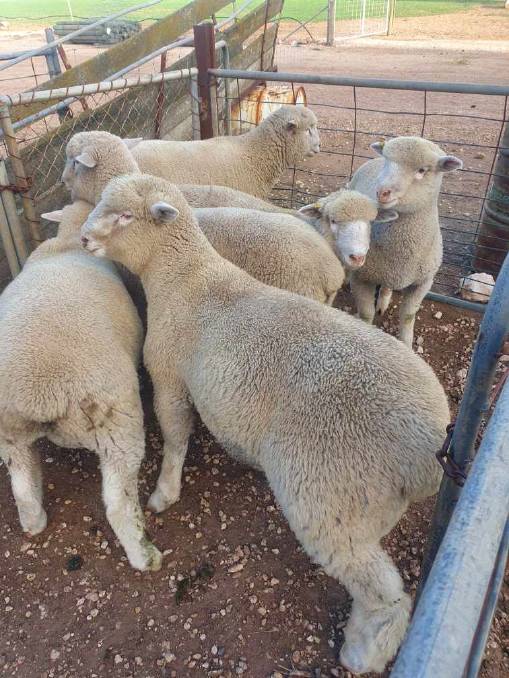 GOOD GAINS: Lambs do well on native and improved pastures.

Generous stocking rates are used, but sheep numbers are gradually being expanded.

"The sheep and cropping enterprises complement each other," Mr Cook said.

"Aside from cashflow, running sheep is going to be an increasingly important part of keeping weed herbicide resistance issues at bay in future.

"This will help to boost our crop production and reduce input costs."

The Cooks mate ewes in December and they are given two cycles to conceive.

They take a targeted approach to boosting ewe conception rates through genetic selection and nutrition.

Mr Cook said lambing rates had been boosted by about 15 per cent in the past five years, to a flock average of about 98 per cent.

He said major contributing factors to this increase were: the tactic of feeding barley through lick feeders about six weeks prior to lambing; a change to six monthly shearing; and the use of mineral supplements.

"We also run pretty small mobs and really look after the ewes during pregnancy and lactation," he said.

Lambing occurs in May-June and lambs are sold - primarily to processors - at about 4.5-months-old.

The target is a minimum liveweight of 45 kilograms.

The small number of Poll Dorset stud ram lambs that are selected for sale are retained until 1.5-years-old.

The farm's annual woolclip is made up of Merino ewe wool and crossbred wool from the Poll Dorset flock.

"In future, grain feeding will be increasingly used as a supplement to improved pasture grazing systems," he said.

"We are tracking well at present, especially given current high lamb and cast-for-age ewe prices.

"And we are just head-down with business as usual."