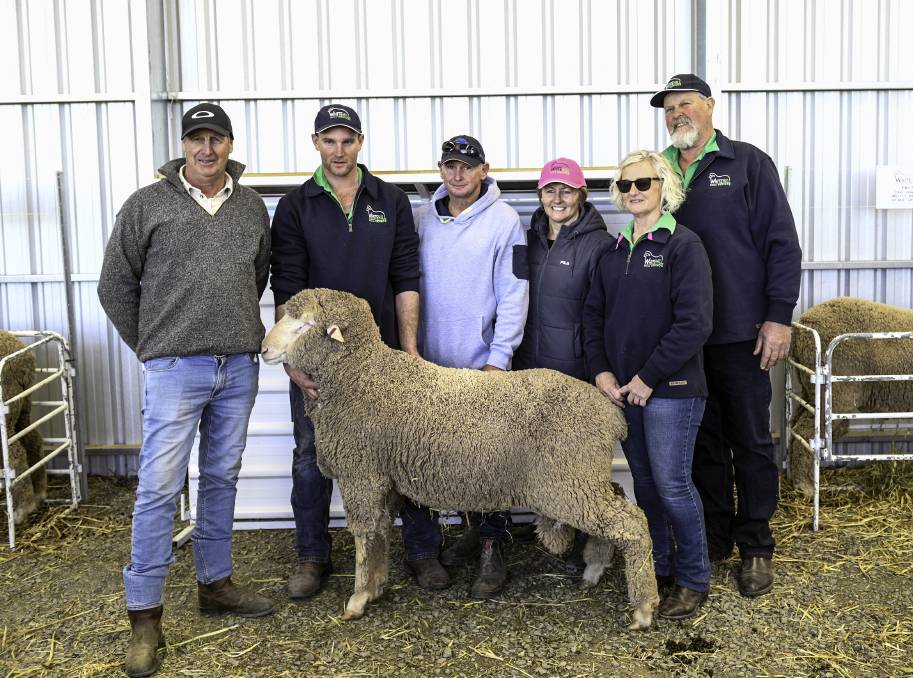 THE Whitehill stud partnership was "over the moon" after their second on-property Poll Merino ram sale at Emu Downs on Friday.

Mrs Ruediger said the huge attendance on the day resulted in a "very vibrant" sale.

"We were over the moon," she said.

Lot 2 was purchased at $3800 by long-term clients SR&SF Waldhuter, Eudunda.

The April-May-drop ram had a 18.2-micron fleece with 2.8 standard deviation, 15.4 coefficient of variation and 99.8 per cent comfort factor.

Overall, 42 buyers registered for the sale, including 11 new clients, with rams sold locally, to the Riverland, South East, Mid North and Kangaroo Island.

The sale was conducted by Nutrien Ag Pfitzner & Kleinig, with stud stock's Leo Redden as the auctioneer.

"There was a lot of competition across the whole catalogue, particularly from locals, who had either experienced or have witnessed Whitehill rams perform in the paddock," he said.

"Their free-growing, open-type, bright, white wools with a bit of nourishment were certainly the more popular rams on the day."