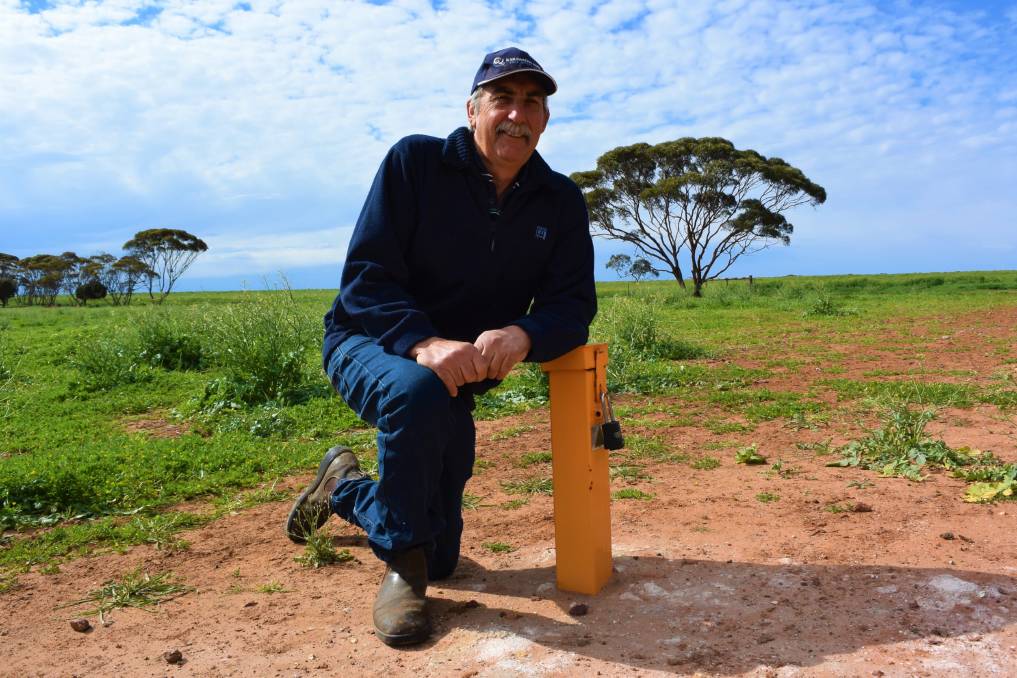 AFTER more than six years of deliberation, a regional radioactive waste storage site is less than 60 days away from potential approval and the site's owner believes the long road has been "worth it".

AFTER more than six years of deliberation, a regional radioactive waste storage site is less than 60 days away from potential approval and the site's owner believes the long road has been "worth it".

The site at Napandee, near Kimba, was selected for final approval by federal Resources Minister Keith Pitt earlier this month.

Landowner and mixed farmer Jeff Baldock said the approval of the site could save the town, and found the announcement of further consultation "frustrating".

The 158-hectare property is less than 2 per cent of Mr Baldock's arable farming land and the development is expected to provide a $8.5-million benefit to the community.

"There is nothing else to consult about. The proposal has already survived two Senate inquiries and been scrutinised by a Parliamentary Committee and through a court process," he said.

"There has already been multiple rounds of consultation and another one will just cause delays."

Mr Baldock said offering his land to store radioactive waste was "not about money".

"I cannot comment on the commercial, in-confidence negotiations that are under way with the department but I am doing this for the local jobs and community, not the money. We will be cropping some of the site to fund the local agriculture group."

About 45 local full-time jobs could be created and training providers will help up-skill locals throughout the next couple of years to be eligible for the positions.

"Country towns are diminishing and Kimba has an opportunity to invest in its future and keep families or attract more residents," Mr Baldock said.

Site construction could begin by 2024.

A DIVISION within the Kimba community about whether or not a local radioactive waste site should be approved has spearheaded a response from the No Radioactive Waste on Agricultural Land in Kimba group to challenge the final approval in a judicial review process.

The committee will be meeting in the coming weeks to discuss the next stages after the recently announced further 60-day consultation period has lapsed.

Mr Woolford was pleased about the announcement of further consultation and hoped those who disapproved of the site would voice their concerns.

"I hope that people outside of the Kimba District Council are allowed to have their say this time - particularly neighbouring councils at Cleve and Wudinna who are also affected," he said.

"About $60 million worth of income is generated from agriculture in the district each year - this development will not even come close to that and it could impact agriculture's future in the area as well," he said.

"The risk is too unknown."