This Western District grower doesn't bother with urea anymore in his cereals and canola, preferring to use liquid nitrogen for all his crops' requirements.

Western District grower, Daryl Craig, has a fertiliser program with a difference. He doesn't bother with urea anymore in his cereals and canola, preferring to use liquid nitrogen for all his crops' requirements.

But this doesn't mean he's going light on nitrogen or limiting crop productivity. According to his agronomist, Nathan McKinley from Nutrien Bannockburn, Daryl's achieving some excellent yields.

"It's definitely working, he's really getting some good responses to EASY N and excellent results at the end of the season," Nathan said.

He described Daryl's cropping approach as progressive and precise, with the nutrient program based on soil testing over summer as well as deep N testing during the season to guide his nitrogen budget.

Daryl farms with his wife Elizabeth and son Michael on 2,000 hectares near Inverleigh, west of Geelong, growing wheat, barley and canola in rotation.

They switched to EASY N around four years ago, using it at sowing and during the season.

At sowing, 50 to 100 L/ha of EASY N is delivered in a band under the seed using a Liquid Systems (SA) pump and control module on the airseeder. 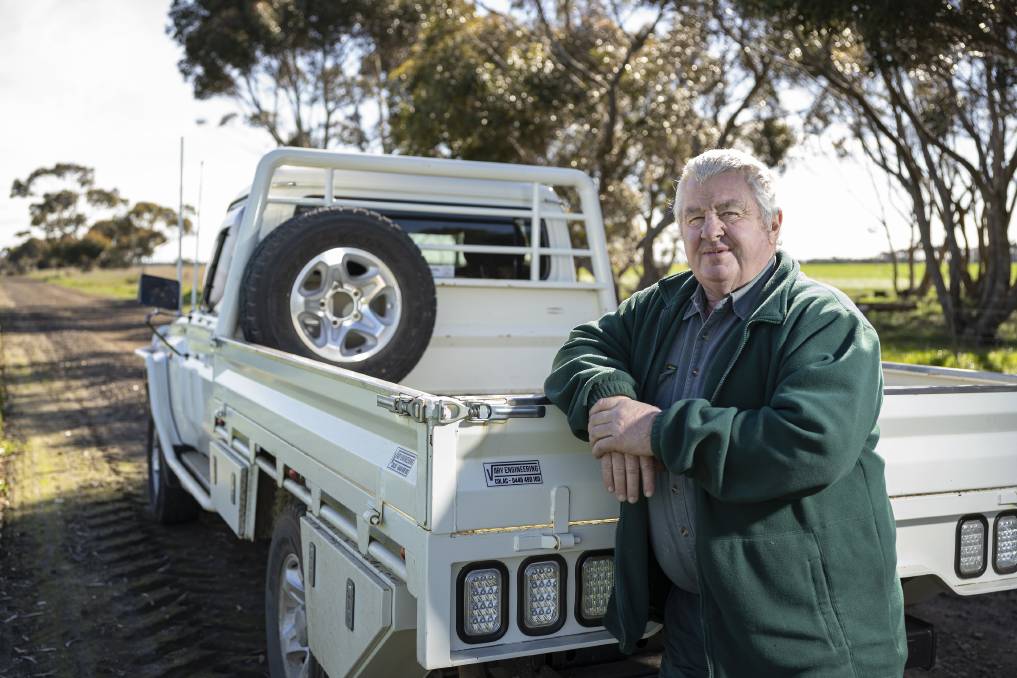 Daryl Craig says he can't fault EASY N - there are no downsides to it.

This delivers up to 42.5 kg/ha of nitrogen to promote good early vigour in the crops. He also applies 80 to 100 kg/ha of MAP to the side of the seed to supply phosphorus.

Post emergence, EASY N is applied through the boomspray using streaming nozzles at rates of 30 to 100 L/ha depending on deep N tests and targeted yields.

Daryl said using the boomspray made nitrogen applications easy, allowing him to get the job done on his own if need be.

He explained that by having streaming nozzles, the EASY N is directed straight down to the soil.

"The crops are actually very responsive to EASY N, because of its nitrate nitrogen which is readily available for the plants. You tend to see good results in the paddock quickly."

Nathan added that the nitrate nitrogen component of EASY N was particularly valuable because of the cold soils at that time of year, which slows the conversion of urea to nitrate nitrogen.

"The ground is so cold here post emergence that urea can take 21 days or longer to become available, but with EASY N, you can see the immediate response in the crop," he said.

"It's also less important to apply EASY N before a good rainfall event than with urea, because volatilisation losses tend to be lower."

Some of Daryl's crops are topped up with EASY N two or three times in the season, with spraying ramping up around the end of June and finishing by about GS37 in wheat. EASY N puts Daryl Craig in control of his cropping program at topdress, knowing he can apply nitrogen at any time with his boomspray.

"Daryl has led the way with taking up EASY N and now a lot of other people in the district are using it too, especially through the boomspray," Nathan said.

"It doesn't take long to go out and put 50 L/ha of EASY N on. You're in control and you know the application is going to be accurate across the rows for uniform crop growth."

Daryl and Nathan are also trialling variable rate application of EASY N to better match nitrogen rates with crop requirements in different parts of the paddock.

"We can't fault EASY N to be honest, it's simple to use and gets good results," said Daryl.

The EASY N they use on farm is stored in two 22,000 litre tanks, refilled by tankers from Incitec Pivot Fertilisers.

"It's simple to order, you just make a phone call and it gets delivered within a few days, so you don't have to spend time getting it in," he said.

"There are no downsides to it, it's an easy solution to getting your nitrogen."